Since the kids were little, all we have been hearing is that a trip to Disney World with them is a must do! As kids, we did go but hardly remember it. As adults, we went in our twenties and remember it but was a different experience than it is for little kids. Our recent conclusion is that although kids are excited and love every moment in Disney, the experience is as much for the parents as it is for the kids, if not more. The parents will likely remember their kids first time in Disney more than the kids will.

In the past few of months, Sheena and Nina have visited Disney World in Orlando, FL with their kids during separate trips and learned A LOT on the way. They had very different expectations and experiences. Sheena has been putting it off since the boys were young because of the sheer planning she assumed is involved in the trip. Hearing from so many of her friends that have been of what they planned and how they tackled it, she thought best to just wait it out. Nina, on the other hand, has Nesa who she was waiting to be a little bigger so she can take all three girls at the same time. She isn’t much of a planner, so she didn’t fear that aspect at all. 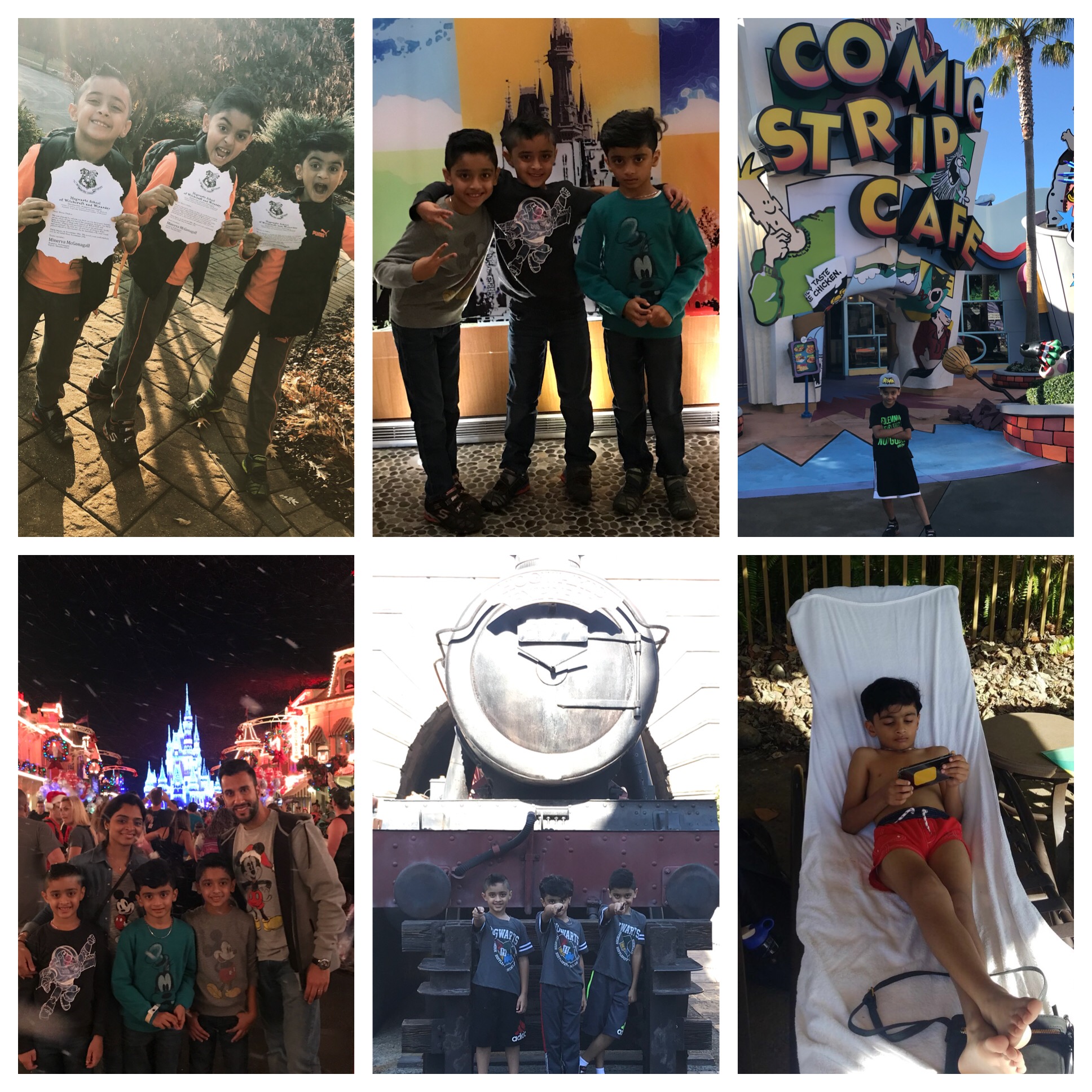 Sheena finally decided that it was now or never with the boys to take the coveted Disney trip. Even though the boys have grown out of Mickey Mouse phase, she figured they would get some sort of enjoyment in being in the most magical place on earth. Because of her fear of what it took to plan the perfect trip there, she decided to make this trip with one of her best friends. BEST. DECISION. EVER.

They decided to go at the beginning of December, which is apparently one of the slowest times of the year there. That is the truth. The boys are age 7, 7 and 6, so she knew Magic Kingdom wasn’t going to float their boats for 4 days straight, so she decided their best bet was to focus on Universal Studios and do one trip to Magic Kingdom. Universal Studios is geared more towards boys their age and it was a great decision she made. The Universal parks are more rollercoasters, 4D experience rides, Harry Potter and more. She didn’t want to cram too much into one trip, so she decided that they will leisurely do the Universal parks those days and do other parks during other Orlando trips. It worked out so well! The kids were all able to roam the parks, relax and go on every ride almost 2-3 times (also because there were ZERO lines everywhere). Sheena’s friend had been there before, so she knew exactly which rides they would love, which ones were the most popular and what kind of schedule to keep. Piggybacking on her made the entire trip go smoothly.

Some of the kids favorite rides were: 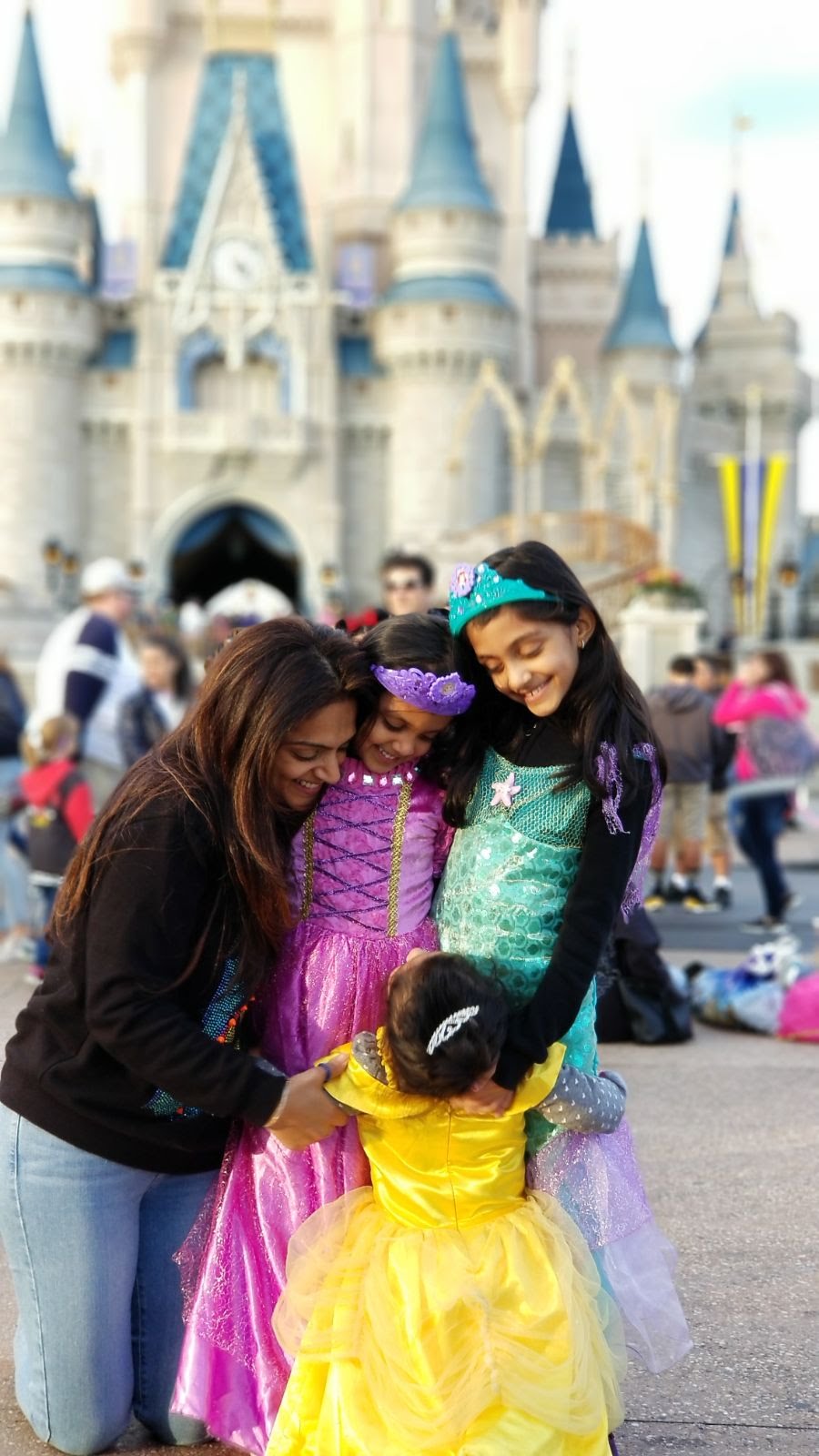 What a whirlwind! Deciding to go to Disney last minute is probably not recommended but that is exactly what Neal and Nina did. They decided 2 weeks prior that they were going to surprise the girls for a long weekend – which would give them 2 full days in Disney. In terms of pre-planning, clearly dinner with the princesses and all that jazz was already sold out, however, she was able to snag a spot at Chef Mickey’s. With the fast passes, Nina thought that since the girls are little and they would get tired and Nesa still naps, she planned her three fast passes throughout the day (~10a, ~1p and ~4p). She later came to find out that you needed to use all three before you could book more, LESSON LEARNED.

The day of the trip, Nina picked the girls up from school early and kept the whole trip a surprise. This was fun because they were guessing the whole way to the airport. Then once they got to the airport she gave each of the three girls a tiara and a wand of their favorite princesses – they were ecstatic and finally guessed Disney. Neal somehow was able to get a room at the Contemporary Hotel and for sure this was the best decision ever! The monorail comes right inside to pick you up and Magic Kingdom was a 6 minute walk! Fantastic! The only hurdle they hit was that it was pretty cold. Needless to say their days ended once the sun went down because it was just too chilly!!! They had an amazing time and the girls were truly enamored by the whole place. Seeing their favorite princesses is still something they talk about and cannot wait to do again! Neal and Nina were exhausted by the end but it was so nice to see their innocence really come to life as they believed everything/everyone was real! It will definitely be a few years before they attempt that again!