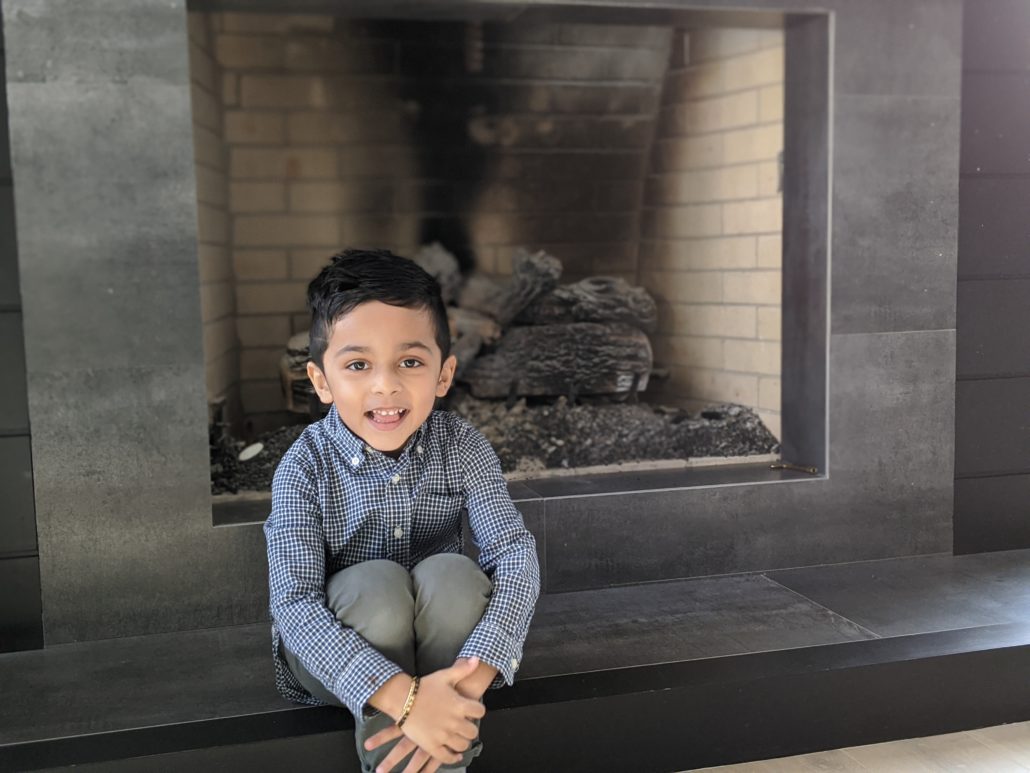 There are not enough words for how much this little guy has grown in the last year.  Though it seemed like he was 4 years old for about a decade, Dipti & Sachin made it to 5!

Diav has been through some big up’s and even bigger downs.  He broke his collar bone this year – that was fun.  He also amped up his tantrum game – more fun. But the biggest change we’ve seen is him learning how to express his feelings a lot more, which has been a very big challenge to respond to.  When Kallan, his little brother, was born, Diav embraced him and his position in our family immediately. There was no jealousy or anything. Up until about 3 months ago, Diav completely understood that mommy and daddy are going to be loving two boys, not just him. Lately, however, Dipti & Sachin have been seeing a bit of a shift, where Diav will now say, “it’s not fair Kali gets <this>,” or “you do <that> for Kali, why not me?” They are still trying to figure out if it’s a way to grab their attention or if he truly feels jealous (they are thinking more of the former).  They do their best to give them equal, undivided attention, but when 4 exhausted people come together for a nighttime routine, it usually doesn’t go as planned.  They are working on it… 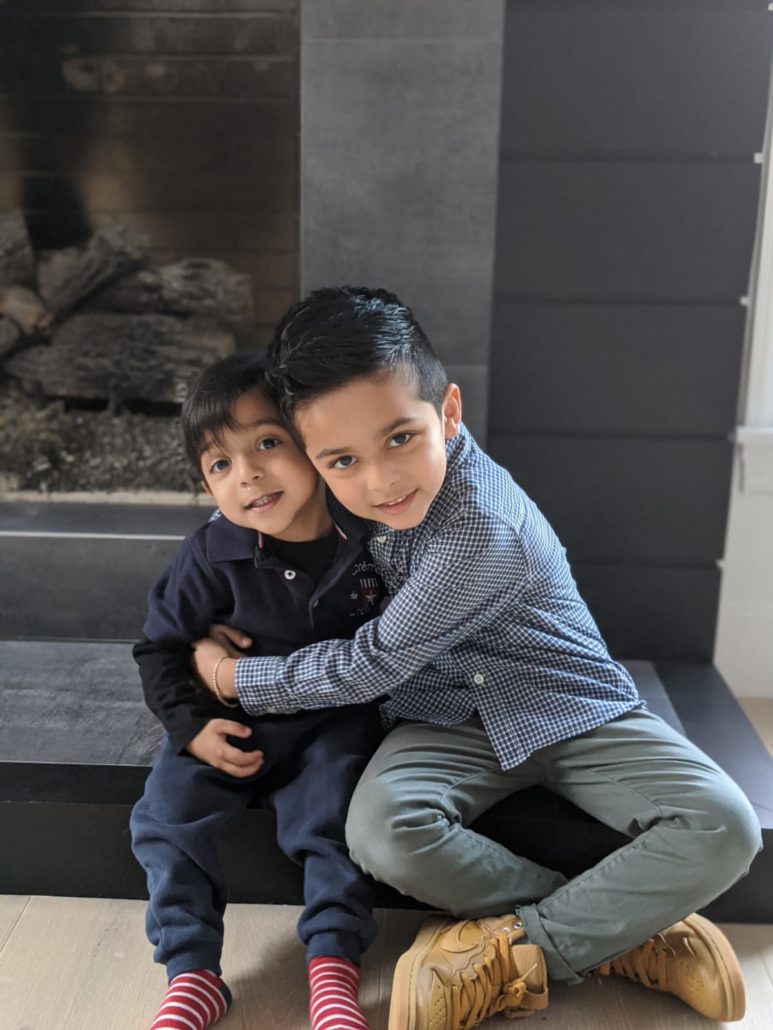 Though they are all going through a lot of challenges, Diav has become the sweetest boy ever.  He is obsessed with being a big brother and loves to “take care” of his little buddy. He’s also become very independent – he wants to dress himself, eat by himself, help mommy with cooking and dishes, and most of all, READ by himself (3 letter words, but still!!)! He’s extremely in tune with everyone’s feelings – always asking mommy if she’s okay and giving millions of hugs and kisses all the time because he knows they all die for them! He’s also become kind of a nerd – he loves going to “jai jai school” (religious school) and is the first one to raise his hand and shout out the answer (making his grandparents very proud!).

And he has big plans for being 5! He wants to start doing “all sports.” So Dipti & Sachin have signed him up for karate and soccer for the Spring to see if he likes it and next will be lacrosse.  He also wants to “cook more on the stove” (let’s see about that one). And he wants to build a (golden) tree house in the new backyard – ya, Nana promised him they’ll build it together and this guy doesn’t forget anything… So, good luck, Papa Vaid! 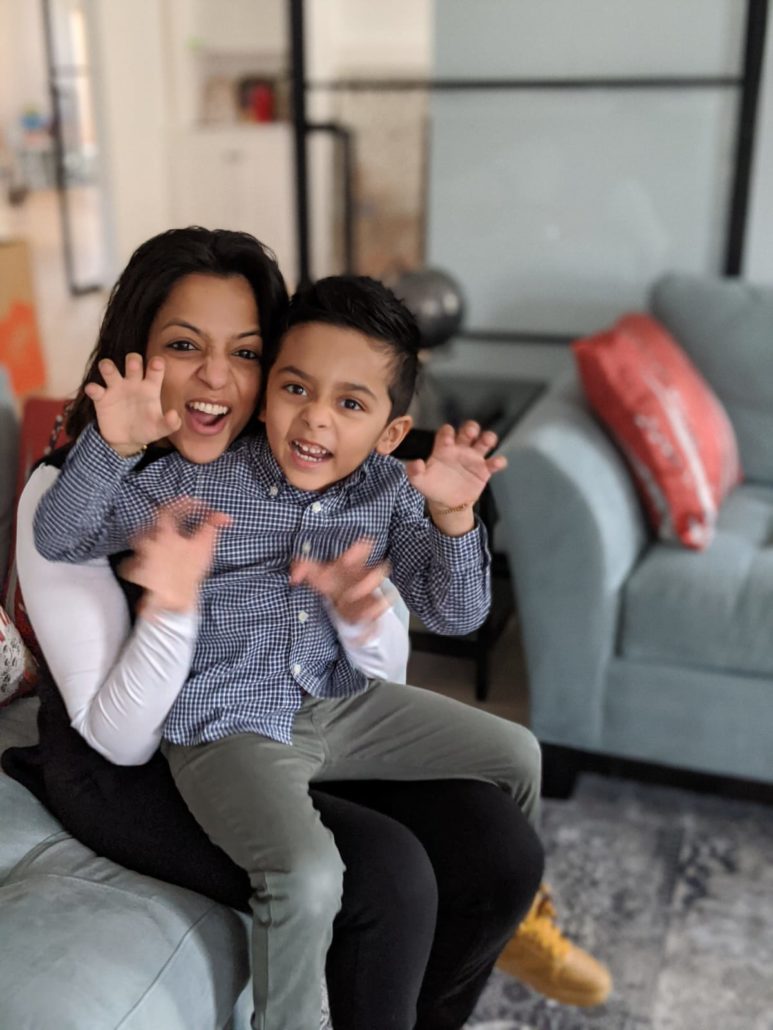 Dipti is still convinced she is too young to have a 5 year old (she’s been claiming she’s 30 for the last 5 years….). She definitely had a harder time when Kallan came along and threw a wrench in their smooth routine.  She sought therapy for a bit but ultimately they got into a groove and she’s much more comfortable with her family of four (which it shall remain till the end of time, so stop asking!). Getting used to a kid as opposed to a toddler has had its challenges but of course, Sachin has been the most amazingly patient dad and support system for her. And to top it off, she started working again so adjusting to a new routine has taken some work on all of their parts.  The mommy guilt of picking up the kids late and not getting as much time with them creeps it’s way into her head, but at the end of the day, she knows that they’re happy and healthy – which is all she cares about right now.  And an added bonus is that they have constant examples of hard work and perseverance in their parents. 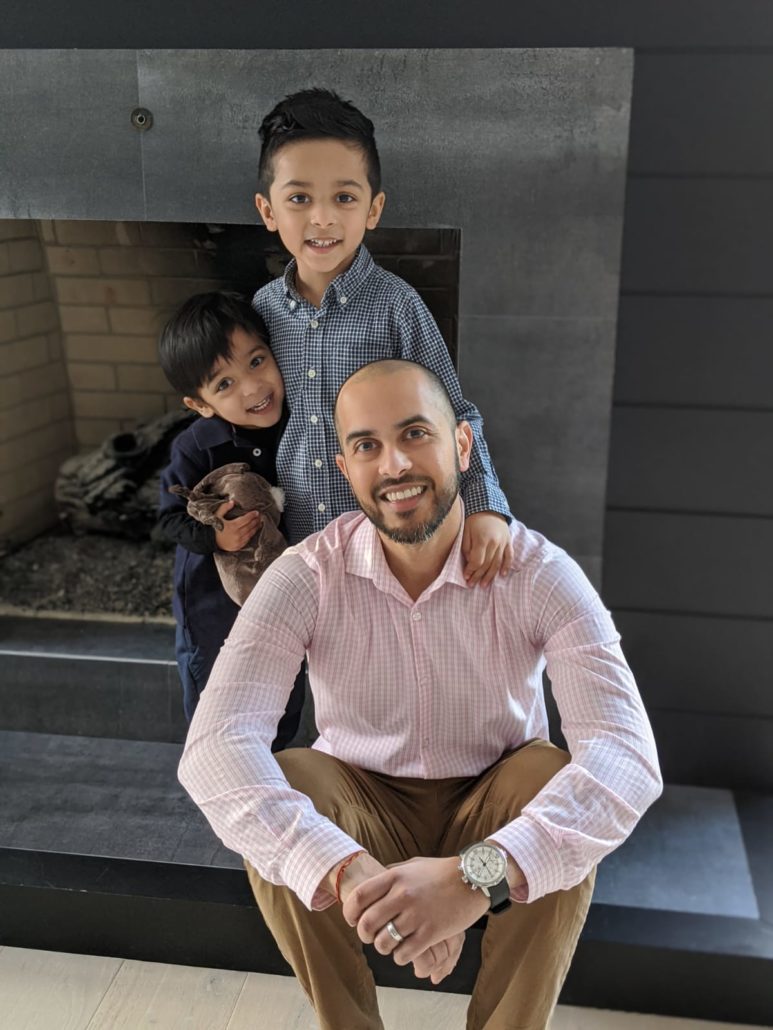 Right now Diav prefers pretend play. He’s always writing on the easel, teaching his imaginary students Spanish or Math or gibberish (sometimes Kal will give in and be a student but usually they’re co-teaching lol). He also loves his Hess trucks that his Aunt gets him for his birthday every year.  He loves everything Paw Patrol and PJ Mask but of course, plays with the toy once and never looks at it again. But most of all, he loves his books. Currently his favorite is Ganesha’s Sweet Tooth, which he reads every night (it’s amazing, but super long which is part of the reason he loves it – prolongs bedtime!). Smart kid!

All in all the four of them are enjoying the journey and looking forward to what the future has in store for them. Wish them luck on their road to 6!