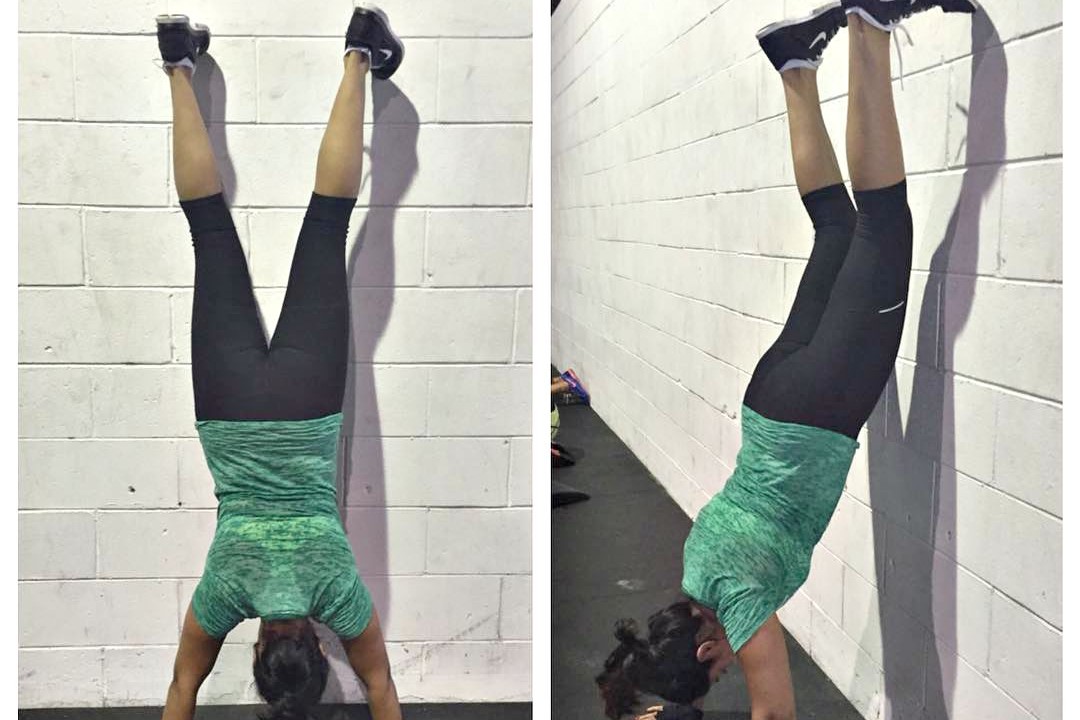 Sheena hasn’t always been a huge fan of exercise and eating healthy. She was more of the “all or nothing” kind of person when it came to working out, either she did it hard or didn’t do it at all. Throughout college, she was committed and worked out 3 times a week. After she moved back home, got married and started working she completely stopped. Since giving birth to her 3 boys, she has more obviously recognized that she needs to get back into shape and lead a healthier life.

Eating on a diet plan or a strict food regime is completely out of the question for her. She would rather exercise more than not be able to eat her sweets and dose of unhealthy food that she craves. She has come to terms with portion control, but sometimes it’s even hard to do that.

Sheena started her journey 3 years ago, when her best friend was getting married and she wanted to shape up for it! Her focus was to set small goals and (short lived) dietary changes. After much thought, she decided to hire a personal trainer at her gym to guide her through what she needed to do and how. She signed up for a year program at 3 times a week with the trainer. She knew that was aggressive but she also knew herself and by paying this much money per day to train with someone, she WOULD show up! Low and behold, she pushed herself (along with her hubby’s push as well) and committed to 3 times a week for that year. The following 2 years, she continued her routine, adding/subtracting some classes in the gym, but sticking to 3 times a week.

At the beginning of this past summer, she had finally come to a point where she didn’t want to go to the gym anymore because she was completely bored and unmotivated. It was the same routine every week and it became monotone. She was sick of it and needed a change badly!!! That’s when she discovered Crossfit. We know, most of you are probably thinking, uh oh! But that isn’t the case. One of our cousins has been doing Crossfit for years and has always suggested that Sheena try it since she was finally back into fitness, but she found it a little too intimidating. At the beginning of the summer, she bought a groupon for a crossfit gym near her and thought she would try it out.

Walking into it, she was definitely nervous. She had heard time and time again that she has to be extremely careful doing Crossfit as it is very easy to hurt yourself if your form is not right, or if you over do it. However, this particular gym has a program called, BFit, which is more along the lines of beginner Crossfit, where everything is modified to best fit someone that is learning the forms and exercises. She started off with the BFit program for about a month and then crossed over to Crossfit. Even now when she does Crossfit, she modifies the moves and weights to what her body can handle. The coaches are amazing and are almost like personal trainers, walking her through the movements and correct forms. She didn’t think she would like it so much, but now seeing how strong she really is and can be, it has motivated her to keep going. The change in workouts everyday is what keeps her going back, which is exactly what she needed at this point in her fitness journey.

As for diet, as we mentioned, she is not a “dieter” by any means. She moderates her carb intake as much as possible and tries to make her “cheat days” on the weekends. She loves to eat, so those crazy diets were never an option. She has realized its all about a change in lifestyle rather than trying to get skinny quickly. Even with cooking Indian food, she now uses Olive Oil sparingly, has substituted sugar with gor (jaggery), and minimizes salt. Rather she uses seasoning to enhance flavors and uses fresh veggies as much as possible versus anything that comes from a can. It is all about aiming to stay healthy, keeping a clean and proportioned diet, and enjoying life along the way. She realized that once something is not fun or motivating anymore, try something new, different, challenge yourself, and you will be amazed at how quickly you can get your motivation back!

Do you have any fitness routines/regimens that you love and would recommend to our readers.. we all come from different walks of life, different points and stages of where we are in our fitness endeavours. We would love to hear about what you have tried/loved/hated/desired when it comes to getting into shape!

Save vs. Splurge – Baby Edition

DIY Gallery Wall on A Budget