Goodbye Dairy, You Will Be Missed 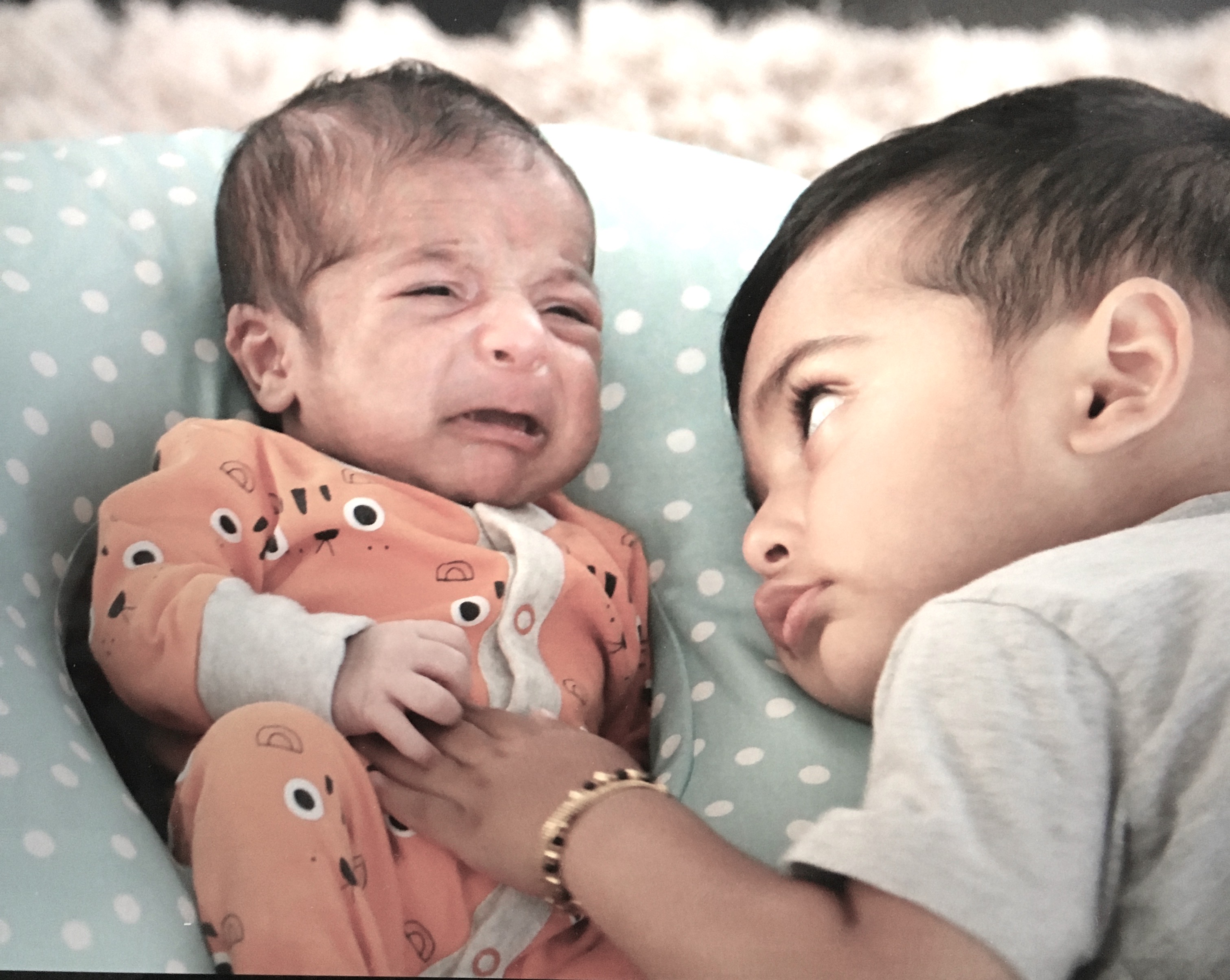 Here we are, 7 months in. Kallan Sachin Dedhia made his appearance on June 19, 2017 and along with him he brought a whole new set of ‘firsts” for Sachin and Dipti. As you may recall, Kallan didn’t have a smooth first few months. He was persistently fussy, screaming during feeds, and generally not a happy baby. We saw all kinds of doctors who diagnosed him with all sorts of things. Initially his pediatrician thought he may have silent reflux so they put him on Axid. After a few weeks of changing medicines, trying every bottle under the sun, sleeping upright, small meals, etc., they realized that reflux wasn’t the problem. A quick poop test later they found that Kallan had blood in his stool. They immediately diagnosed him with a dairy/soy allergy and advised Dipti to either put him on a special formula or try to eliminate dairy and soy from her diet. She opted to stick with breast milk as the mommy guilt of giving Diav 11 months of breast milk and none to Kallan would be too much for her.They also saw a gastroenterologist who told them that this might just a phase that Kallan was going through and to “wait it out” – turns out he wasn’t far from the truth!

As a vegetarian, eliminating dairy wasn’t the easiest. It meant no cheese, milk, yogurt, and ghee (for the most part). It also meant Dipti’s trips to the grocery store got much longer reading each and every label. Dipti is really not one to have self control over her favorite foods (she’s taken and broken many resolutions to give up chocolate and chai), but when it comes to the babies, you gotta do what you gotta do, right? The first two weeks were a real struggle as her tea tasted gross with Silk Almond milk and her craving for chocolate Fingers just shot through the roof. But with a lot of help from her friends and a husband who is so supportive he decided to give up dairy with her, she finally figured out how to make her meals as delicious without her favorite ingredients! 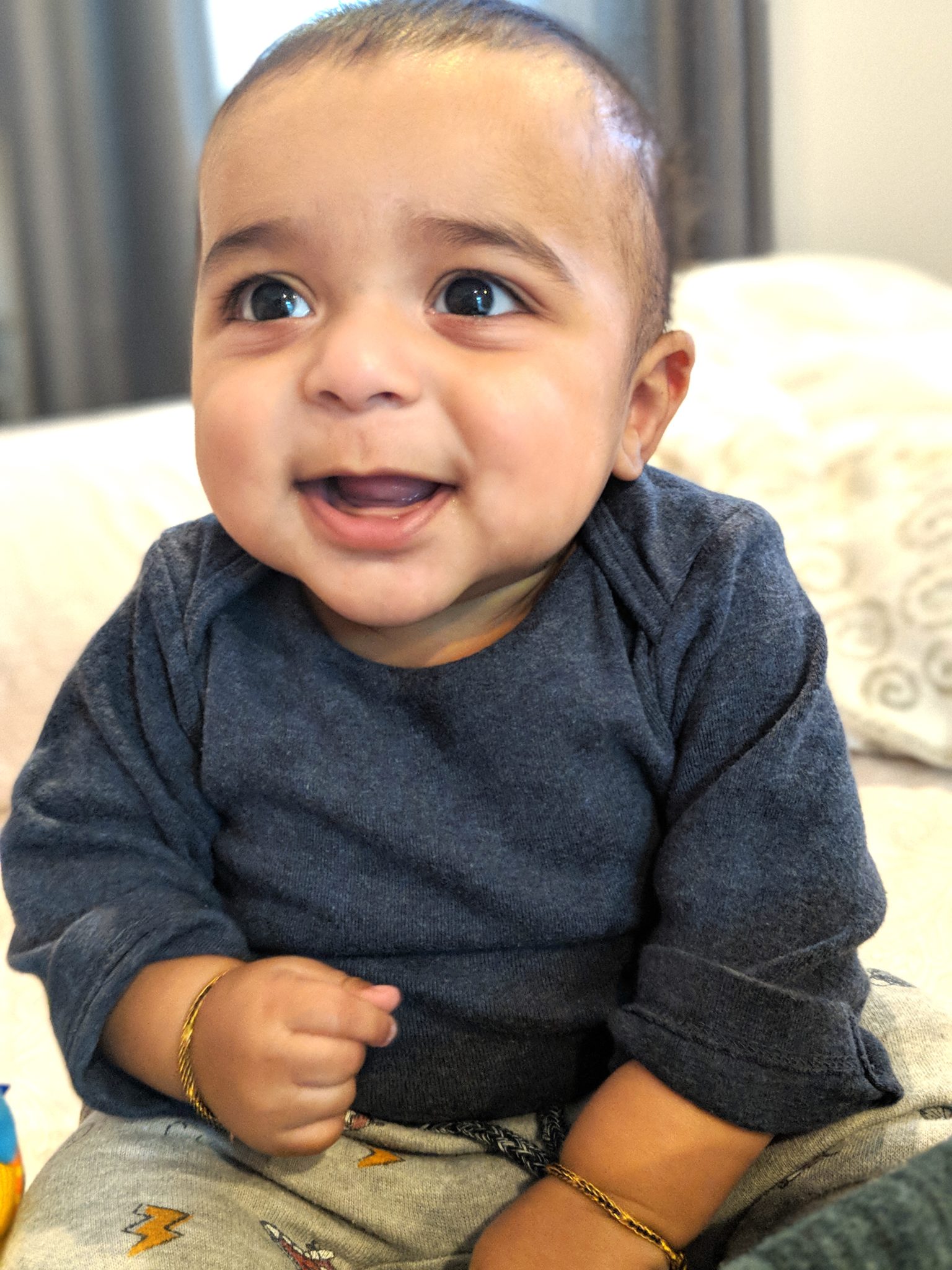 We won’t inundate you with all the specific ingredients of every meal, but there are a few specific items that Dipti has to tell you about that changed her view on this whole “no dairy” thing. First, she tried every brand of Almond milk under the sun and finally found that Wholesome Pantry (Shoprite’s in-house brand) is the best tasting for Indian chai (with masala and all). Once she was able to drink her chai in the morning, everything else didn’t seem so bad. She found that So Delicious makes coconut yogurt that you can make kudhi with and it tastes exactly the same as the real deal! While Dipti isn’t a fan of vegan cheese, Sachin really loves the Daiya cheddar cheese for Mexican food and Mikoyo’s mozzarella cheese for pizza and salads. And to fill her sweet craving, Dipti found that Enjoy Life chocolate chip cookies are the perfect treat. The best part is that there are so many dairy alternatives these days that cooking at home is super easy! If you’re in the mood to get creative check out Neha Eats Plants, her recipes are divine! The vegan diet really became an issue when going out and finding something to eat at a place that is not specifically vegan. Dipti hates being a fuss when they go out to eat – she already hates being the one to say “no tomatoes” for everything she orders so now saying “no dairy or soy” is just torture. To her surprise, many of the big chains have already been audited by bloggers for what you can order vegan at the restaurant (like Taco Bell!). When dining out, the vegan part was easy, the no soy part was the hard one. She’s found a few favorite places that she can eat (mostly Mexican) so for the next 5 months she’ll be sticking to those.

But wait, that’s not the end of it! As the diet was on way, Kallan’s fussiness still persisted. At one point, Dipti and Sachin figured out that the way to get him to drink his milk was to feed him super drowsy. That worked for a few days and eventually he didn’t take any bottles unless he was completely asleep. Getting him to drink just a few ounces was typically taking over an hour! Even though Dipti had eliminated dairy and his stools were clear, he was still having feeding issues. They went to a local feeding specialist who told them that Kallan had a tongue and lip tie and that his feeding wasn’t going to get better unless that was fixed. It didn’t make sense to them as he was eating in his sleep just fine but they were desperate for a fix and so they got the ties undone. After weeks of torturous exercises and stretches, no change. That’s when Sachin came across Rowena Bennet, a feeding specialist in Australia. After filling out her 100 point questionnaire, a one hour long Skype call changed their feedings forever! Rowena explained to them that Kallan had a “feeding aversion” probably caused by “pressure” that were were applying to him to take more than he wanted or to follow a schedule when he didn’t want to. She studied both parents and told them that Kallan was not going to be a big baby like Diav and that we needed to stop comparing the two in their milk intake (which they were definitely doing). Eventually she put them on a training that was essentially feeding him on demand and not offering a bottle more than once every 3-4 hours and lo and behold, Kallan became an amazing eater! Once they started solids, Kallan wasn’t really feeling it and Dipti was so scared of resurfacing the aversion so they decided to take a small break from food and revisit it when he’s a little more into it. They’re going to try “baby led weaning” for Kal to see if maybe his curiosity will build and then he’ll take solids (wish them luck!). 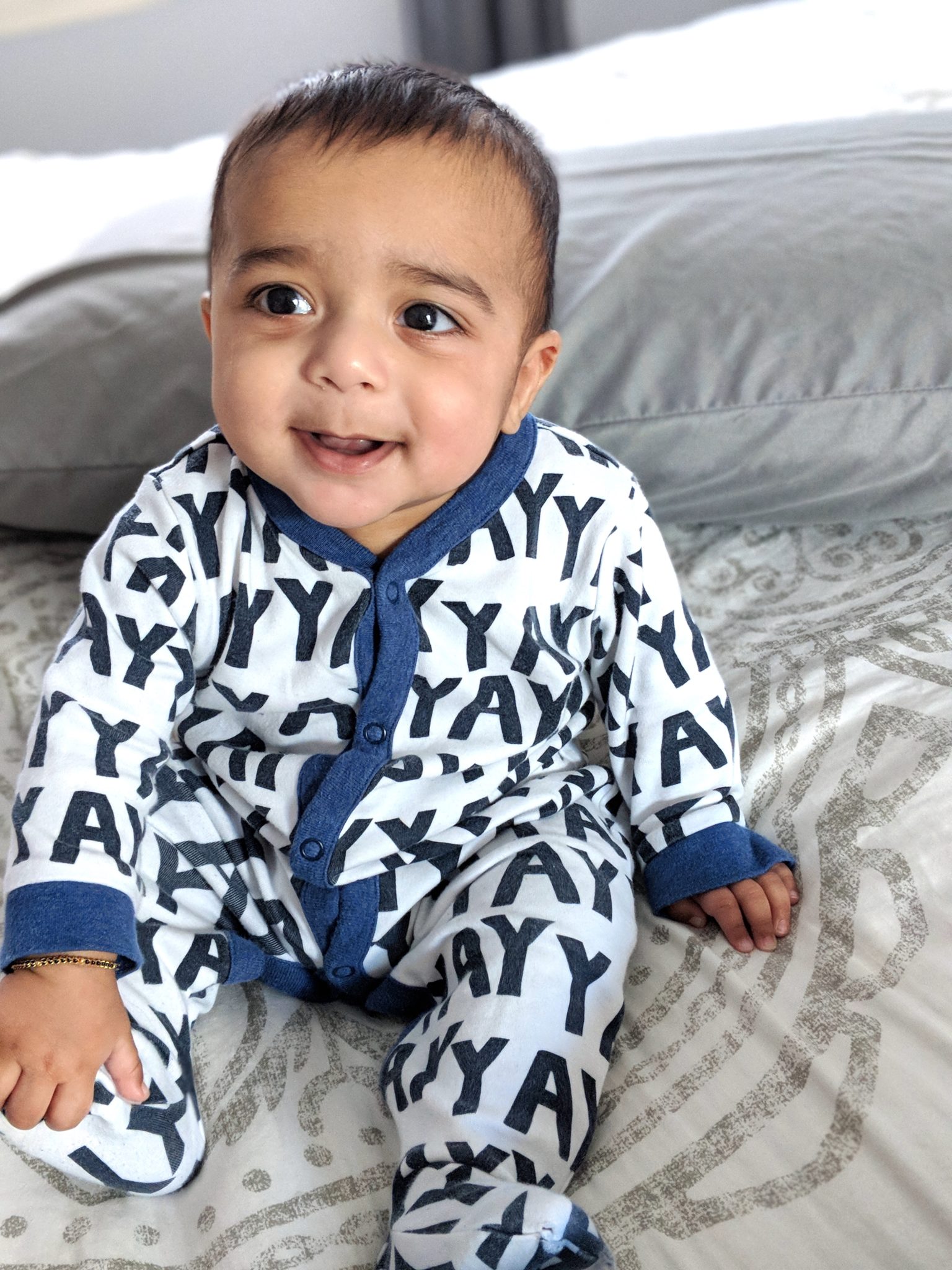 While this whole process is super common (they learned that after the fact), for Dipti this whole process took quite the toll on her. She hated that Kallan was so unhappy around people – something she made sure Diav never felt. She had so much help from her MIL and mom, but even they became frustrated feeding Kallan, which meant help was becoming limited. She hated that Sachin was spending long days at work and then coming home to a stressed out house. But more than anything she couldn’t bare the fact that she was losing time with Diav and becoming frustrated with him for making noise while she fed Kallan because he needed to be asleep to feed. Several breakdowns later, she decided to talk to a professional about what was going on at home, which ended up being slightly helpful but didn’t really fix anything going on. Once they spoke to the feeding specialist and embarked on their training things took a turn for the better and she finally felt like she could enjoy both of her kids! Her diet is what it is – it’s hard at times but the positive definitely outweighs the negative. Of course the grandparents don’t believe any of the “allergy” stuff is true (why do our parents think a life without ghee is no life at all???) but they’ve been super supportive anyway! Dipti’s been told that at the 9 month mark she can start introducing soy to her diet to see how Kallan does and then take on dairy from there. Lets see… Dipti and Sachin are actually quite enjoying the no dairy thing – though moderation might be better than complete elimination!

Dipti asked a lot of friends, friends’ friends, and random strangers for help and she couldn’t be more thankful for all the love and support. Thankfully that time is behind them and the whole family can enjoy Kal together!

Behind the Scenes Part VI

Behind the Scenes Part XI