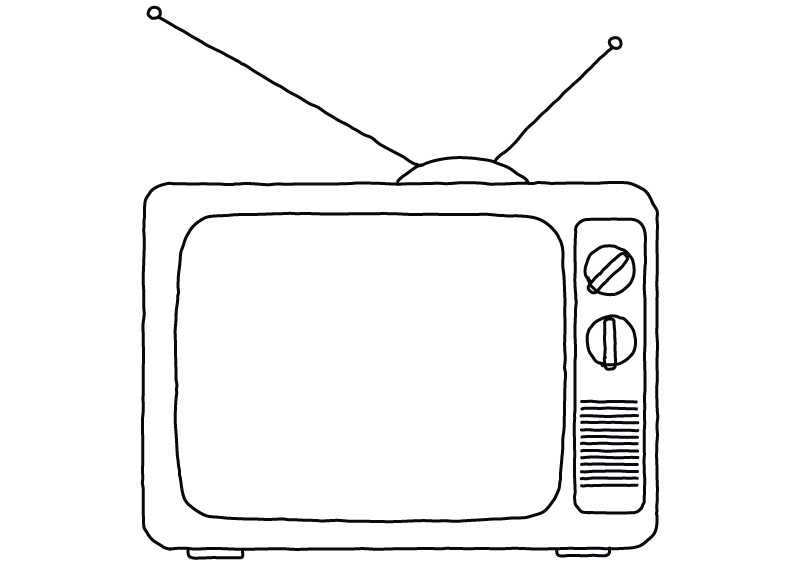 Ah, Summer is always so slow with TV shows going on hiatus till the Fall. The three of us never ever have TV to talk about because we all watch completely different shows. Sheena is a reality TV junky, Nina loves watching productive TV where she can learn a thing or two and Dipti is all about watching those classic comedies that you could watch reruns of all day. Check out what we’re all watching on TV (when we actually get a chance)!

Sheena’s TV loves lie on two different ends of the spectrum. On one hand she is a complete Reality TV junkie and on the other hand she loves those deep/dark drama filled shows. For her to pick her top 3 are tough, but she will give it a try. As for reality TV, she loves to watch The Bachelor/Bachelorette! The flat out ridiculous drama, acting, decisions and unrealistic dates for some reason entertain her. After the kids are in bed and the kitchen is wrapped up, it is the perfect mindless TV for her. Another favorite reality show is The Voice. She is a huge fan of all the judges on that show and more so the talent that is displayed is incredible. To see those artists grow and excel blows her mind. On the other end of the spectrum, a true favorite, is House of Cards! She isn’t so much into politics, but let’s be serious, neither is that show. She loves the drama of the rich and powerful unfold within the political world and she is a huge fan of Kevin Spacey. A few of the other reality and drama shows on her DVR are Greys Anatomy, Mistresses, Quantico, Suits, Keeping up with the Kardashians, WAGS, Famously Single and Rich Kids of Beverly Hills.

If you ever go over Nina’s place, you would be sure to see HGTV or Food Network on her TV screen (if it’s on! They have a strict no TV policy when the girls are around which is a bummer to avid TV watchers like Dipti). She is obsessed with the shows that renovate homes and then tries to figure out how to pull off some of the projects in her own home. This has definitely landed her on the crazy seat a few times!  One of her favorite shows is Property Brothers. She loves watching the projects Drew and Jonathan (yes she knows them by first name basis) pick up and how they completely transform spaces into their clients’ dream homes. If only they would come over and do her place up! On Food Network, she loves watching Ina Garten on Barefoot Contessa. Ina has the best recipes and literally measures EVERYTHING out which makes replicating her recipes a cinch! She also answers her readers questions which sometimes are super basic questions that we all have (like recently it was how to boil and peel eggs perfectly). Her one guilty pleasure is The Real Housewives of Orange County. She loves the drama and the versatility of the personalities. The show is her one show she watches without having to think about anything. Oh and her obsession with Heather Dubrow is getting out of control, so much so that she wants to build a Chateau Raoji one day… (don’t ask).

Dipti loves watching comedies on TV because it’s the perfect break from her day and she loves to laugh out her pent up frustration on those hard days. She was always a huge Friends fan (I mean who isn’t) and after she met Sach, it just grew exponentially! Thankfully Sach is a avid Friends watcher too (he can quote the entire series, literally) so the two of them love watching reruns on evenings that have been rough with D. It’s a nice break from their mental exhaustion to just sit around and have a few laughs (because Friends still makes them laugh)! She started watching The Office when she met Sach – he loved it for its dry humor, much like his. She wasn’t a fan at first but then she totally became invested in the Jim and Pam affair and was hooked! Now she can’t get enough of it – too bad there aren’t any reruns on! Modern Family is a show everyone Dipti knows loves but she never caught on until recently – yup, late to the party again. Dipti really clicked with this show because of the crazy mother that is Gloria. Sach always tells her that this one line encompasses Dipti as a mother: “In my culture, mothers are very clingy to their sons. In fact, the leading cause of death among Colombian women is when their sons get married. But I’m not like that. I just want Manny to be happy.” For those who know this show and Dipti – you’ll agree 100%! When Dipti isn’t watching reruns of her favorite comedies, she’ll watch Gilmore Girls, she binge watched Sons of Anarchy and loved it (far from her usual shows), Greys Anatomy, Master Chef, and Suits.