What if we could do it all over again? 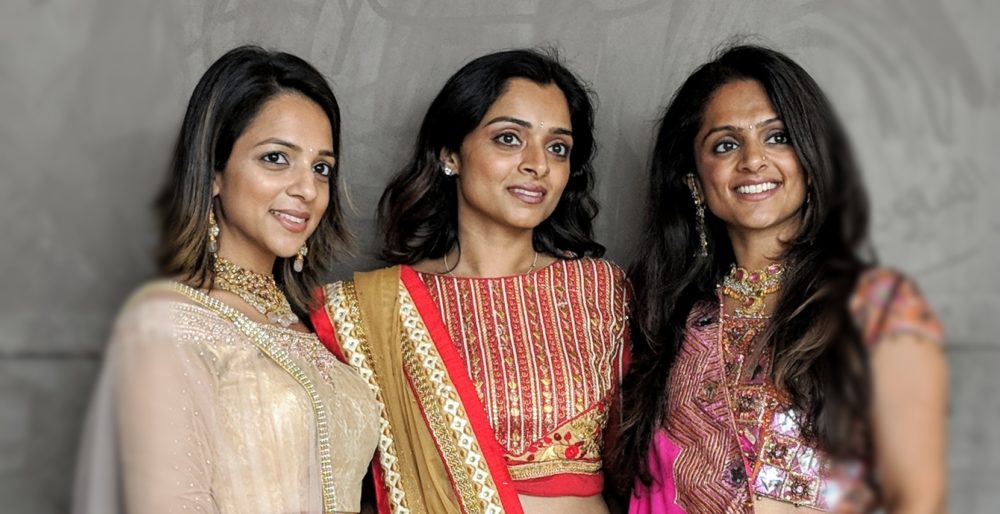 It’s a question we ask ourselves all the time. If the kids were 15 months again and we had the chance to change one thing, what would it be? As the youngest of the bunch turns 16 months, we find ourselves wanting to make all those changes we wish we had done with the older siblings. Of course there are things we did with them that we wouldn’t take back for the world, because it’s molded them into these beautiful humans who we love and make us laugh, and that we can’t imagine ourselves without. But there are definitely little things (and big things) that we could definitely work on as a moms. 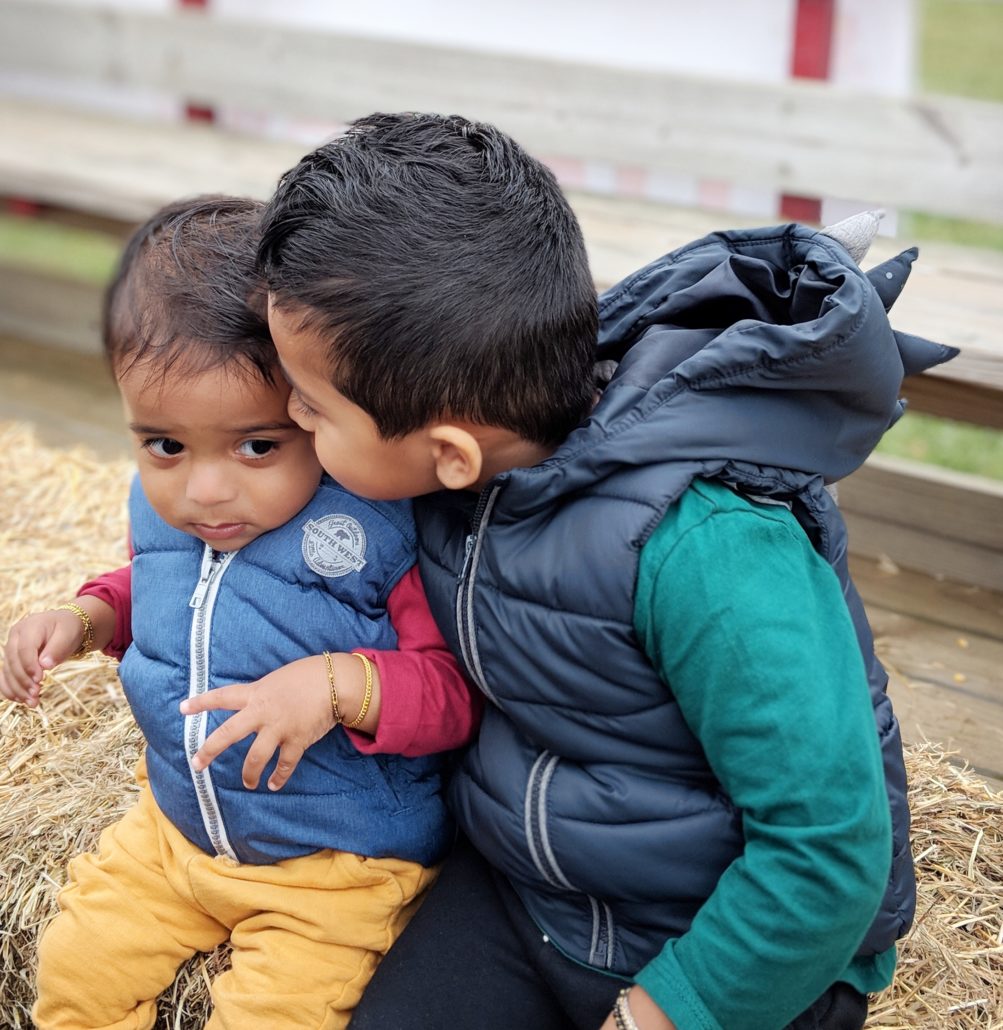 1) Relax. I take back all the times I cried myself to worry because he wouldn’t drink milk from a sippy cup, he wouldn’t walk when he was “supposed to,” or he wouldn’t sleep on his own without being rocked for an hour. All those things that I knew he’d do eventually but wasn’t doing when I wanted him to – I’d take it all back. I was a sad mom when Diav was small and it was because I had set these unrealistic expectations of a 1 year old who was just trying to do his own thing on his own time. I wish I had more patience to let him be a baby and chill out, rather than trying to rush through things I thought had to be done!

2) Control my temper. I had, well have, the worst temper when it comes to the kids. I’ve tried everything from praying to meditating to counting to 10 when I feel myself losing it but nothing has seemed to help. Our latest strategy is if they do something wrong I tell them to try again. Kal is still young but it seems to be working with Diav. Though, like this morning, if he refuses my offer, I lose it. I keep trying to remind myself that they’re both soooo small still and that losing my mind on them is not going to help build them into great kids like they have the potential to be.

3) It’s okay if they don’t eat. Diav was a tough eater when we started solids. He refused them until he was about 10 months. Now that he’s a great eater, Kal has made his debut as the pickiest eater of all time. I have to try 10 things before I find the right thing. Sometimes he’ll go days where nothing pleases him and he just wants his milk. After 15 months of this, I have now come to terms with the fact that he will eat when he’s hungry and I don’t need to worry myself sick over him missing a meal or two. I have to work on Sach accepting that, but we’ll get there.

4) Spend more down time with them. With Diav, I felt like we were always busy doing things – school then when he came home we’d do bath then dinner then books, then bed (and yelling at him to hurry to the next thing). We never got to just hang out. Now that Kali is getting a personality of his own, all I want is to get to know the boys. I want to spend time watching them play, interact with each other, with me, with their dad, and have a chance to talk to them. We started spending 15-20 minutes a day in the evenings just letting them run around, goof-off, and just be kids. Yesterday I caught Diav pretending to be Kallan’s teacher and telling him to take his work out and draw his lines and “pay attention.” It was the best thing ever!

5) Be More Positive. All I hear myself say is “don’t do this” or “do it this way” and it’s awful to look back and think, wow, all I ever did was stop them from doing things. I want to be more positive and encouraging whenever I can. Instead of telling them to stop doing something that’s annoying me or that’s not good for them, I tell them other things they can do or “that it’s a great idea but a safer/less annoying way of doing it is… Some things, like banging on their tables as if they’re drums, will just get a “STOP!”

1) Less Stuff. Whether it be a gift, a hand me down, or something new I’ve gotten them, I wish I had accumulated less stuff. Even though I’ve been through several toy purges in the last 7 years, I wish there wasn’t so much to begin with. The girls have boxes and closets and a basement full of toys that they absolutely don’t need. If I could do it all over again, I’d definitely let them have a few “essential toys” and skip the hundreds of things that were “in” at the moment.

2) More Productive TV. My house is known for the “no tv” house. The kids used to get together at my house to go in the pool or play in the huge backyard or throw the ball around with Nylo. While I’d never take that time back, I would definitely let the girls have some down time watching productive TV and movies so that they had more exposure to things that scare them now. We can’t get through the first 10 minutes a movie that has a villain in it because Naya is too scared to watch – even the Lion King!

3) Take More Risks. Being that Naya was the first girl of the group, I kept a tight hold on her in terms of being rough and tough. I would always try to keep her out of the way of getting hurt by others who were more rambunctious than her. Keeping her close has now led to her being super sensitive when she does have a mishap. I would have let her loose, fall a few times, get a few cuts and bruises, and toughened her up a bit.

4) Worked on Myself. Looking back, I wish I had taken advantage of self-help methods to be a calmer, more productive momma. I knew people around me who did and it made them such amazing moms. Had I taken advantage of meditation or yoga, or anything where I could find my chi, I think it would have helped me understand just how small my babies were and that the “big things” that were bothering me were only big in my head.

5) Get a Buddy for Nylo. This one is pretty self explanatory. I sometimes look back and think that we should have gotten 2 dogs when we had the chance – Nylo could have had a buddy to grow up with instead of fighting for our attention over the girls. 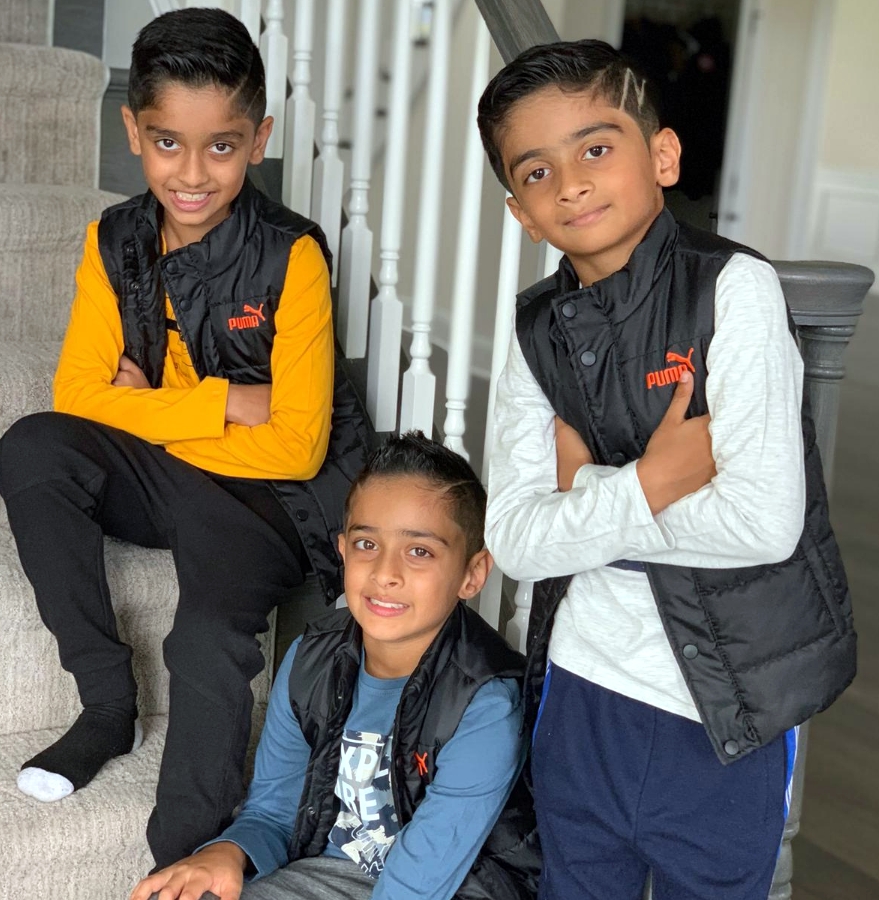 1) Listen to them. I always feel like I know exactly what’s going to come out of their mouth and react way before they say it. Even when it was an argument about wanting to do something or watch something or eat something they’re not supposed to, I always was quick to react – usually in anger – before hearing them out.

2) Helped them use their words. Naturally with 3 boys all the same age it gets a little heated and physical in our house between all of them. Now that they’re older, this behavior is completely not acceptable but they always revert back to it because that’s how they’re used to expressing themselves. When they were younger, I wish I had encouraged them to use their words with each other instead of a physical altercation to solve their differences. It doesn’t help that I, myself am really bad at expressing myself in words – I usually just shut down. So it’s a learning process for all of us.

3) More Books. I wish I had introduced them to more books at a younger age. Currently they read what they’re assigned at school and read to get it done. I wish I had spent more time reading to them and exposing them to different worlds that you can only find between pages.

4) Humility. The twins are the first grandkids on both sides of the family so you can just imagine the spoil level there. Anything they want or ask for is in their hands the very next moment – no matter how outrageous the thing is. I wish I had spent more time teaching them to love and appreciate what they already have and explaining to them how lucky they are to have so much. I’m working on this now, and they’re starting to understand a little, but they very easily revert back to asking their grandparents for the latest gadget once their eye catches something.

5) Better Food. We have a list of about 20-30 items that go through rotation. They’re meals that we know the kids are going to like and eat quickly. Looking back, I wish I had exposed the kids to different types of food and given them a broader variety apart of mac n cheese and pizza all day long! MAYBEEE it would have even eliminated their nut allergies had I done that.

OF COURSE it’s never too late to do any of these things and trust us, we’ve been trying. It’s hard to change yourself to then be able to make positive changes in the kids and that’s what the three of us are working on. We know we have the most amazing kids anyone could ask for and are so incredibly happy and blessed for what God has given us.

Giveaway by TRC – Design Your Space