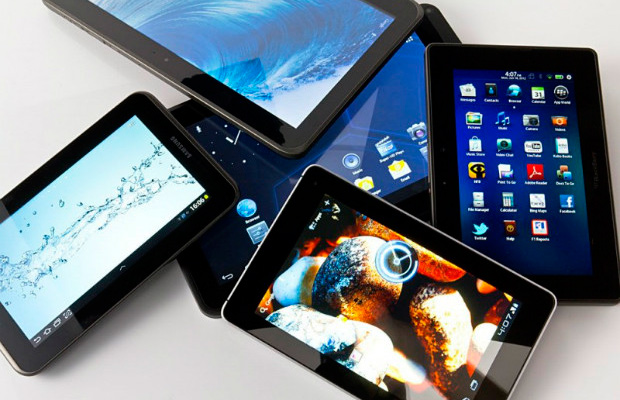 We’re always asked about things our kids are caught playing with or using. Naturally we all want to make sure our children are getting the most out of their toys and gadgets and who to give better reviews than mom themselves? We figured we’d share their top items that we’ve bought for the kids this year that have definitely gotten their money’s worth.

The Toddlers (Diav and Kallan):

1) Bed Bumpers: Diav decided to make the switch from toddler to big boy bed this year and we knew it was going to a tough one since he loves to do gymnastics in his sleep! I searched high and low for comfy options to make sure Diav didn’t take a fall and wake the whole house up. These bumpers are THE best! They’re super comfy and soft, they don’t slide around and off the bed, and they’re super affordable!

2) Workbooks: There is nothing I love more than the Target Dollar Spot. This time around I found these amazing workbooks for Diav that are super fun and come with stickers (every toddler’s dream toy). Diav can bang out about 4-5 pages a day which keeps him busy when mommy’s cooking and gives him some brain exercise! 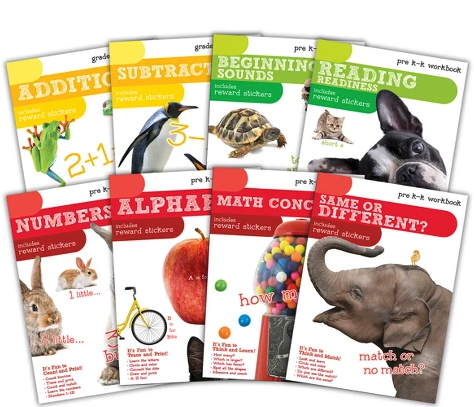 4) Cash Register Toy: Diav is all about his numbers lately. He loves nothing more than showing off how he can read numbers and letters. This cash register has a big, clear display that shows him the numbers he presses and he loves to sit on it for hours! Kal likes to press the big numbers on the toy so it’s a win win for both! 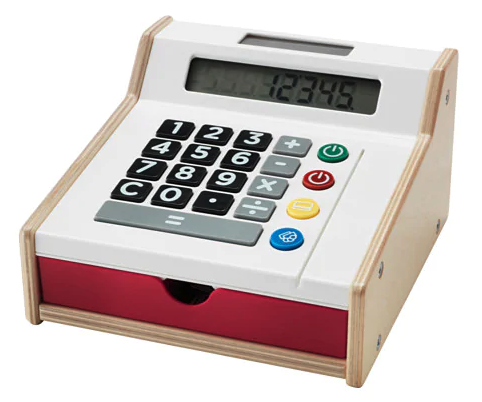 5) Water Bottle: Walmart currently has these awesome character water bottles for kids. The best part – they’re .87 cents (and I think they were on sale for .25 cents at some point). They have the best characters like sharks, poop emojis, smiley faces, and more! And who cares if they lose it at school – it was .87!!! We bought 5 of them just incase!

6) Yogurt tubes: For real, this is the best thing since sliced bread! These on-the-go tubes of yogurt are a mom’s best friend! They’re super easy to hand out when we’re running late and for some reason both boys love to eat out of them as opposed to the pouch or tub! Hey, whatever works!

7) Glue Stick: Diav is beyond obsessed with his glue stick these days. Every second of free time he gets he has mommy to do a project with him. These glue sticks are awesome because they’re minimal mess and they’re just enough stick for a toddler project. Diav’s latest project was inspired by a friend of mine – tracing his name in construction paper circles. He loved using his glue and seeing the final product! 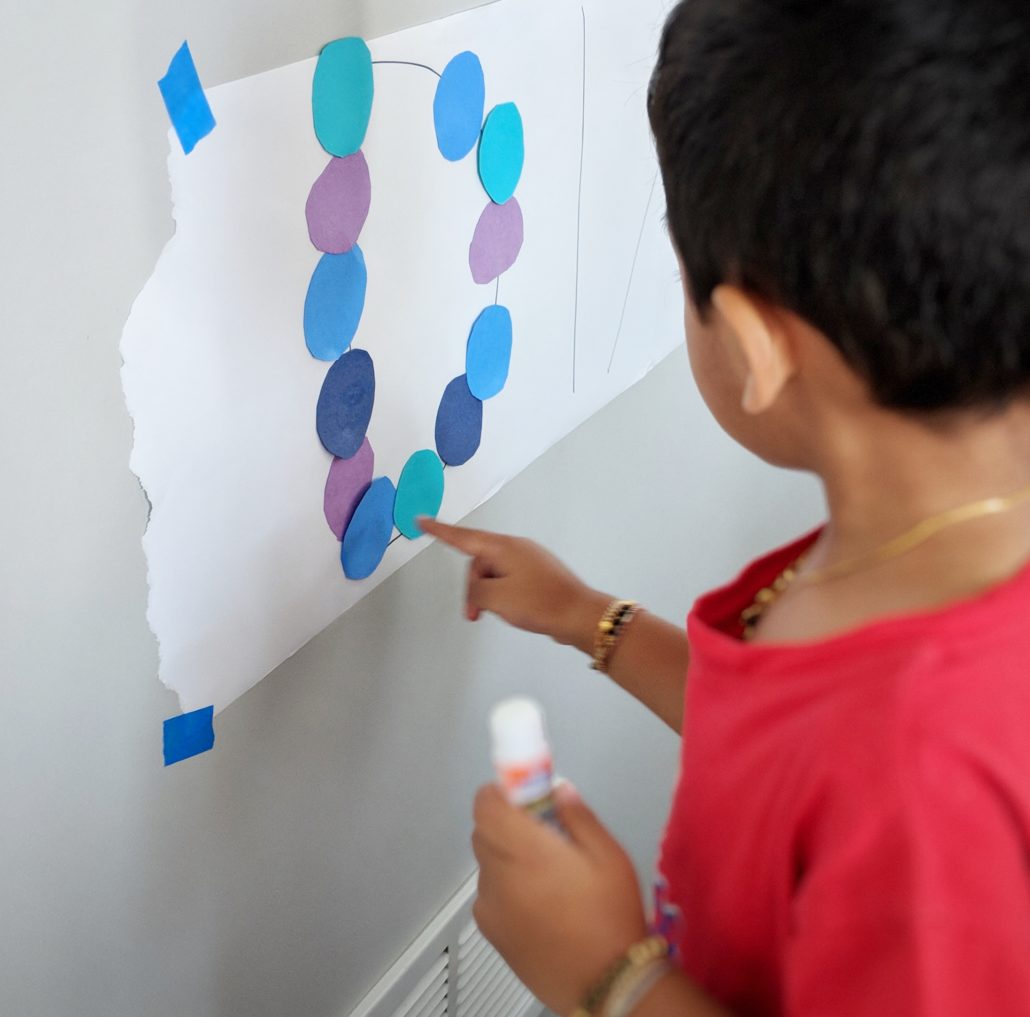 8) Old IPod: Diav has been hearing his mommy and daddy talk a lot about e-mails lately – mommy is waiting for an e-mail from jobs and daddy is always “clearing out his e-mail.” We used to use the old ipods for white noise and now that we’ve phased it out for Diav, he uses the ipod as his phone where he can take pictures, “talk” to his grandparents and “check his e-mail.” It’s the cutest thing in the world to hear him talk like a big boy and even cuter when he wants to take a selfie with mommy.

9) Play Kitchen: This one is a oldy but goody. We got this play kitchen when Diav was born and he was obsessed with it when he was younger. Thankfully, Kallan is just has into it as his older brother. Except instead of play cooking like his brother, he takes all of mommy’s important things and hides them in the cupboards and drawers! 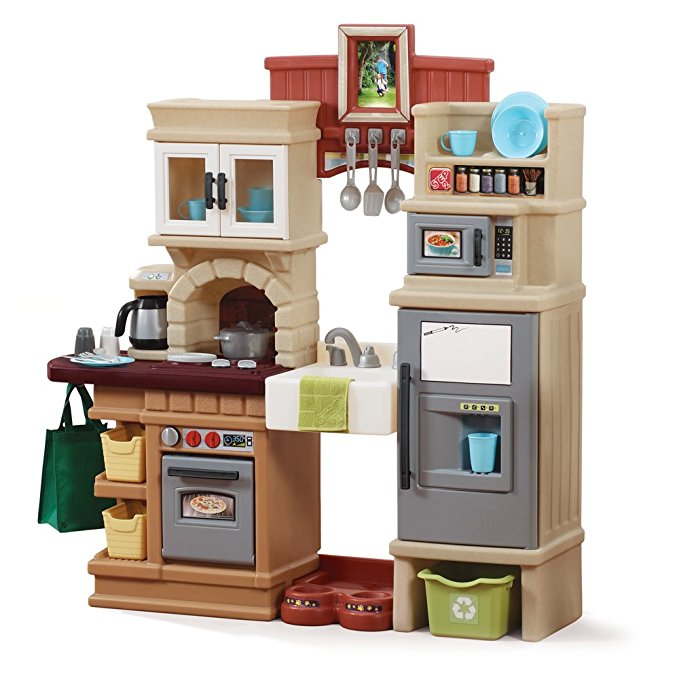 10) Silver Bowl and Spoon: These two tiny items are the only two things that will get Kallan to eat anything, at all, ever. I put some of his food in the bowl (which has to be this particular one) and he “mixes” it with his spoon and in his play, I manage to feed him his entire meal. I don’t know what’s going through his head, but it’s been a life saver- literally.

1) Construction paper: The girls have been obsessed with construction paper these past two years. They make human size replicas of themselves, they do projects with their dada making paper cameras, and now they are obsessed with making the fortune teller game thing. I love the Costco pack because its like $10 for 600 sheets!

2) Peel and Stick Tattoos: All three of the girls are into press and peel tattoos. The activity is fun for them and its a fun reward to give to them. Even the baby gets in on it. It doesn’t matter what the tattoo, as long as they have one on, they’re game!

3) Marbles: We recently started rewarding behavior with marbles and its been going really well. As they accumulate a certain number of marbles, they can pick a prize. The more marbles the better the prize! It’s helped with keeping things in order and it’s a fun visual they can use to see their good behavior getting noticed. 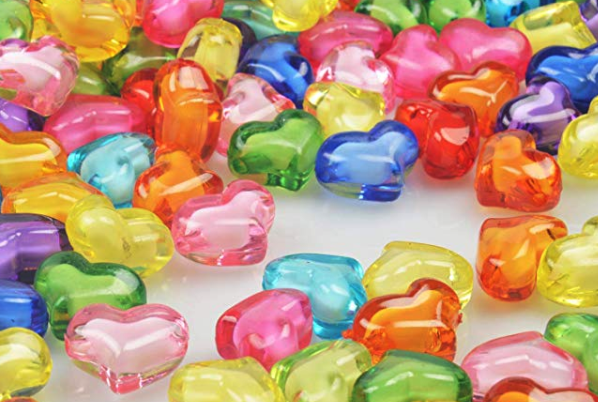 4) Diary: The older two girls are really into imaginative writing so we got them diaries from their book fair. They love writing about things in there related to friends, school, things they did, places they went, how much they dislike their sister at the moment, and so on. It’s cute to be able to read them right now… as in the future they might demand some privacy.

5) Carters Underwear: I have gone through SO many brands of underwear and really need the kind that are high in the back for when they are busy playing. I have sworn by these underwear for the last 4 years and Carter’s now sells to age 14! SCORE!

6) Laptop: We busted out one of our old laptops to allow the girls to have some time to practice typing and writing on a computer because lord knows that’s their future. The girls really seem to like it although then it becomes a battle for who gets to use it and when. We are working on that part, but so far they like their computer time.

7) Costumes: There is a new found love for the Frozen characters in our home at the moment. These chicklets wake up and want to put on the costumes and listen to the soundtrack to and from school. LET IT GO I say!!!! HAHA. They let Nesa wear the small version of the costumes and will tell her that she is the version of when Anna or Elsa were young in the movie – WHAT A RIOT! 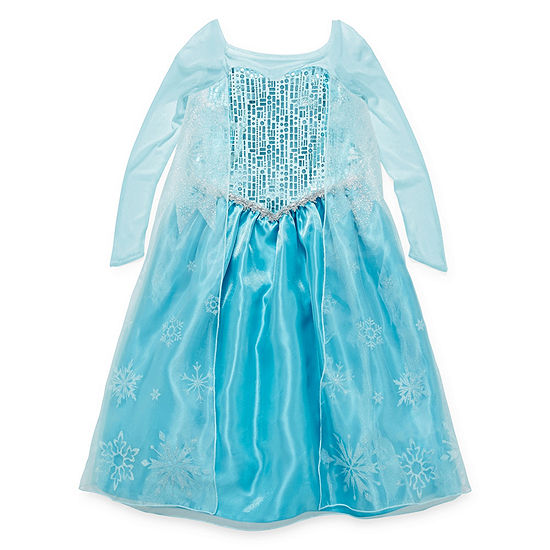 8) Unicorns: All things unicorn go in this house (and so many more across America). Rainbows, headbands, bracelets, clothes, anything you can find with a unicorn, it’s loved in this home!

9) Cat in the Hat: Now that I’ve started school, the occasional show must go on TV. The girls LOVE Cat in the Hat – partly because everything else they are scared of and partly because there are really fun story lines with a lesson at the end of each one. I don’t mind it so much either as it is educational and entertaining all at the same time… To the Thingamajigger!!

10) Press-on nails: No matter how hard I try to keep them young, they want to get older! Press-on nails were recently discovered by the two older girls and they’re obsessed. They can’t get enough of the look, especially when they see their mommy and masis with long nails. Nina can’t blame them too much since she was a fan of them herself! Even the baby tries to put them on her tiny fingers! 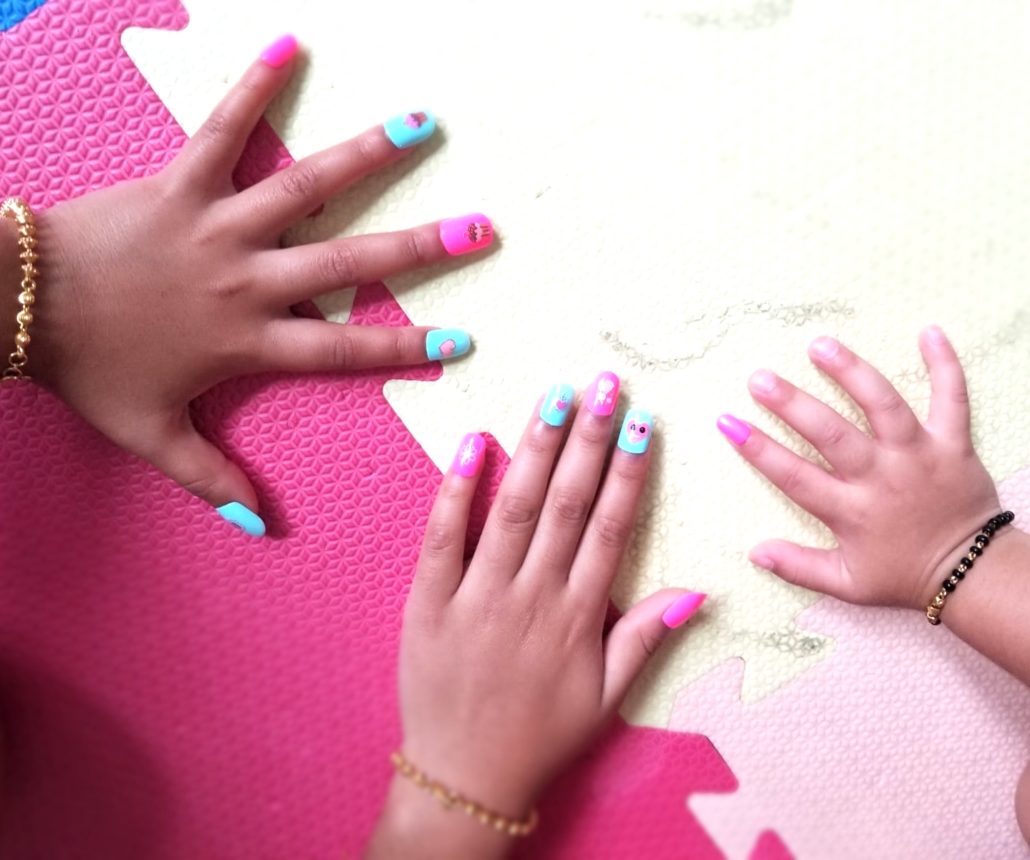 1) All Sports Balls: Soccer ball, football, baseball, basketball – These boys have become super obsessive with sports (and every sport at that) so their number one necessity in life these days is some sort of ball.

2) Headphones – the boys have needed headphones in school for certain classes and assignments for the past couple of years, but now they want those fancy Beats headphones that look like the ones they see on TV or in music videos for school and their ipads. The $5 Target earphones are just no longer an option! I definitely didn’t get them the beats, but I did give in and get them a similar style that they like and are affordable! 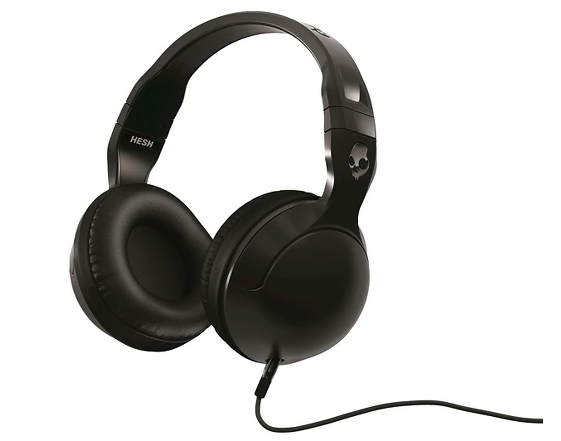 3) Shorts – I’ve noticed that these boys are FOREVER wanting to wear soccer shorts – like ALL YEAR ROUND – so I’ve invested in getting them a bunch of great quality shorts with some under-armour for the colder months. What is it with boys and always wanting to be in shorts and a shirt? I’m not complaining as it only makes my shopping life easier, but in the middle of winter…really?

4) Sneakers – There was a time that I would buy all their shoes and whatever I bought was fine. Whether it be rain boots, sneakers, slip ons – anything! Now there is a preference of what type of shoe they want (high tops, low tops, etc), must be sneakers and the colors. I secretly love that they have a fashion preference, but sheshhh, understand the seasons boys!

5) Video Games (Nintendo) – Honestly, I was completely against this purchase, but their grandfather decided it was time and he couldn’t take saying no to them. I had decided that I would have them earn this one thing because sI knew how badly they wanted it. But I also couldn’t say no to dad, as he was so excited to fulfill this want for them. The boys are not too crazy about iPads but love this gaming toy and quite frankly it has saved me and Samir a lot of headache in a few situations/outings, so we’re ok with it. We limit their time on it but are happy the boys are enjoying these toys. 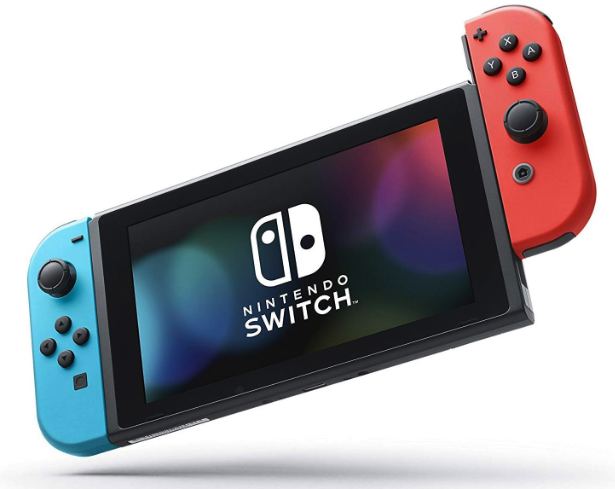 6) Booster Seats – the boys spend a lot of time in the car when traveling. They recently graduated from full on car seats to no seat at all (well at least the twins) but I’m still nervous to make that change completely. I’ve invested in super comfortable backless booster seats that they can use in the car with fun little compartments so they can store their toys and trinkets in to keep them entertained. I figured this would give me some peace of mind and maybe give them incentive to sit in a booster seat for a little while longer.

7) Backpacks – the boys have always had fun character backpacks or the ones from Pottery Barn with their initials on them for school. Of course this year they wanted nothing of the sort. They are into the Under Armour ones that look like adult bags, because, let’s face it, they think they are miniature little adults in little boys bodies! I love that they are growing but sad it’s happening so fast.

8)  Google Chromebook – The boys have been doing A LOT of work on their chromebooks in school now and have noticed that they lag a little in the speed department because I don’t let them have too much screen time at home. However, I decided to buy them their own chromebooks (of course for educational purposes only, lol) for them to practice school work and typing. They love these and want to get better at them, so they are always practicing when they can.

9) Skateboard – the boys are total outdoorsy kids. They love being outside on their bikes, scooters, etc and lately they’ve been loving riding a skateboard. They think it’s a different type of thrill than a bike or scooter so I let them but with some serious coverage of the body (ie. helmets, knee pads, elbow pads, etc). Oh the stress! 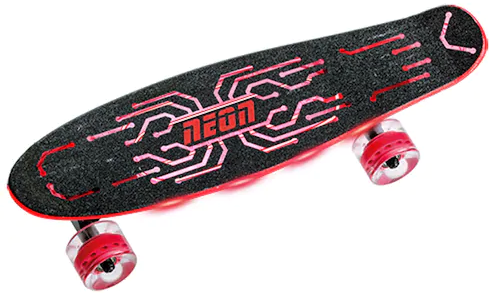 10) Mechanical Pencils – for years the boys have used #2 lead pencils in school and at home. This year they have discovered mechanical pencils and love them. It is much less headache for me to clean up pencil sharpening dust and the tip stays sharp always. Score!