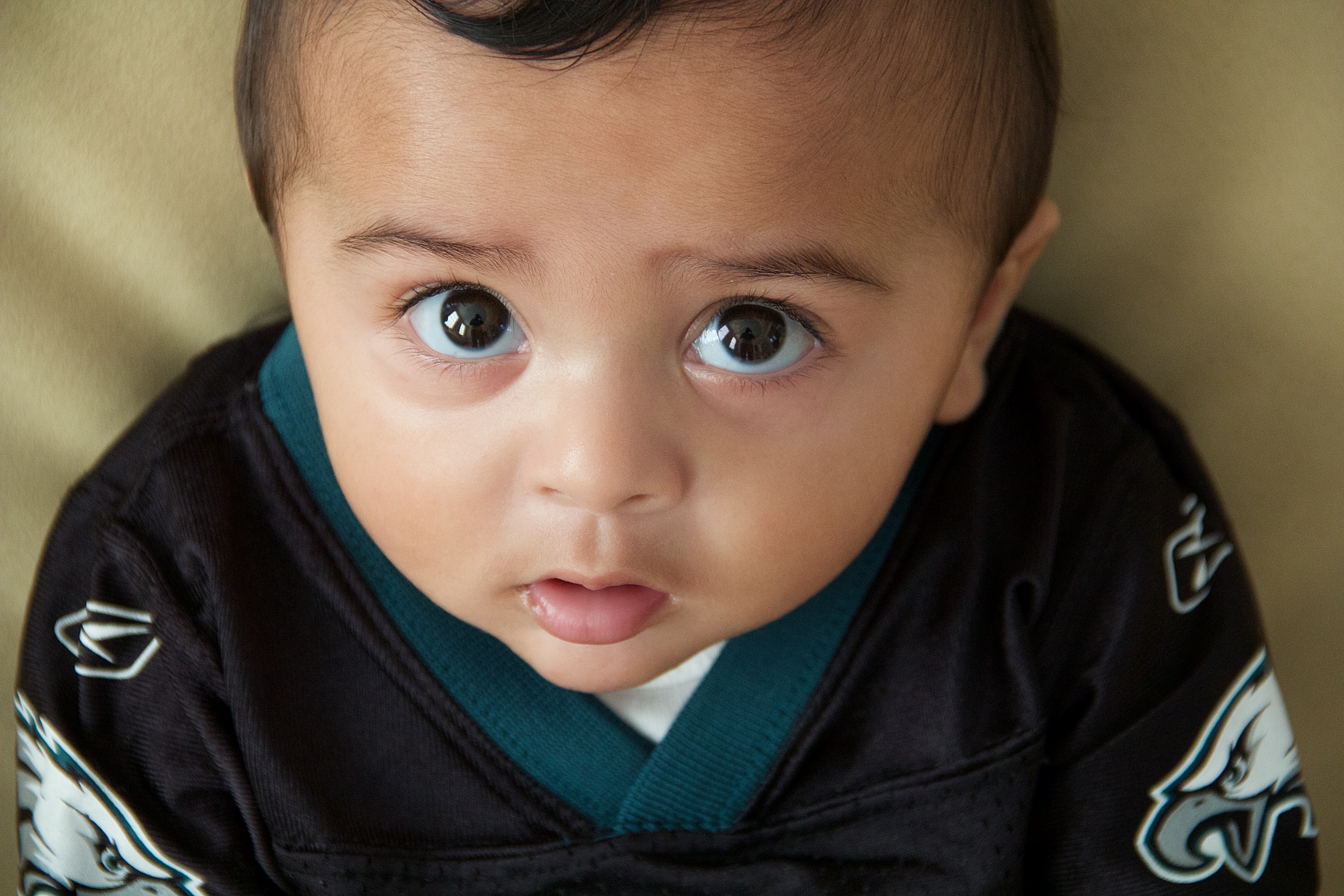 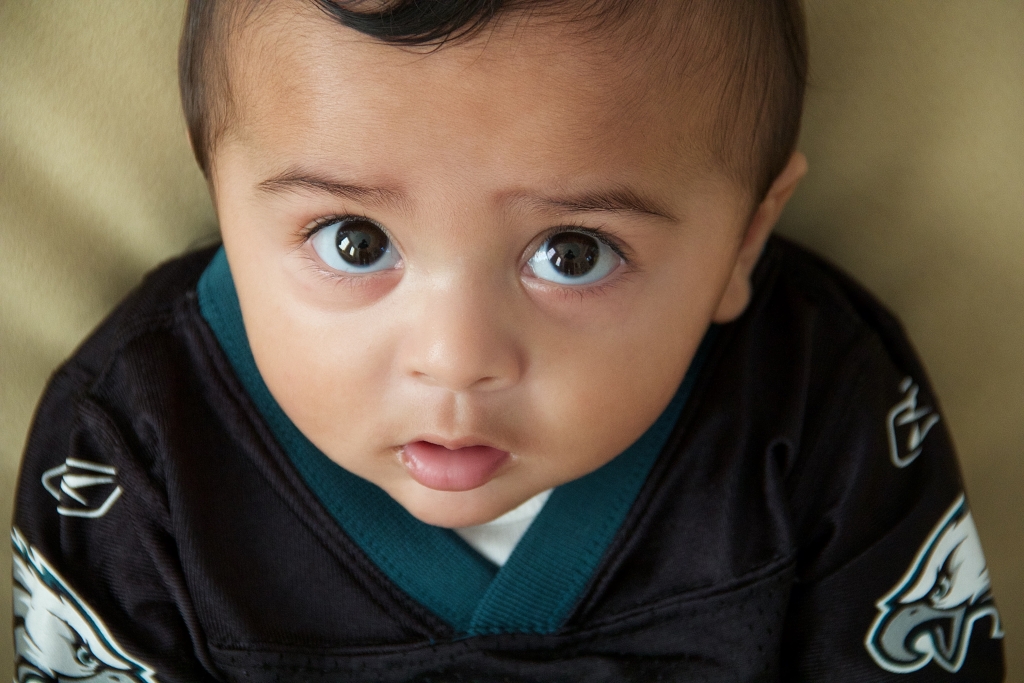 Boy, is this kid testing our patience! D, our little man, continues to move (literally and figuratively) at his own pace. This little monkey has decided he has no interest in crawling or moving in any fashion – no matter how much we poke or lure him – it’s just not happening. At first, this did worry us a little, but after speaking to so many different people about their experiences, we have come to terms that each child is indeed different. If he has made up his mind not to crawl, so be it, he may just skip it all together. However, he has decided to stand (still propped) along with his protest against crawling and we’re excited about that! He has also made up for his lack of movement with his abundance of words! D is in full blown babble mode! Who knew “nanana” and “dadada” and “mamama” would be music to our ears!

SOLIDS – We can’t thank you all enough for all your words of encouragement and advice on D’s struggle with solids! Turned out he needed a nice long break and when we started up again, he made it very clear he did not want any cereals (rice/oatmeal/mixed grains). He also didn’t like anything made fresh! So we’re doing warm jarred food and he’s loving it – FINALLY! We are going to take it day by day and see where his taste buds are going to lead us

Dipti attempted a part time job with D to keep her law license active, not put too much of a gap in her resume and to keep her mind active. Since the grandparents wanted time with D, she figured they could watch him 2 days out of the week while she was in the office. It turned out to be too hectic for everyone with commuting to drop him then occasional sickness bouts etc. So for now she has decided to take some time off from working and focus on the little one as he is learning to eat solids and more importantly, sleeping through the night (training in progress…). She decided to revisit the “work” topic when she and daddy feel comfortable putting him in daycare. She would love some advice on anything you recommend for bonding time outside the home that is fun at the 9 month age as she looks for things to pass their time together. 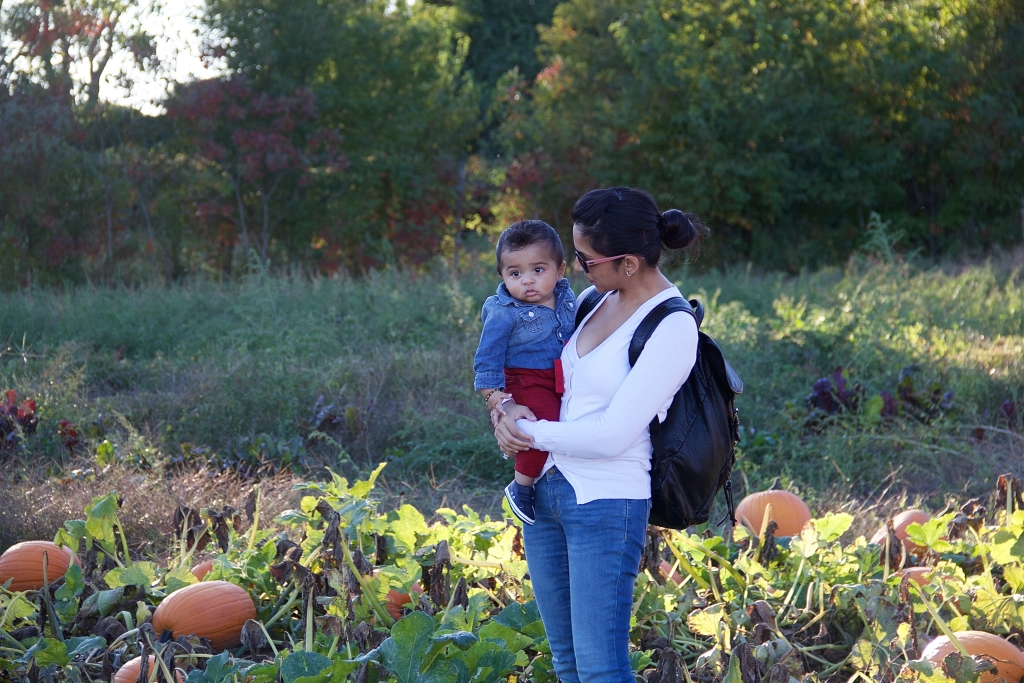 As mentioned above, D has taken a stance against mommy’s home cooked meals (already!), so Dipti buys him Beech Nut brand jarred food. She loves the levels they have and the slow progression into more complex and textured foods! But more importantly, she loves that D loves it! Now that D loves standing, Dipti loves to prop him on to his Standing Activity Table (similar here). Finally, if you’re here on the East coast, you know that we’ve been having crazy weather (40s one day, 70s the next)! Dipti couldn’t figure out what to put Diav in at night – she had sleepsuits all ready to go but the covered feet made D too hot. She finally decided to go out and get him weather independent sleep suits and can’t get enough of these Target ones! 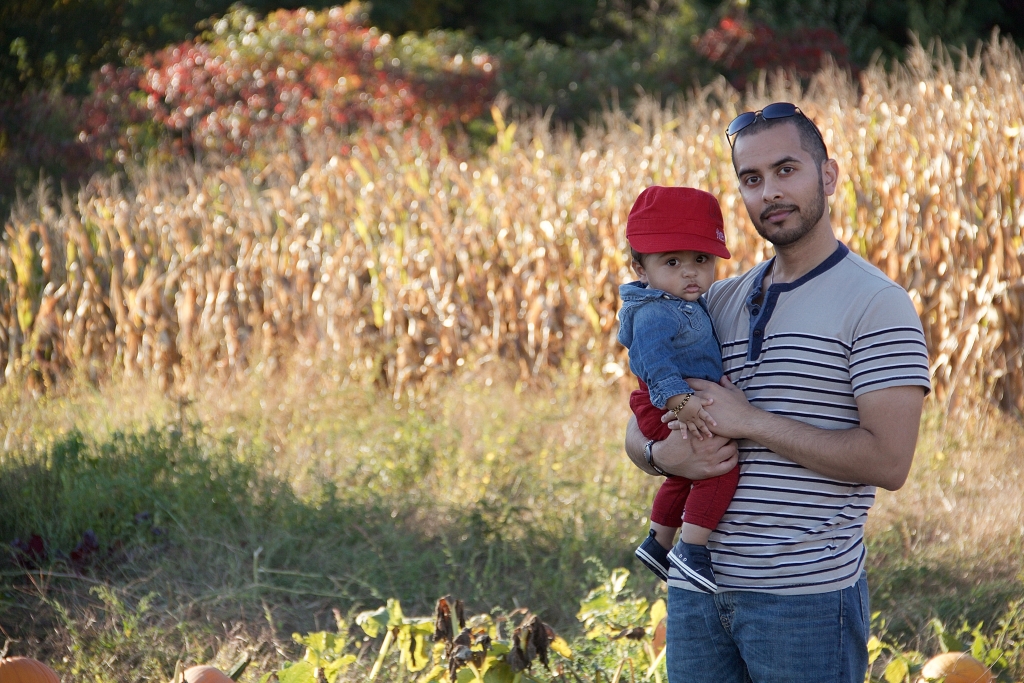 Now that Dipti is done pumping, she is shocked how much more time she has in life – to spend with Diav and by herself! His nap times aren’t consumed with pumping, washing pump parts, etc. etc.! Speaking of, Diav is almost done with his freezer stash of breast milk – and it’s been shocking how well D went from breast milk to formula! We started him slow – 1 oz formula with 5 oz breast milk – and then gradually increasing the formula and decreasing the breast milk. The whole process probably started a month ago, and as soon as the freezer stash is out – he will be on 100% formula! We thought it was going to be another thing to add to the list of D’s preferences but luckily he took to it well! Dipti and Sachin, every once in a blue moon, bring up a second child and the memories of how hard it really was puts that into perspective real quick!