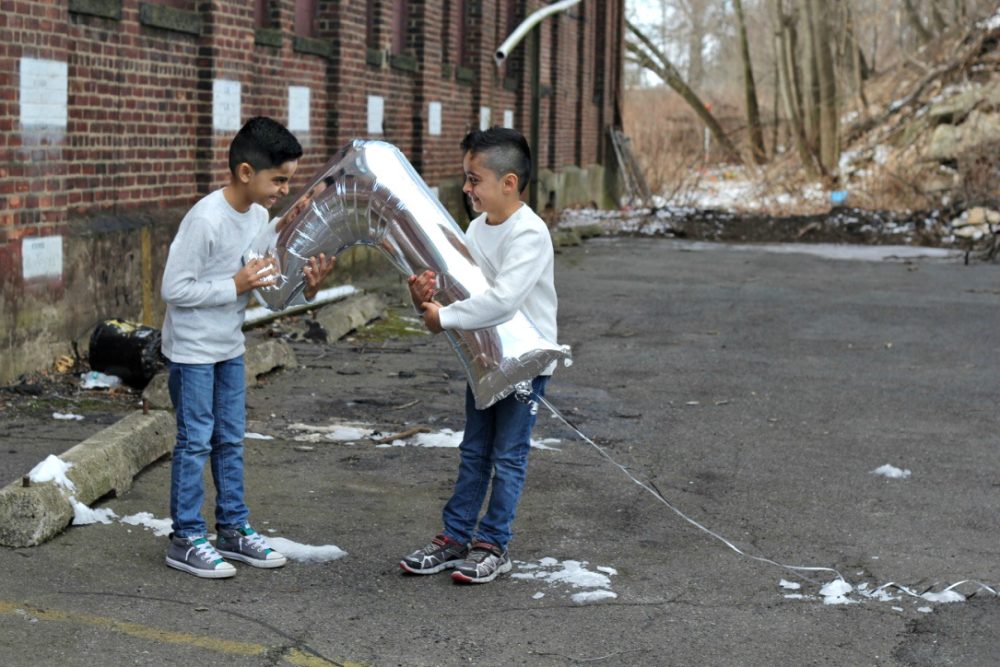 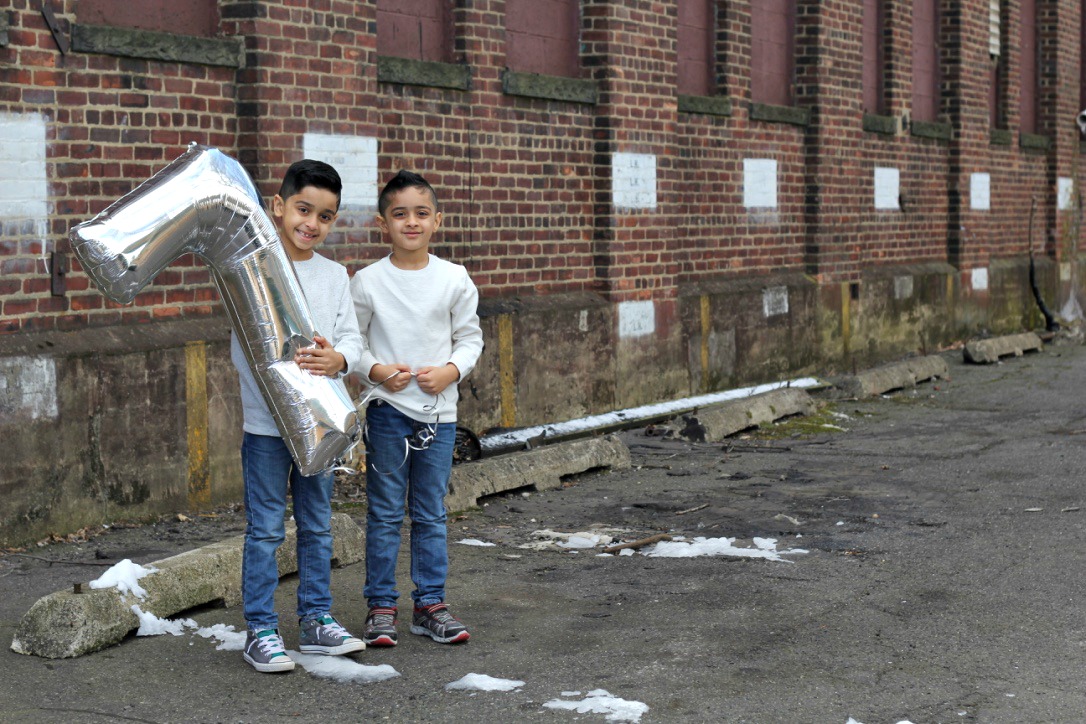 Sheena’s twins turned 7 this past weekend!! Time sure does fly when you are having fun, although, we aren’t really sure the past two snow days were very fun! Cabin fever got the best of us! This age definitely comes with its challenges however, it also comes with its rewards. As they grow, Mommy and Daddy are learning just as much as the kids are. The most important of which is, patience! 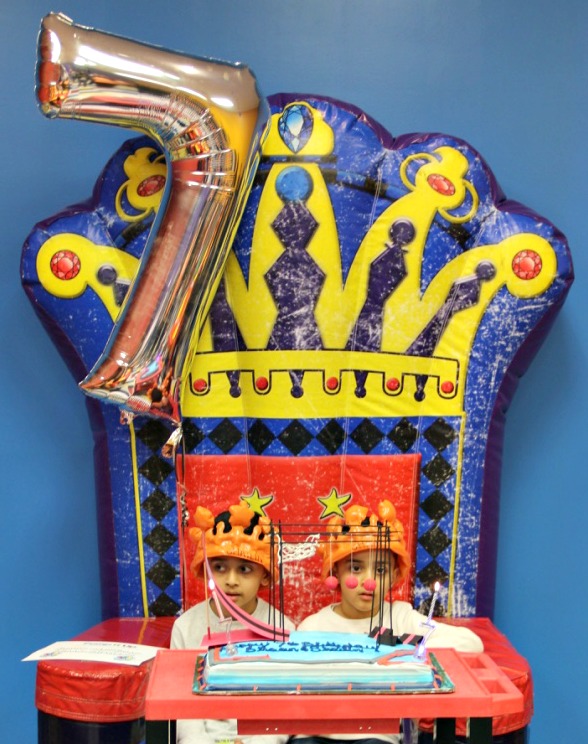 Shaan and Shailin have fun birthday parties every year and we try to change up the theme as the years go by. This year, they INSISTED on something active, fun and daring, so we threw a jump/ninja warrior birthday bash for them. We chose Pump It Up in Roselle Park, as they have the best of both worlds. They have all the jumping bounce houses PLUS an awesome Ninja Warrior course for the kids (and adults) to enjoy. Sheena took a swing at it too, literally (see it on her Instagram). The kids had a blast and the parents were happy campers.

Parties like this leave very little for the hosts to do as the place takes care of everything! But, of course, Miss. DIY couldn’t just sit back and let them take over. She had to dabble a little bit into things, so she got to work. Sheena decided that she would take care of the favors and cake topper. Not too bad! Her DIY tutorials are below. 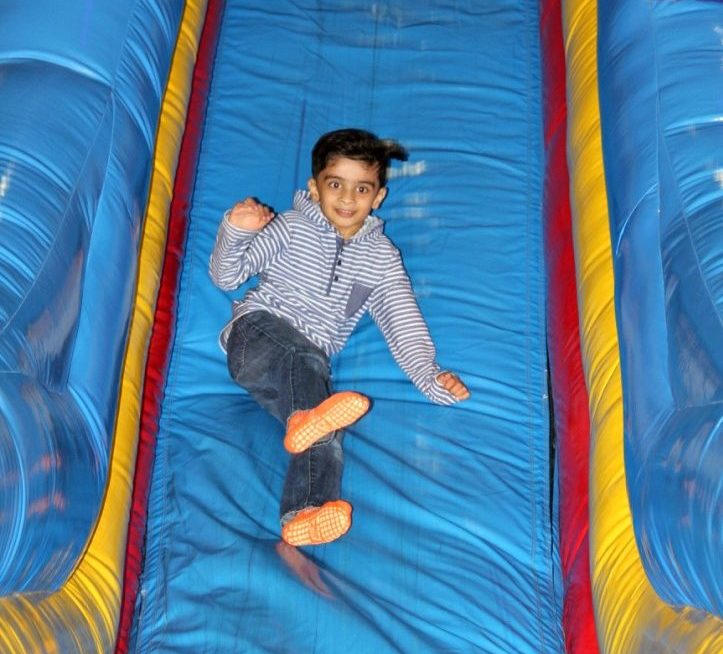 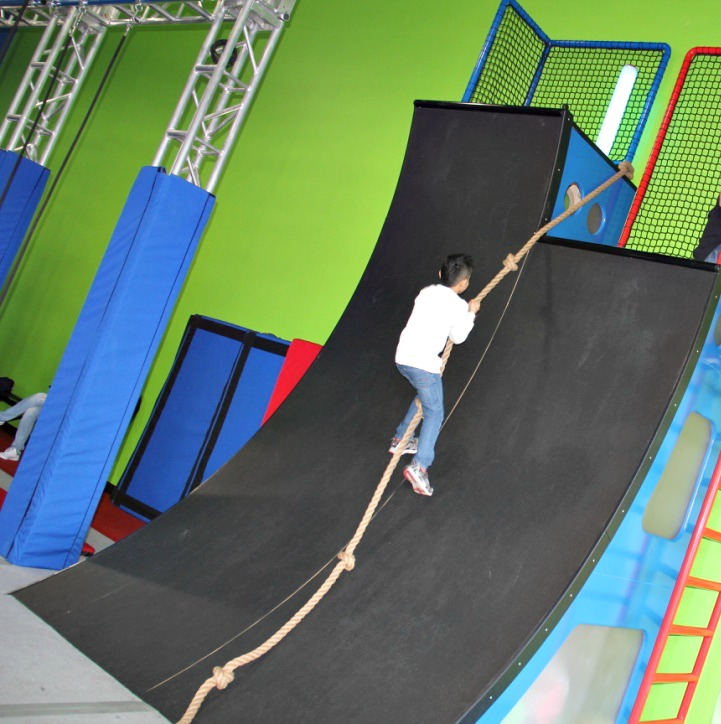 For the cake topper, she wanted something to do with the Ninja Warrior course as that is what the kids were most excited about. She build the “rigs” with skewers, a hot glue gun and painted them black. She kept the pointy sides of the skewers down so that she could insert it into the cake easily. She then took a thin rope and created a net to hang from the rigs. She used this simple DIY video to make the net. She got small foam balls from the Michaels and painted them red. Once dry, she took a needle and white thread and hung them from the rigs. For the slide, she used cardstock in black and red and made all the other pieces. Behind the slide, she used a skewer to hold up the slide at an angle. 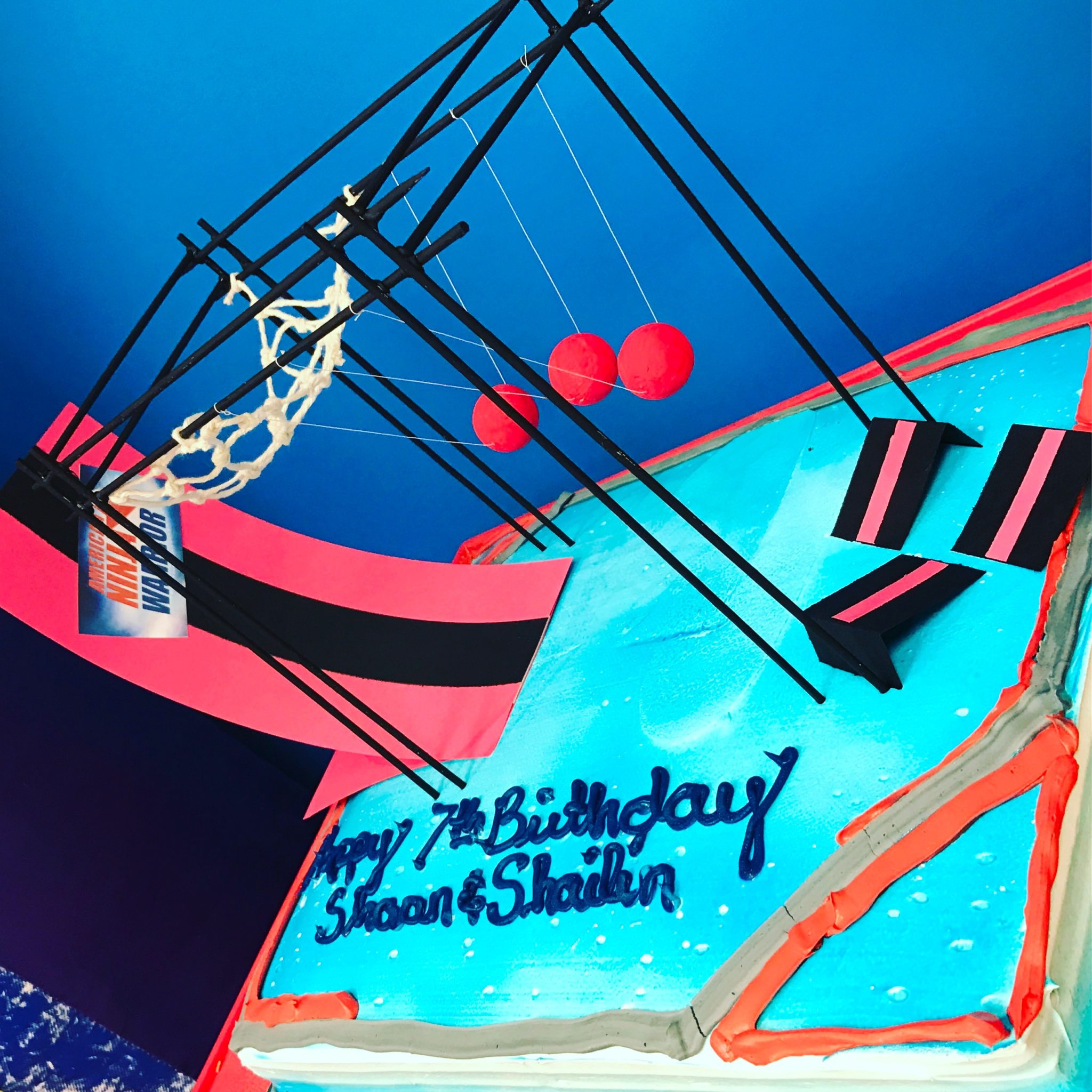 Sheena was obsessed with the idea of giving all the kids nunchucks at the party to play with. However, after a few discussions with friends, she realized that it might turn into somewhat of a disaster giving 40 kids nunchucks at a party. She then decided to include them as part of the favors. Yes, you can buy them ready made for a $1 each, which would have been ideal, however, her decision to include them was too last minute and she wouldn’t have gotten them on time if she ordered them.

So she resorted to making them (and enjoyed it along the way). She bought pipe insulation from Home Depot, duct tape (blue and red) and parachute cord from Michaels. She cut the pipes into 7 inch pieces (each pack of insulation made 10 nunchucks) and used a skewer to make holes at the top of each piece (approximately 1 inch away from top rim). She put the cord through one piece and then through the next.

She then tied the cord from the inside of the pipe and pulled it through. Finally, she cut the duct tape in 6 inch pieces and placed it around the pipe on the side of the string.

For the actual favor, Sheena is not a HUGE fan of giving candy so she tried to stick with toys. She figured at least it will get a couple of uses out of it. For this party, she chose these fun table top games from Five Below. She wrapped them up in fun wrapping paper, tied in the nunchucks and added a Ninja themed name tag for each kid. For siblings she made sure to give different games so they can share 🙂 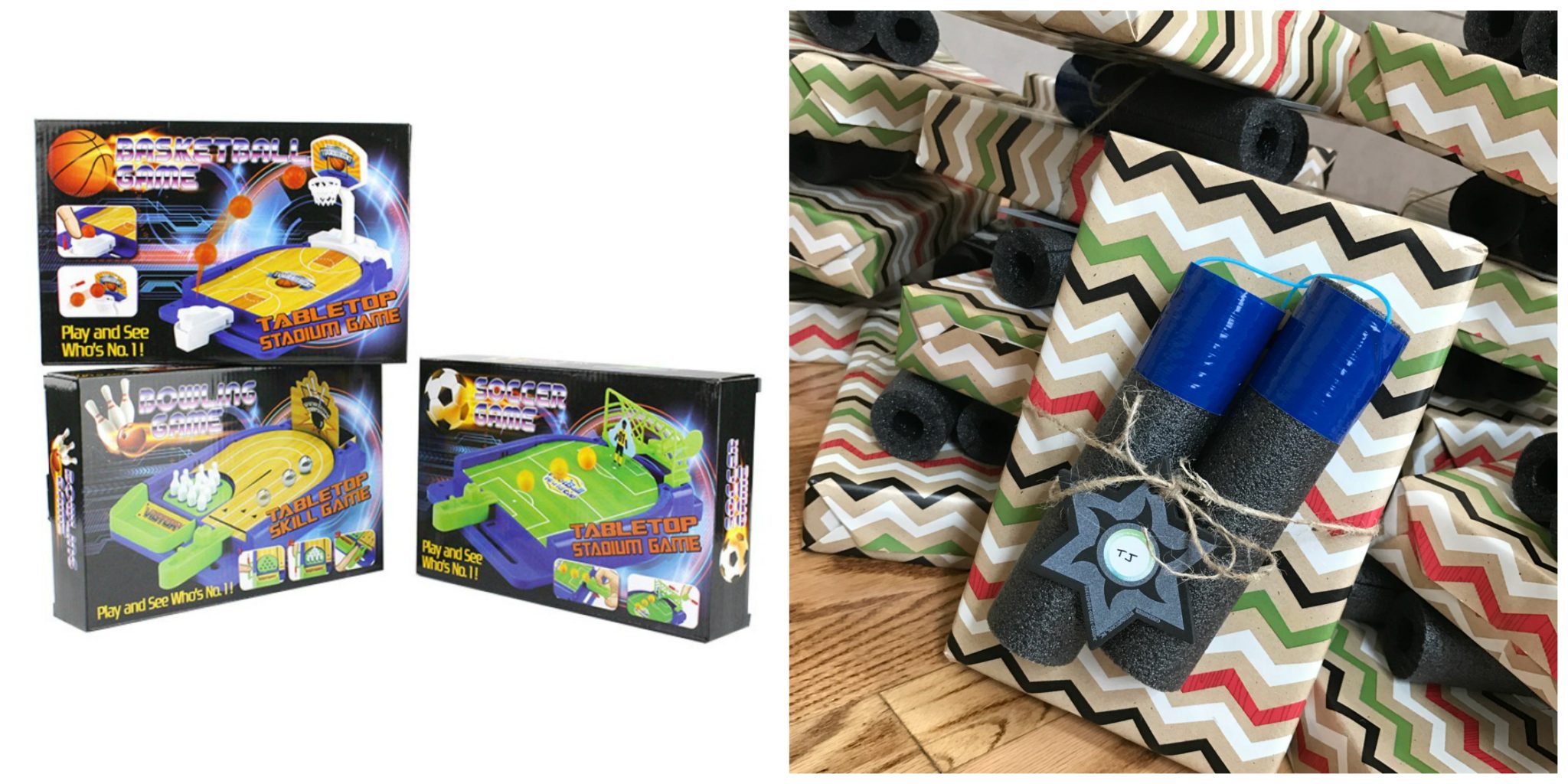 A Look Back at Fall Pregnancy

In such a mood…