Getting Through the Morning Routine 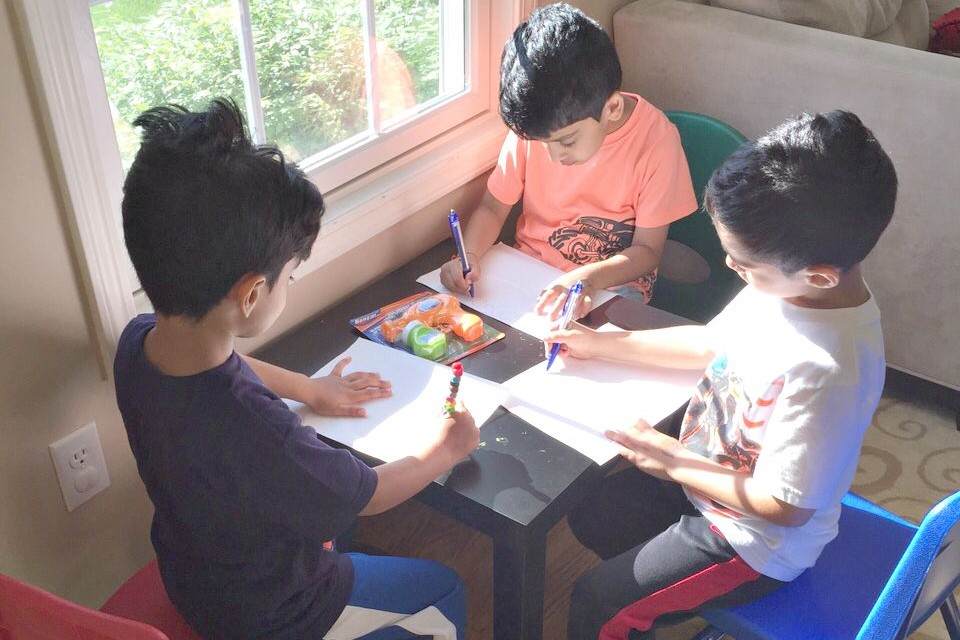 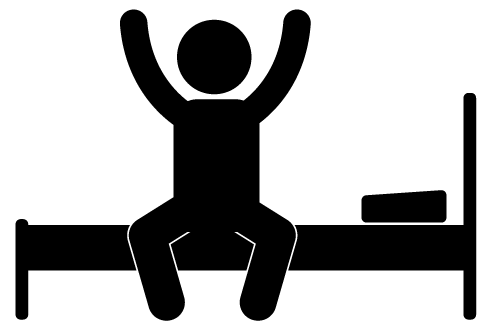 For those who have kids, you can probably agree that the mornings are the craziest time of the day, especially for working parents. Between getting the kids ready, prepping lunches and getting yourself together, it can either be a completely smooth process or a hot mess! We were recently sitting around the table talking about how our mornings go with the kids and discovered that even though we were all raised with the same exact morning routine as each other, the way we do it with our own kids is completely different between the households. For Dipti and Sachin it’s a work in progress which you’ve seen in their Raising Diav posts. For Sheena and Nina, they’ve got a system down and those systems could not be more different from each other and yet work perfectly in their respective homes! Check out their morning routines below! 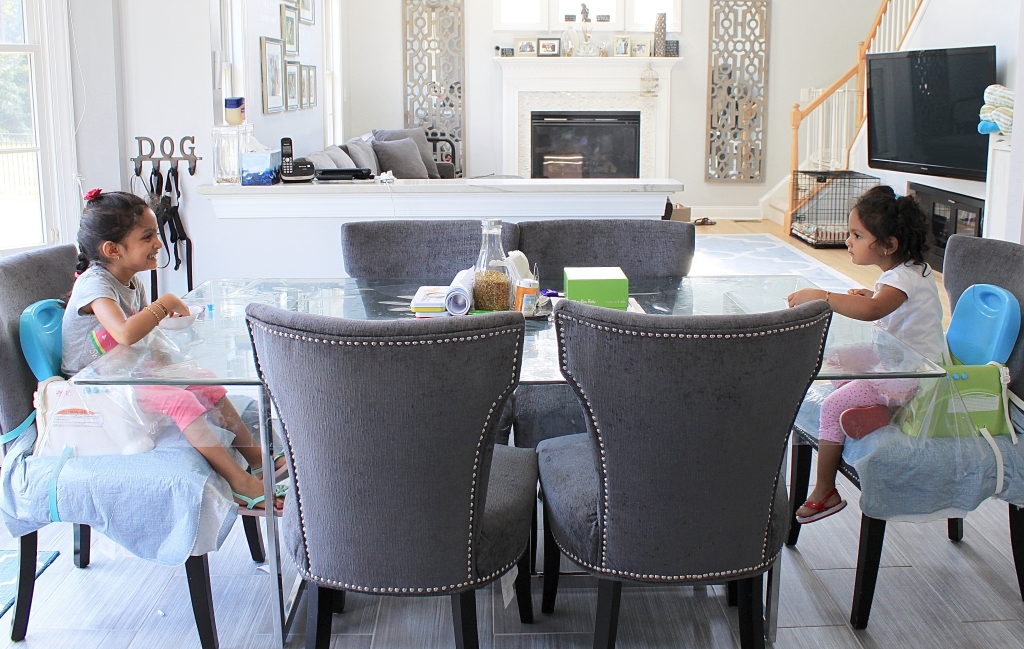 For Nina, getting through the morning routine is very structured with little wiggle room. For her it is very important to make sure that anything extra that may be needed the next day (things for school, activities, projects, whatever) is ready the night before and is placed by the door (so in the morning chaos it doesn’t get forgotten). Typically, she will wake up first around 6:30am. While she is in the shower, Neal will get up and get ready. After getting ready for work and finishing her morning prayers, she starts to wake the girls up for their morning routine. The girls are at an age where Nina has to make sure they’re doing what they’re supposed to be doing (i.e. putting their clothes on the right way or doing remembering to floss!) Recently, her younger one (almost 3 year old) has been on a “I WANT TO DO IT MYSELF” kick which has rattled things up a bit, but with some coaxing she still stays on track. So, girls wake up, change themselves (most of the time), go potty, do brush and then all head downstairs together, and straight to the breakfast table, usually with an activity (puzzles, coloring, dry erase board). While Nina starts preparing the girls breakfast (which is literally the same thing every day), Neal prepares his and Nina’s breakfast sandwiches and coffee to go. The girls have their morning duties too which are to let the dog out for his morning potty break and take out his breakfast. After breakfast, sunblock gets applied, shoes go on and out the door they go (no later than 8:15am). Sometimes who is wearing what shoes, or who gets which color hair band causes some yelling and arguments, but for the most part it’s the SAME THING EVERY (week)DAY!

1. Let the kids win the small battles – If I let them pick what color socks they’re wearing, they let me brush their hair and put it in a pony tail while sitting in one spot.

2. Let them do some things on their own – Of course there’s supervision required but they’re itching to act like grown ups and sometimes it’s not worth the fight.

3. Structure is key – If you do the same thing every morning, the kids know what to expect and things go faster and smoother – at least for us! It’s just like when they were babies, but now they can talk! 🙂 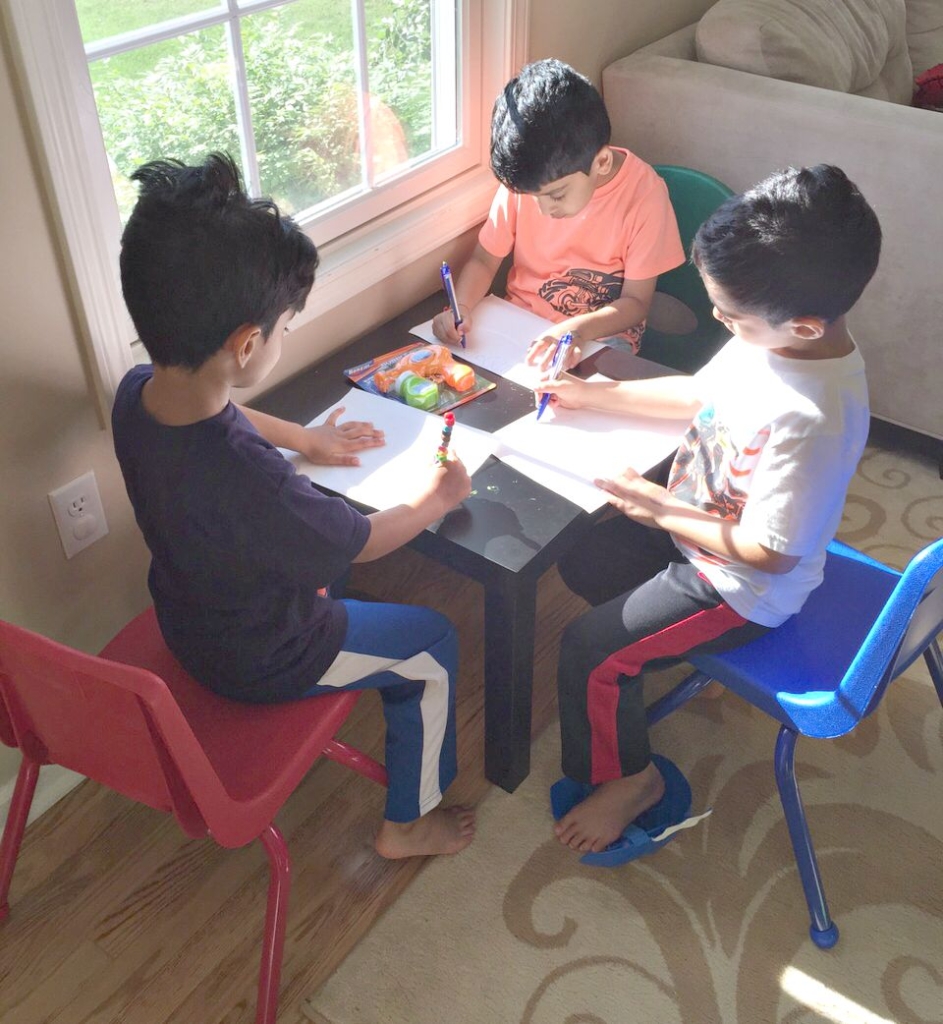 Sheena & Samir usually tackle the mornings together. Ok, Sheena couldn’t say that with a straight face –  Sammy usually takes charge of the mornings (because Sheena is so not a morning person). Sammy is usually awake by the time the kids wake up so he changes, brushes and gets them downstairs. By then Sheena wakes up as he is prepping the kids’ breakfast and lunch and helps with the rest of the morning. Sheena recently noticed that when she has to do the morning routine by herself, she does things a lot differently than Sammy. Although she has to wake up earlier than she usually does, it isn’t awful – so she claims. She wakes up, brushes and gets ready for the gym before the kids wake up. As they wake up, she changes and brushes them and sends them downstairs to the playroom for a bit. As soon as they all make their way downstairs, she starts to get their breakfast ready while they are still playing. She will then get them to come to the table to start feeding themselves. As they eat their breakfast (peacefully, don’t know what Sammy is yelling about!), she gets their lunch ready. Once they’re done, she lets them play again in the playroom for a bit while she eats breakfast and drinks her tea. Meanwhile, they finish up their morning deeds in the bathroom and then they are all set to go. As she gets her gym stuff together, the boys get their shoes on out the door. Yes, there are always a few tantrums and yelling, but with 3 boys, what else can they expect? For Sheena, she is okay if they are a few minutes early or late – but definitely not the case with Sammy who is extremely punctual with the boys morning routine!

2. Sometimes it’s better when it’s just one parent – The kids love to act up when both parents are around, and usually know the expectations of each parent – but lord knows we rather do it with each other than alone.

3. With that said, when you’re about to lose your cool (like Sammy every morning), step away and let the other parent handle it – It’s so easy to get frustrated with the kids when we all have to be somewhere but sometimes you just need a quick break to regroup!

Tell us what works in your morning routines… are they similar or so different than ours? We would love pointers!

A touch of tradition – Sindoor

Throw on a Long Jacket!