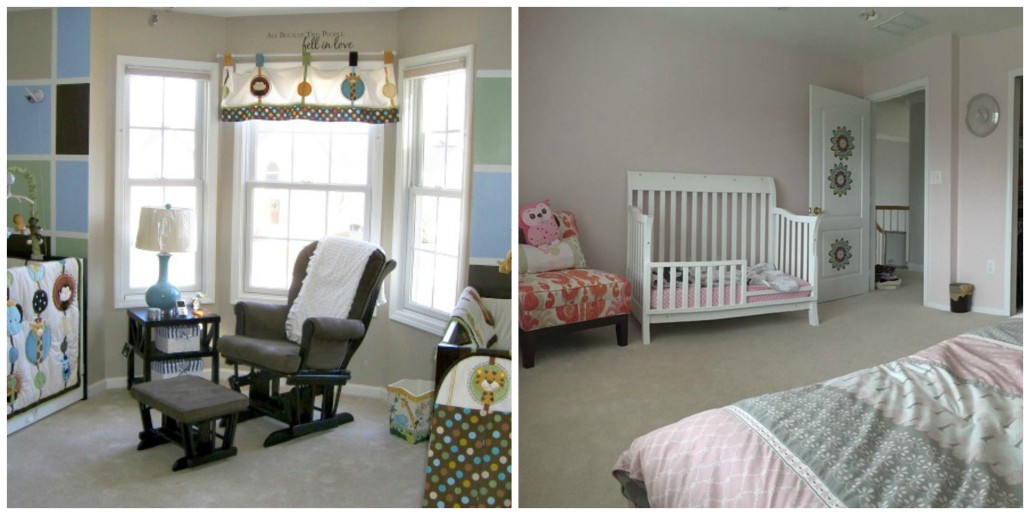 We are almost two months into the school year and sleep is as important as ever since the kids have to get up and be at it early every morning. Thank goodness for shorter days coming our way, we won’t have to hear, “Mommy, it’s still daytime outside, we don’t have to go to sleep just yet!” Getting those kids into bed in broad daylight was not fun, but waking them up in darkness also isn’t too much fun. Can’t always win, can we?

Nina has been very strict about sleep since the kids (even Sheena’s) were born. She has always ingrained in both Sheena and Dipti (and any friends who have asked) how important sleep is for kids as they grow during that time and how important it is for parents to keep their sanity. With that advice, we have always kept our kids bedtimes on the earlier side and it has (luckily) stuck with them till this day. They are usually in bed by 7:30pm (extended to 8:00-8:30pm on the weekends), and that gives mom and dad plenty of time to unwind in the evenings.

Because Sheena and Nina have multiple kids, they have had a very interesting (and ongoing) experience with their kids sharing rooms. We still aren’t sure if it is a blessing in disguise or they are just playing us.

Sheena’s twins were born first and then her youngest. From the get go, as soon as the twins were born they have co-existed when it came to their sleep space. They shared a womb, to a cart in the hospital right into a pack and play in the house for the first couple of months. She was very cautious and aware at the process of separating them in their sleep habits as they had spent 9 months glued to each other and a couple more at home. They had become each others comfort to sleep, so she took to baby steps. At 2 months, she separated her twins into two pack and plays but literally right next to each other. She kept it that way until 8 months and then moved them into their own room, into their own cribs across the room from each other. This stage was fun and challenging at the same time. They would love seeing each other near by and even the little baby talk they had. On the other hand, they were more aware of each others cries or sounds and would wake each other up.

Once Saiyan came along, he was luckily an easy transition into sleeping through the night and in his own room. He didn’t know any different, so the transition worked well. The older two got moved into a larger bedroom into two single beds and life changed! Saiyan was comfortable in his own queen size bed and in his own room for a few years and the twins were loving their continued time together in their room. They were able to chat about their days and friends for a while and then drift off to sleep. Mom and Dad are loving how cute their chats are and how much closer they were becoming.

Well, in the recent months, Saiyan is feeling left out 🙁 He is now insisting that he sleeps in same room as them so they can all chit chat about their days and gossip before bed time. He used the “I’m scared all by myself” and “I’m lonely” lines to sucker Sheena to consider combining their rooms. On one hand, Sheena was thinking about separating all three as they are getting older and would appreciate their own space and on the other hand she knows that they will only be little for a little while longer and eventually will want their own space once they are older, so she wants them to stay together for as long as possible.

The end result: Saiyan and Shaan (one of the twins) are now sharing the room with the twin beds and Shailin (the other twin) has moved into the solo room. Shailin appreciates sleeping in more than the other two and prefers his own space, so he moved out! For now, this setup is working for her and the boys and hopefully it won’t be going in circles with changes too often. It melts her heart how they love to co-exist in their sleep space and at this point can pretty much sleep through any of each others noises, antics, lectures, etc. At their grandparents house, they have pretty much set it up the same way and it works there too! Luckily, they are all boys so the shifting around is not an issue. For now, sharing rooms is where they want to be and Mommy is going to ride it out for as long as she can.

So for Nina her girls were 15 months apart, so in the swing of it, it felt like having twins! But she never had them in the same room like Sheena did. Since they had the rooms, she chose to keep the girls separate from the onset since Naya was sleeping through the night at 5.5 months (best little sleeper ever – even till today!) and so she did not want to mess that up with a crying baby in the middle of the night. So that went on for just about ever until Nina got pregnant with Nesa. Around 6 weeks before she was going to deliver, she decided to bunk the girls in the same room so that they could keep the nursery as that and the girls could have some quality time like the boys and not feel the transition to three kids so much.

So Nina bunked them together and lets just say that it worked for about 2 minutes. In the beginning the girls were SOOOO excited to bunk together. They begged and begged for mommy and daddy to put Niva’s bed into Naya’s room. After that happened, for the first 2 weeks the girls would chit chat until about 9/9:30 pm and at first Nina just chalked it up to excitement. Then the next 2 weeks it became a game, whoever woke up first would wake the other up and then come running into mommy and daddy’s room (oh lord no! this is NOT what Nina had in mind). Then at week 5 Nina noticed that Niva needed time to wind down, so she would sing and talk and basically keep Naya up until she was ready to sleep – meanwhile Naya usually clonks right out. So to avoid cranky children in the morning and to keep their sanity – Nina decided to put them back in their own rooms. They were quite upset about it for 2 days and then got over it and they are back to their routine.

When Nesa turned 3 months, Nina was in a bit of a dilemma as the only room left on the second floor was the guest room. She really wanted to keep one room for when the parents came over and friends/family came over. But, alas she ended up just moving the bed over and sticking a crib in that room and so at least Nesa was out of her room. When anyone has come over and needed the room, she just puts Nesa in the pack and play in her room. That will probably work for a few more months, then she will need to revisit the set up. Although, both girls REALLY want Nesa to sleep in their room, little do they know that she still wakes up at night :). Nina’s dream is that they will one day all share a room – and she can make the other room their shared wardrobe! How fun would that be! Ahhhh, life with three girls……

Here is a full look at the twins rainforest themed nursery.

Mirror Mirror on the…