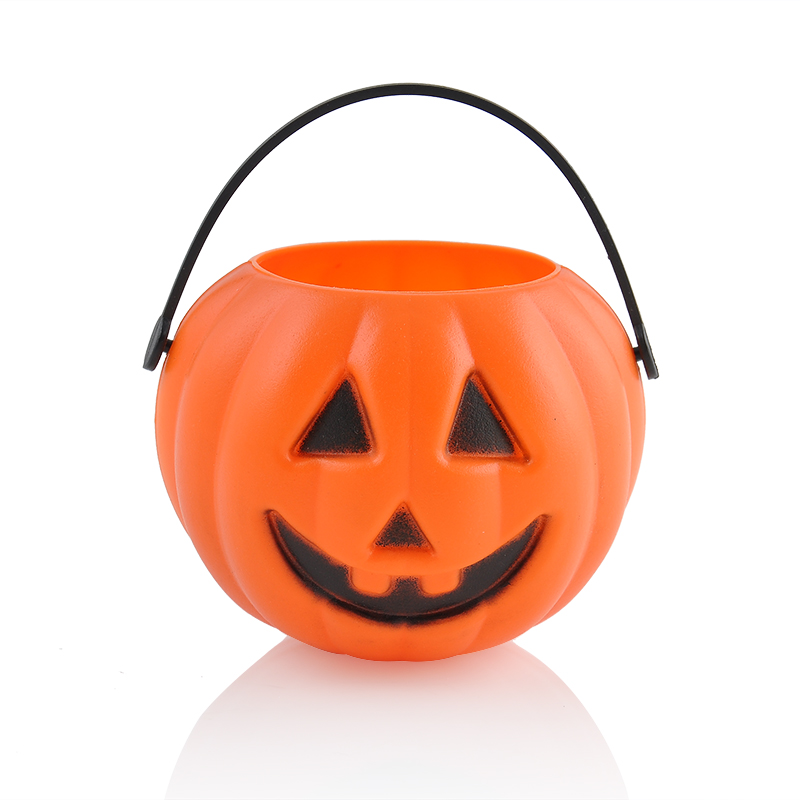 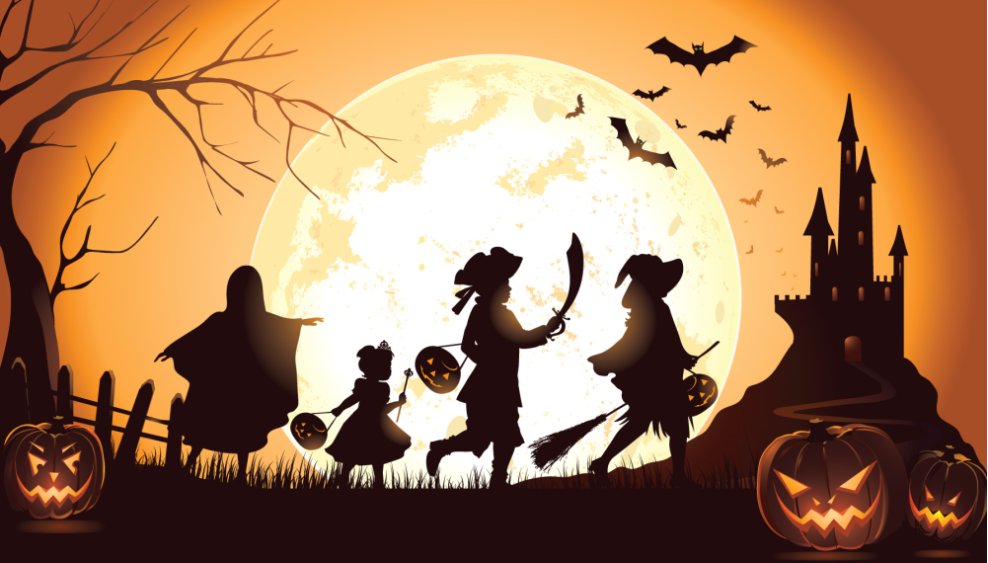 This year is the first year all three of us are sending treats for the kids to school for Halloween. We love when our kids come home with little knick knacks that their friends gave them during birthdays or their Halloween party or school trick or treating fun. It’s an hour of attention that’s on a new toy, instead of screaming or running around, or just whining about wanting to be held! Of course we each have different ideas when it comes to sending the kids to school with stuff of their own. For Sheena, the kids are older so they can get away a lot more options as opposed to Dipti who is very limited in what she can send to a toddler room.  All three of us are of course restricted to “nut-free” items, which for Halloween isn’t too difficult!

This year is Dipti’s first time sending a treat to school for Diav’s little friends. She had no idea what the protocol was as parents of toddlers differ so much in what they allow and don’t allow. She initially wanted to do mini pumpkins that Diav picked out from the farm, but didn’t know if the school was already providing something of the sort for the kids to decorate. Then she wanted to do sticker collages of a pumpkin but all the ones she found had bad reviews so she dropped that idea. Finally, she decided to give Diav’s little friends a mini pumpkin basket with some Halloween themed stickers in them. She knows the kids LOVE stickers as Diav usually comes home with a few still stuck to his shirt from the day’s playing. Dipti and Sachin also use stickers on a daily to keep Diav distracted when they’re trying to give him milk or finish his meal! They’re the perfect no-mess distraction and Diav can’t get enough of them. They’re also super safe, as the stickers are large enough that the kids won’t put them in their mouths (and if they do, they’re visible). She found these mini baskets at Target in their dollar section ($1 for 6 baskets!!) and found the stickers in the same area. 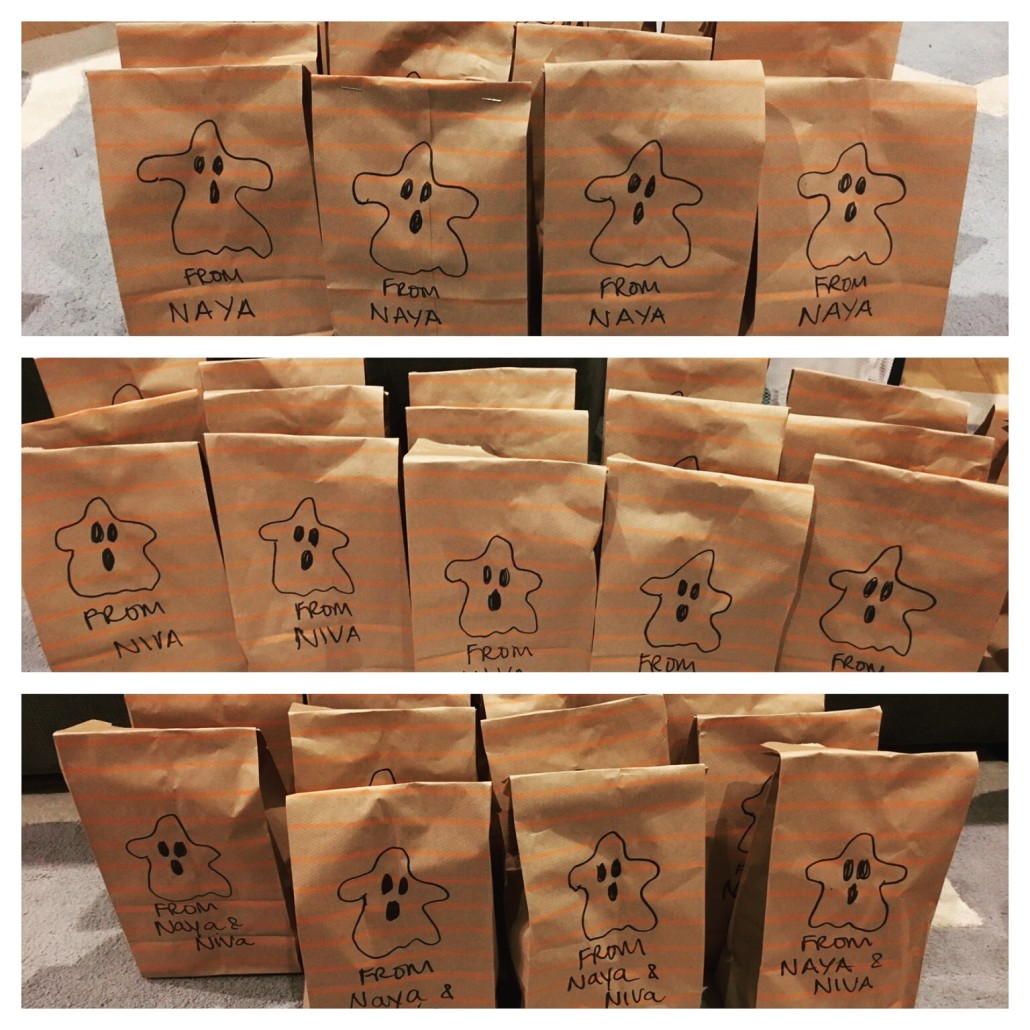 Nina decided to go a more traditional route with her goodies for Halloween this year. Her girls are 5yo and 4yo so their friends are a bit more understanding of the traditions. They know that it’s all about the candy and treats! She wanted to make sure she kept with the theme and took brown paper lunch bags from Target and drew super cute ghosts on them. In the bags, she put some candy to please the little ones and veggie chips for those kids who aren’t allowed to go to town on candy just yet (like our kids)! She related to those parents who didn’t want to fight their kids over how much candy they were allowed to eat and decided to save them the trouble! 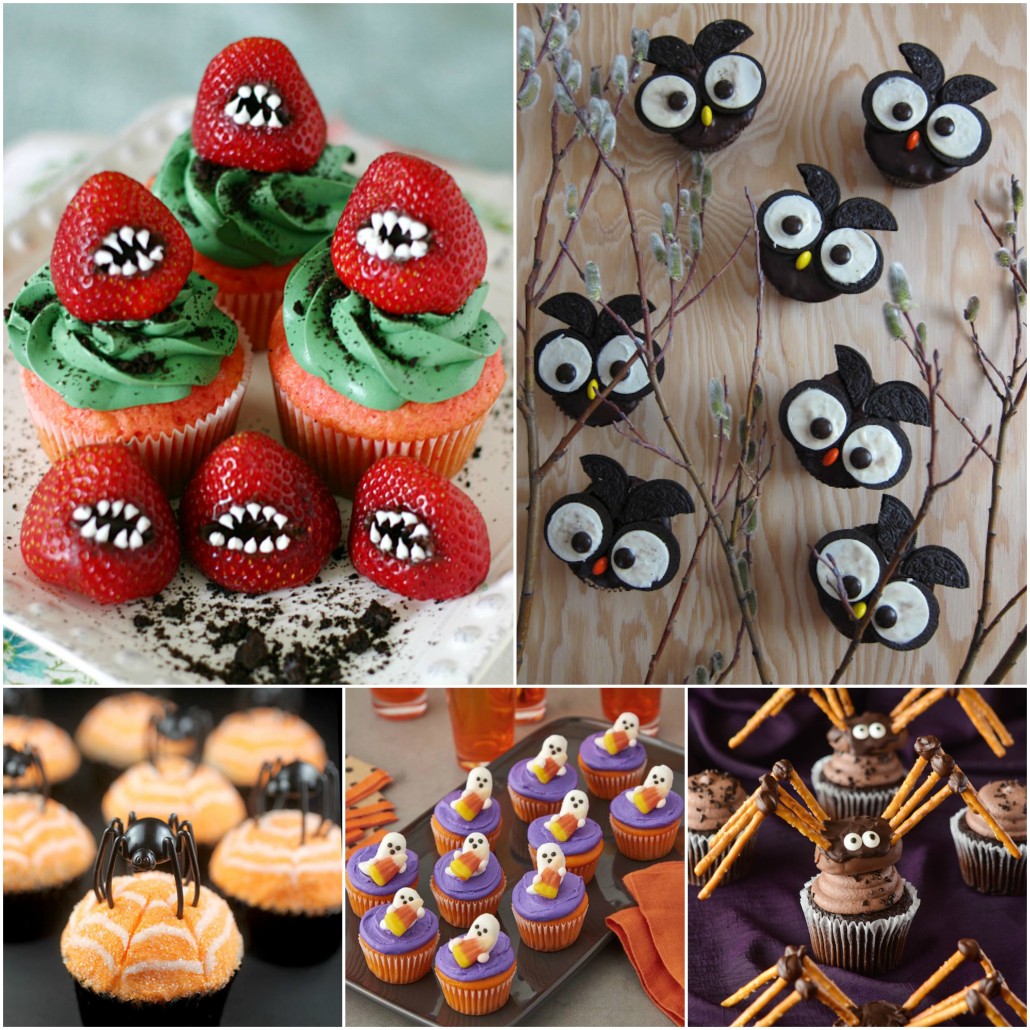 Sheena never takes the easy way out. She lives for DIYs and nothing pleases her more than to do them for her kiddies. She loves to bake for the boys as they usually find their helping hands and dig in to help mommy create something fun for their friends. For inspiration, she’ll always look to her favorite site, Pinterest. For her the most important part is finding recipes that are nut-free as her kids are allergic. Then she’ll look to some fun, cute designs that their friends will enjoy looking at and devouring! Sure, it takes time, and sometimes the first batch isn’t quite as tasty as she hoped, but the joy the boys feel and the wide eyes their friends look at the cupcakes with are more than worth it for her! Here are links to the cupcakes shown above if you get the urge to bake this Halloween: Monster Strawberry Cupcakes, Oreo Owls, Ghost & Candy Corn Cupcakes, Pretzel Chocolate Spiders, and Creepy Cupcakes.

Remember when Nina made these DIY Halloween Costumes? How about when Diav was an honorary member of the Sons of Anarchy Motorcycle Club?