Raise your hand if you are forever kicking yourself for yelling at the little ones once it’s all said and done? We do the same! E.V.E.R.Y.T.I.M.E. Finding a balance between discipline and teaching has become to hard as the kids get older. Each of us have a different type of struggle mainly due to the age differences and sex differences. We find ourselves sharing our experiences with each other and seeing how different the responses and outcomes are for each of us. Sheena with her 3 boys (age 8, 8 and 7) has a completely different dynamic than Nina (three girls age 7, 5, 2) and Dipti (boys age 3 and 1). 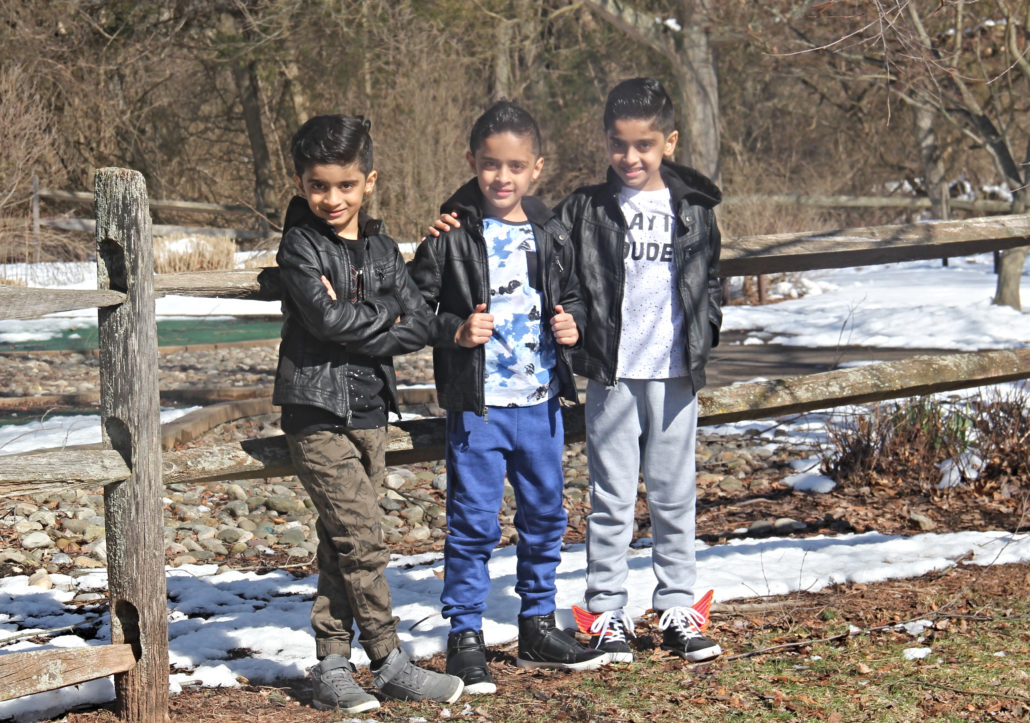 Sheena’s twins and third are only 15 months apart in age, so they are pretty much triplets. They are the typical boys in that they have a love/hate relationship everyday. Of course, the hate part of the relationship is torture for mommy and daddy. They fight, hit, nag each other and argue all the time, which drives everyone crazy. Lucky for Sheena, the twins are actually manageable when the chaos breaks through, however, the little guy is just impossible reason with or even bribe. He has been their toughest one to deal with when it comes to behavior.

Being the youngest, he is the most spoiled and babied – there is a hard line to draw between pampering him and discipling him. Whenever the three of them fight, Sheena always runs to his rescue and yells at the older two for fighting with him. In hindsight, she realizes that probably isn’t the best way to approach the situation. In recent years, she has been having a problem with him temper and extreme stubbornness. It got to a point where she, Samir and even the grandparents were walking on eggshells around saying anything to him in fear that he would lose his temper and throw a tantrum (especially in public). Sheena realized in time that he was having a hard time processing his feelings so any feeling he had came out in anger and meltdowns. It got so bad that he would wake up angry and go to sleep angry, and the parents just couldn’t realize what was triggering is anger. The funny thing was that he was completely fine at school (thank god) but at home, he was so stubborn. Sheena quickly realized that it was her own fault for babying him so much from the beginning. After a lot of struggle trying to tame his temper and tantrums, Sheena decided it was time to get some outside help of someone else that may be better able to understand how to manage and tame his behavior. She wanted to learn how to help him learn how to process his feelings and break down every fit he was having. She turned to a pediatric behavioral specialist for some help. He was able to help Sheena and Saiyan (along with the rest of the family) understand where these feelings are coming from and how to handle them. He taught Saiyan (and the twins) how to process each meltdown and how the parents should handle it as well. It was an amazing experience because he gave them so many tools to help them, which Sheena believed was only going to benefit him in the future. There is such a taboo of asking for assistance in mental health in our culture, but Sheena is happy she took this step to help him, her and the rest of the family. In fact, it was her mother-in-law that initially suggested it and pushed her to try that route.

Sheena wanted to share a couple of tools that she finds extremely helpful to help the boys (especially Saiyan) process their feelings and control their tantrums/temper. Of course it is a work in progress forever and the tantrums aren’t cured overnight, but these are just some steps that got Sheena started.

This is still an ongoing process for Sheena and she does her best along with the rest of the family to explain rather than yell at the kids whenever possible, but let’s be serious, sometimes the top comes off and it isn’t as pretty. She has learned a lot through this experience as well as Saiyan learning, which has taught not only her, but the entire family how important mental health is.

Nina on the other hand is constantly dealing with one slow motion personality, one stubborn ‘my-way-or-the-highway’ personality, and one sassy but so sweet personality. The three are so different from each other – it’s amazing and exhausting all at the same time. For her, she has been a perfectionist her whole life, whether it be a good or bad thing. She now finds herself expecting the same of the girls. The constant struggle in their house seems to be at meal times. She has tried many things to get the girls to focus on their meals, but it’s always the same issues – getting distracted, chit chatting, wanting to play, or just losing interest after a certain amount of time passes. While the little two aren’t as bad, her older one can take up to 1.5 hours just to eat a bowl of cereal. It doesn’t help that she’s super tall and slim (thanks to daddy’s genes) so eating becomes even more important as Nina tries to get her to gain some fat. And as she’s eating Nina is constantly reminding her to take a bite or hurry up or focus on her meal, eventually losing her cool and screaming at her by the end of it. As a 7 year old, Naya tends to filter those comments out as she’s getting frustrated too! So to Nina it seems like Naya is ignoring her or is being stubborn, and to Naya it’s become more of a “in one ear out the other” situation.

Nina has tried so many different things to get the girls to be better eaters. She gives them what they like instead of forcing healthy or different meals down their throats. As of recent, she invested in this ginormous timer that her Naya’s teacher has in the classroom. It has been a huge help in terms of letting the girls visualize the time they have left for certain tasks. It is a step in the right direction, but still a work in progress. She is looking for a method to the madness for letting the girls’ personalities shine but getting things done in a reasonable amount of time. There are some really good days, and then some days that challenge her beyond words. 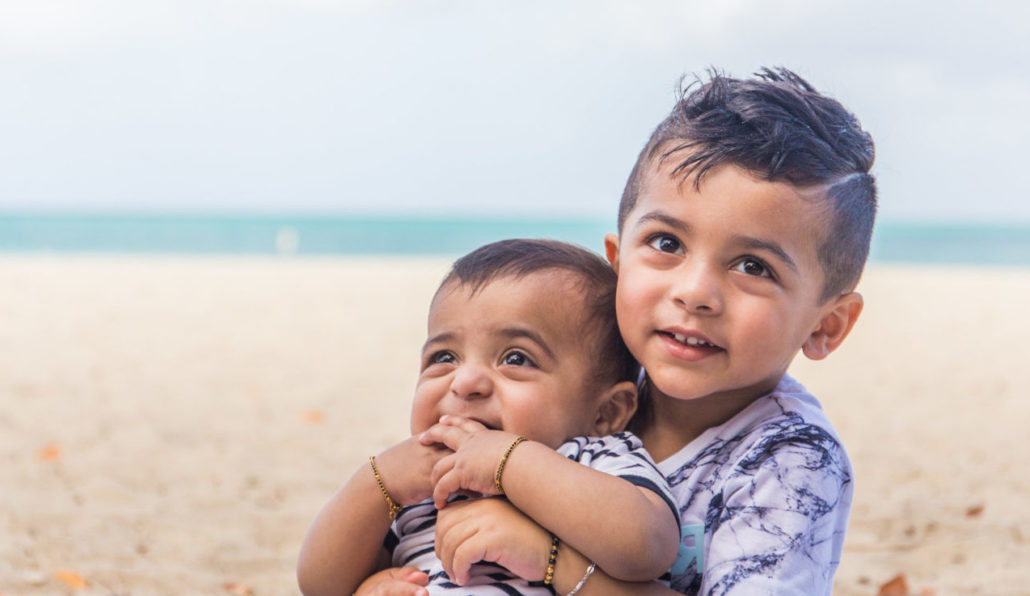 Dipti has a 3 year old. That is probably enough for you to understand the madness that goes on in her house. Add a 1 year old fussy eater and you’ve got the perfect storm. Diav has always has a mind of his own. He is stubborn like his mommy and sarcastic like his daddy so you can only imagine the fights he puts up. Him being so young, Dipti finds it impossible to reason with him. Of course it’s the age where he’s testing his limits and trying to establish some say in the house, but every little move in the house is a argument – from what clothes to wear, to insisting on wearing shoes that don’t fit him, to demanding mac n cheese for dinner every day. Dipti has quite the short temper so when Diav pushes her buttons she responds. It usually turns into a yelling match (yes, she’s fighting with a 3 year old) and ends with Diav losing some sort of privilege like the TV.

Dipti has tried time and time again to tell herself that today is going to be the day she stops yelling at Diav and time and time again she fails. The one tip she learned from her friends is DISTRACTION. It is the best way to cool a situation down in this house and it almost always works (unless Dipti is so riled up that she can’t even think of a distraction for herself!) Diav is all about listening to exciting stories so if you say, “hey guess what happened today!” he instantly becomes wide-eyed bushy-tailed and is ready to listen while you put his proper shoes on or feed him his entire meal of dhar bhaath shaak rotli. It’s what works for us right now and we’re hoping we can stretch it through the “threenager” phase.