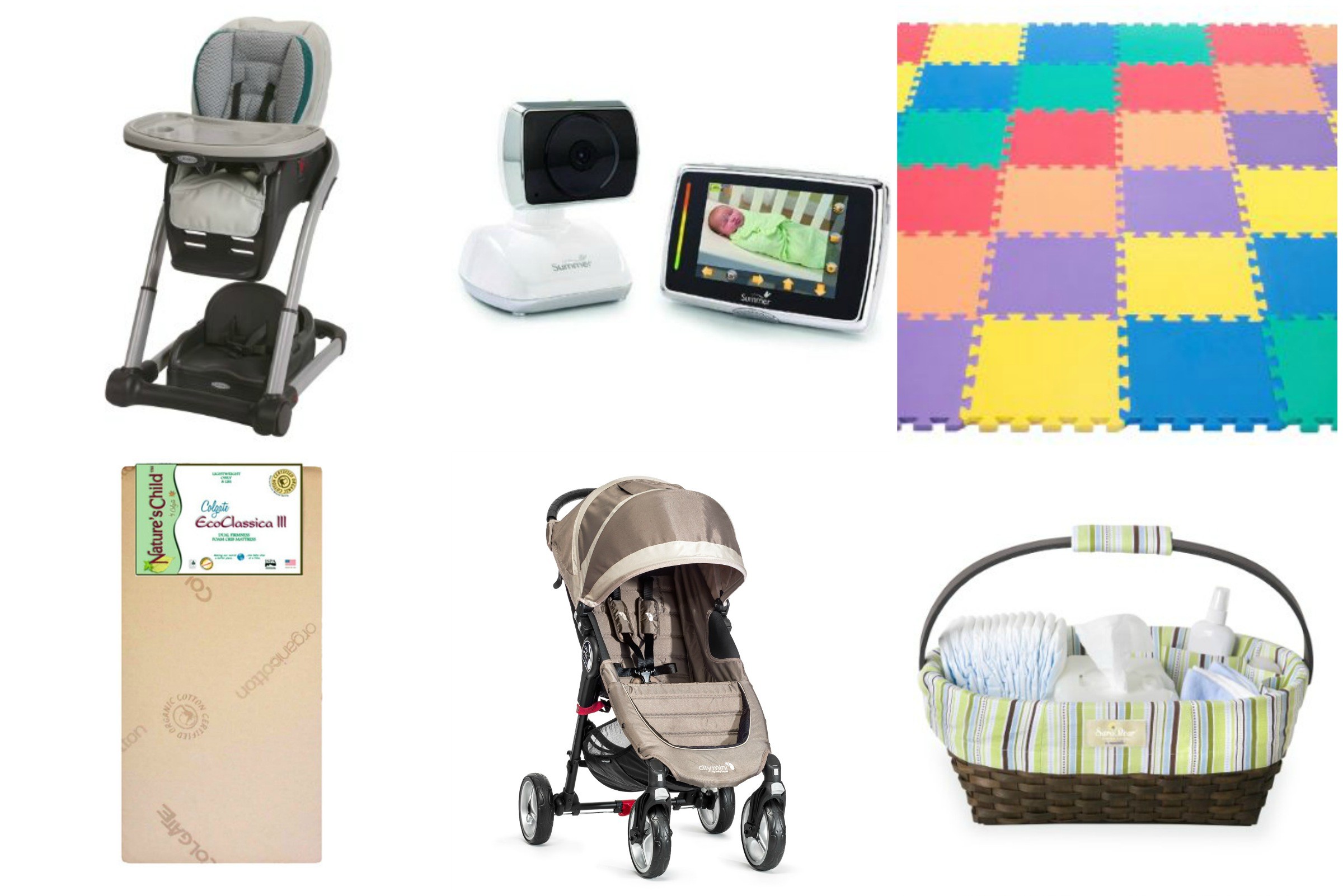 Dipti’s recent addition to the family came with many many new things! Lucky for her, both Sheena and Nina had been through this 5 times between the two of them so there was lots to pass down to Baby Diav! Due to popular demand (thank you SavvySleever), we wanted to share Dipti’s registry with you as well as the items she took as “hand-me-downs.” After finally being able to get through all of the stuff, she’s also realized what she didn’t need at all! 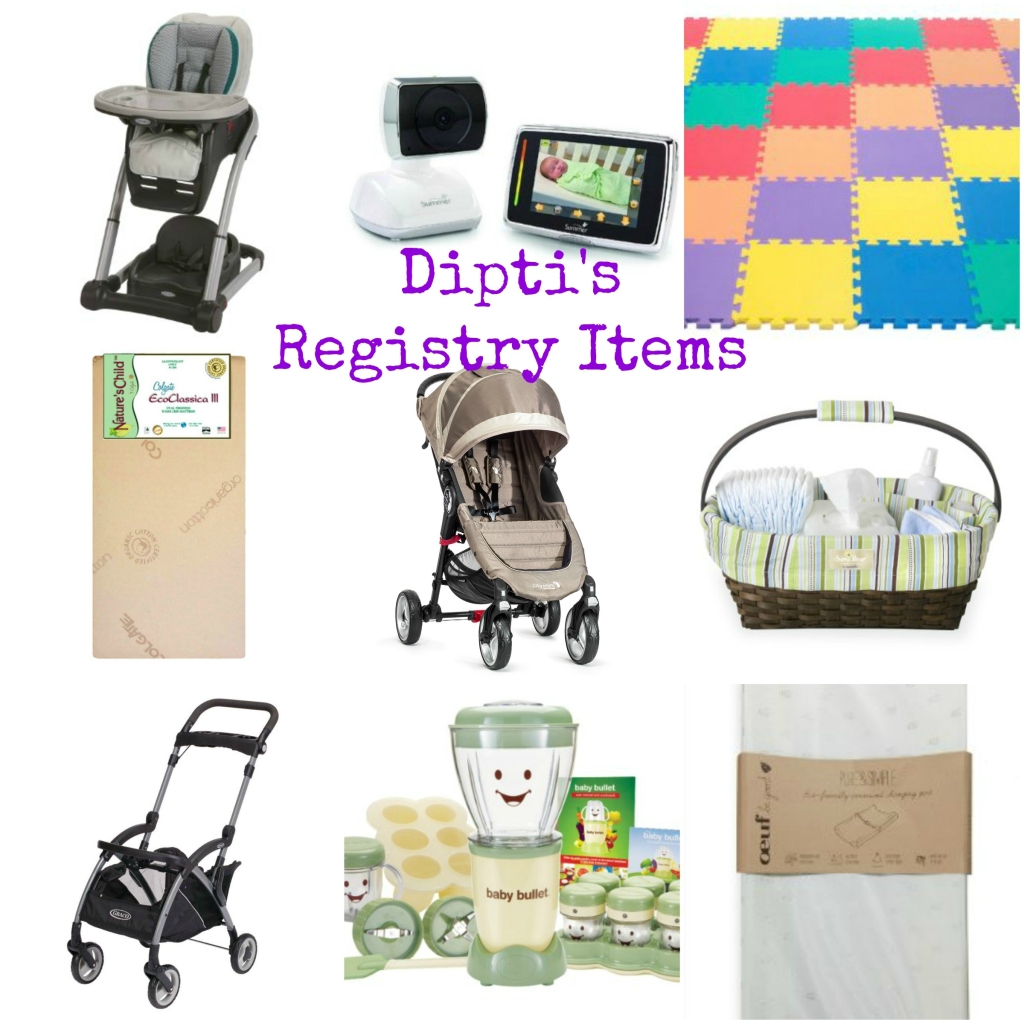 1) Bottles – naturally she wanted all new bottles and nipples for Diav for sanitary reasons!
2) Bibs – turns out she needed new bibs as the kids’ were not in the best shape.
3) Bedding – in keeping with her train theme, she wanted to get new bedding too!
4) Car seat – regulations had changed since the others were in infant carseats so she had to get a new one too!
5) High chair – believe it or not, sometimes the older kids still use their high chairs so we had get a new one for Diav.
6) Stroller – Sheena and Nina already gave away their strollers to cousins and friends so Dipti registered for a new one of their own
7) Diapers diapers diapers – enough said.
8) Toy organizing shelves – Sheena and Nina still use their toy organizers, just with bigger toys.
9) Binkies – again, for sanitary reasons, Dipti got new binkies for Diav.
10) Diaper caddy – Sheena and Nina’s caddies went through some wear and tear so Dipti bought 2 new ones – one for upstairs, one for downstairs.
11) Gates for stairs – Sheena’s boys did a number on their gate and Nina still uses hers with Niva which meant new gates for Dipti and Diav.
12) Crib mattress – while the crib was handed down, the mattress had to be new since the weight of 3 boys basically made Sheena’s mattresses useless.
13) Humidifier – All the kids are still using their cool mist humidifiers and Diav now has one of his own!
14) Bottle drying rack – Sheena and Nina still use their bottle drying racks – now for straw cups – so Dipti bought a new one for all of Diav’s baby bottles! 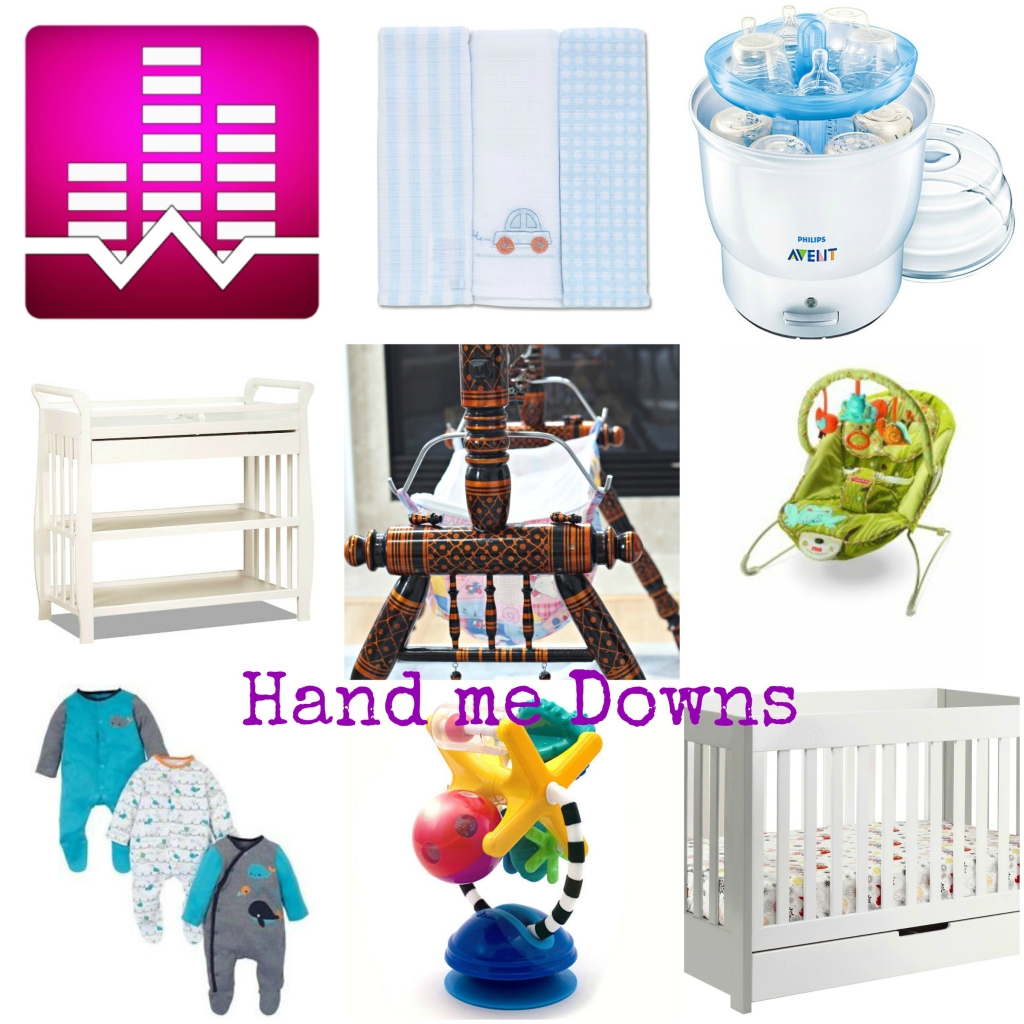 Things Dipti was handed down from Sheena and Nina

1) Clothes – Shaan, Shail, and Saiyan were spoiled rotten since they were the first borns in our family so they had every type of clothing anyone could imagine! Lucky for Diav!
2) Toys – the twinnies were also given every toy imaginable so Diav inherited those too!
3) Crib – Sheena finally had an excuse to get Saiyan out of his crib (used as a toddler bed) by giving it to Diav!
4) Diaper bags – Dipti registered for a diaper bag which ended up being too small – so for now she’s using what Sheena used with the twinnies.
5) Ghodiyu/Baby Hammock – this has been passed down for generations and we love how well it works and would never go a day without one.
6) Bouncers – while the twins basically flattened their bouncers, Nina’s girls kept theirs in good shape, allowing Diav to use it now!
7) Rocking chair – Sheena had no more use of her rocking chair as the kids can’t sit still long enough to rock in one so Dipti took that too!
8) Changing tables – The kids outgrew changing tables long before Diav but Sheena and Nina held on to them for this very day!
9) Bottle sterilizer– Sheena and Nina got over sterilizing the kids cups a while ago so now Dipti is obsessing over cleanliness for Diav!
10) Swaddles – All 5 of the kids swaddled in something different – muslin cloths, velcro swaddles, cotton swaddles, etc. So Dipti has all of them and is still experimenting with which one her and Diav prefer!
11) White noise – Nina’s girls could not sleep without white noise and it worked perfectly to drown out the noise the boys were making downstairs! Dipti’s house is now benefiting from Nina’s great find!

Things Dipti Has and Doesn’t Use!

1) Old car seat: Dipti ended up registering for one with fastening in the back as opposed to the front strap – big mistake!
2) City Mini Baby Jogger and Car Seat Stroller – Dipti and Sachin only use the car seat stroller right now and can’t imagine a time where they’d use the baby jogger! Even when they go for a walk with Diav, they prefer to put him in the car seat and stroller so that he’s facing them when they walk! For now the jogger remains in storage.
3) 2 Pack-n-Play mattresses: Turns out, not all pack-n-plays are conducive to mattresses! The new parents wanted mattresses in the pack-n-play because the bottom of them are so hard and uncomfortable! She inherited 3 Graco pack-n-plays from her darling sisters. The one that we initially set up in the master bedroom for Diav wasn’t compatible with a mattress because of its rounded corners. Luckily the other one was rectangle with sharp corners that allowed for the mattress! So now they have an extra mattress!
4) Bibs without waterproofing: We’ve all learned the hard way that bibs without the plastic waterproofing in them are pretty much useless! Diav loves to sleep while eating which means milk comes dribbling down his chinny chin drenching his bib! Luckily the Carters teething bibs have this lining and prevent his clothes and chest from getting wet too!

We’d love to hear essential versus non-essential baby items you all have come about! Comment below to share your thoughts!

Back to (Virtual) School