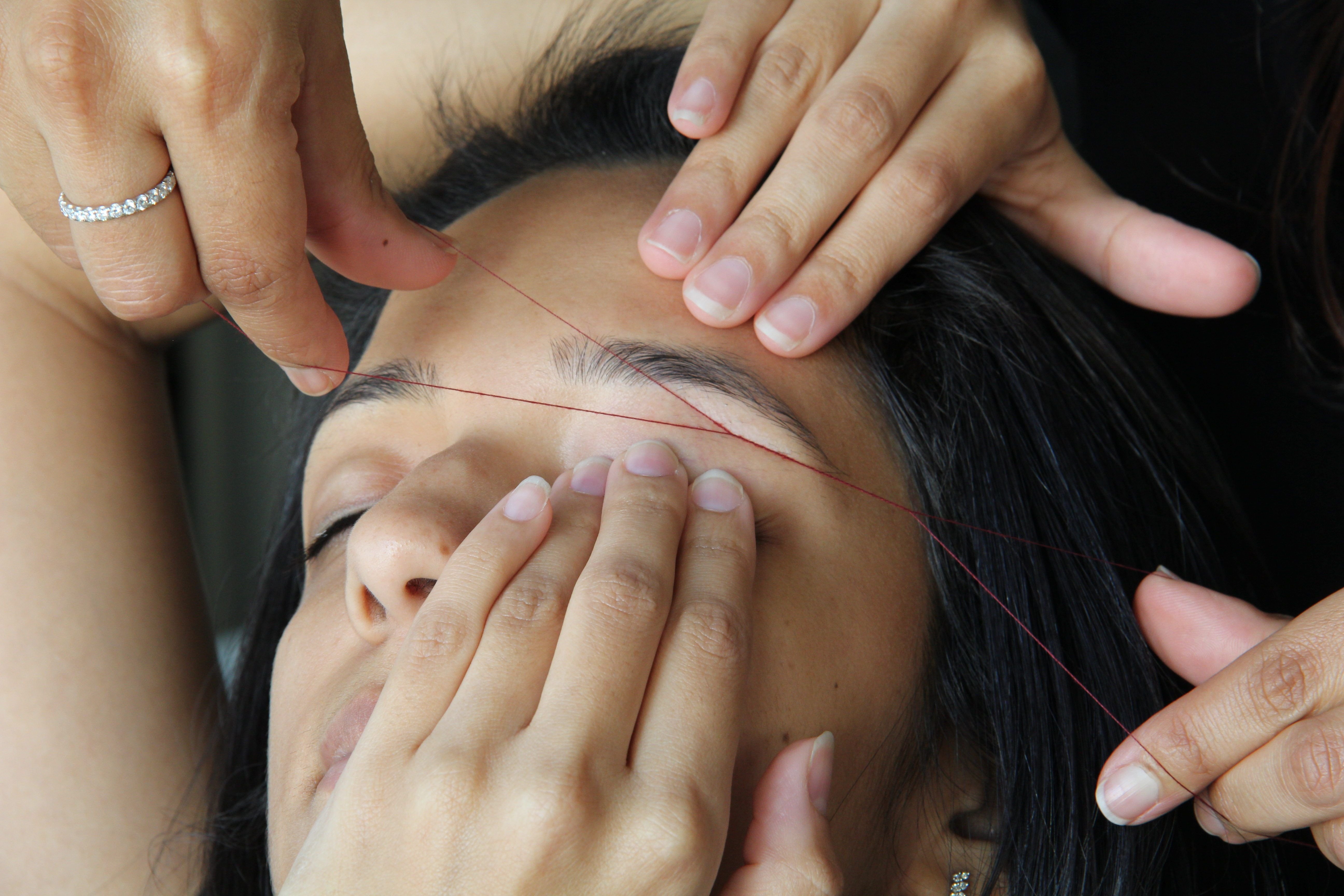 It’s quite interesting to see how many threading salons have emerged in the marketplace, especially in unexpected places like popular malls – whether it be full stores or small kiosks. When we were first allowed to start removing unwanted facial hair, we started with waxing. As a teenager, that was the cruelest form of torture! But as we got a little older, Mommy Vaid pushed us to try threading instead. Yes, at first it seemed like slow prolonged torture, but the results were so much better and lasted way longer!

So, what are our thoughts on the two methods you ask? We found that waxing was not as precise as threading. We also realized that waxing exposes your skin and hair to several different products (tons of powder, wax, whatever strips that salon uses, ointments to reduce the redness and inflammation, etc.). When waxing, you are pulling your skin with the hair that over time, as you age, could lead to early wrinkles. We also think that with waxing, there is always the chance of leaving scars – whether it be burning the skin if the wax is too hot, or pulling too much skin off causing discoloration/bleeding/scarring.

Threading, on the other hand, while it is a little more painful because you’re pulling each individual strand of hair with each tug at the string, it’s WAY more precise and gives more defined shape. But also, when threading, being that the beautician only uses a thread, it does not pull at your skin like waxing does. If we could thread our arms and legs (ok, yes, that would be awfully painful), we would possibly consider it over waxing, but isn’t that what laser hair removal is for?! We have also noticed guys and girls alike pursuing eyebrow threading, which we think is great!

What are your thoughts and preferences?! Have you ever not tried threading!?