Our India/Dubai Travels – The “After Math” 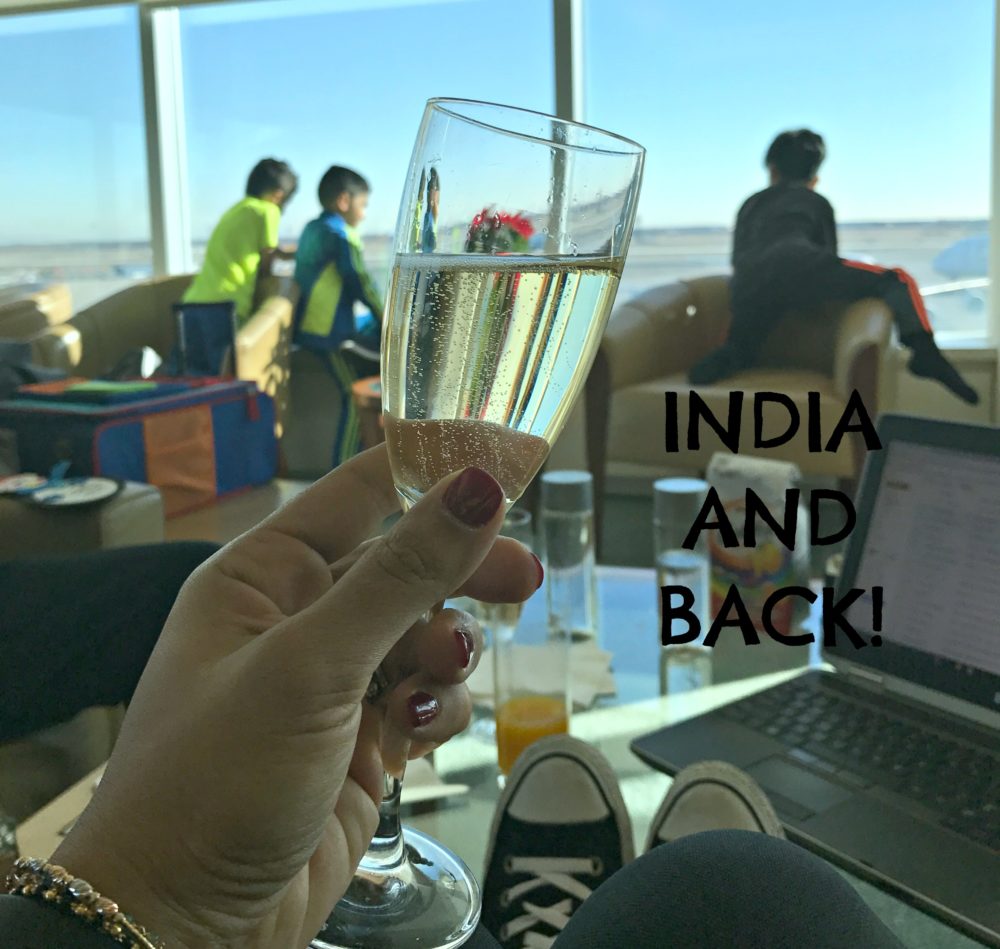 We’re back!!! Not only did Sheena and the boys survive India, but they loved it!! The entire the trip went so well that she is almost nervous to say it out loud. Remember before she left, she shared all her fears and hesitations? Don’t get us wrong, she was definitely walking on eggshells a lot of the time that she was there, but as time went on, she realized that the boys are more resilient than she gave them credit for. As nervous as she was, the kids were as calm (or as she likes to put it, oblivious) as could be and that made the entire trip so much easier. Well, now she is sharing her experience for all those parents that are double-minded about taking their little ones to our motherland. 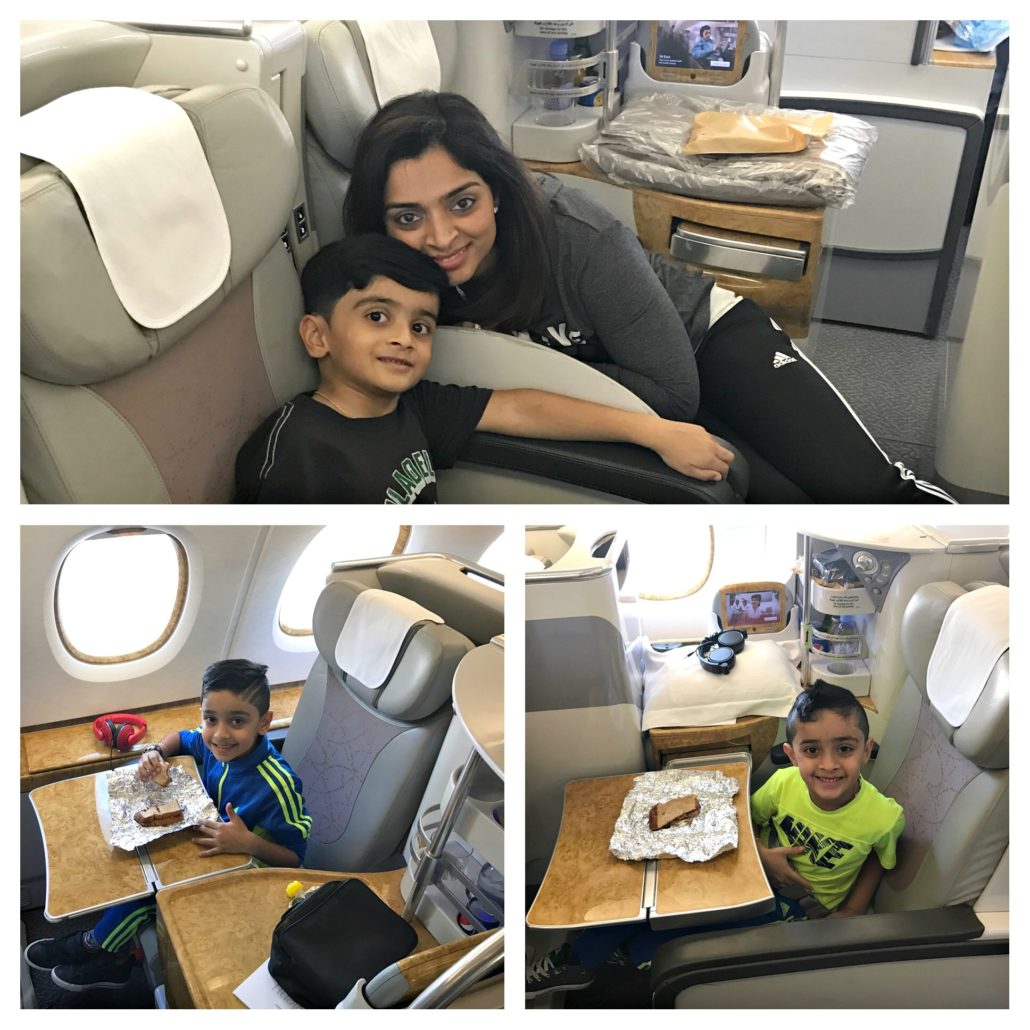 Well, this was the most interesting part of the trip. On the way there, their flight got cancelled 20 minutes after they arrived to the airport (JFK from central NJ is not a close ride) due to mechanical problems with the plane and rescheduled it for the next morning at 10:30am. Samir was not interested in getting put up in a nearby hotel with 3 kids and 15 bags, so they turned right back around and trekked back home. They had consciously picked a night flight so the kids would sleep a few ours after take-off, but as they quickly learned, when you make plans, life happens. The kids ended up doing great on the flight to Dubai which was 13.5 hours. They enjoyed a mix of movies, snacks, meals (they ate one from the flight and the other was homemade) and slept for a few hours. Sheena pre-selected ovo-lacto vegetarian meals for them, as those are usually the pasta dishes that the boys were most likely to eat. They stayed in Dubai for a few days with family and then off to India, no issues!
The flight back was a little more interesting! Samir wasn’t able to board the flight back with Sheena and the kids as he had a little passport mishap (long story). So Sheena headed back home with the boys – ALONE – and was expecting it to be a complete nightmare. She was ready to go home at this point and took her chances. However, it was an amazing experience, the boys were fantastic! They all were on their best behavior. They ate, slept, kept entertained and got through a connection completely fine. It closed out the entire flying experience on the best note ever. 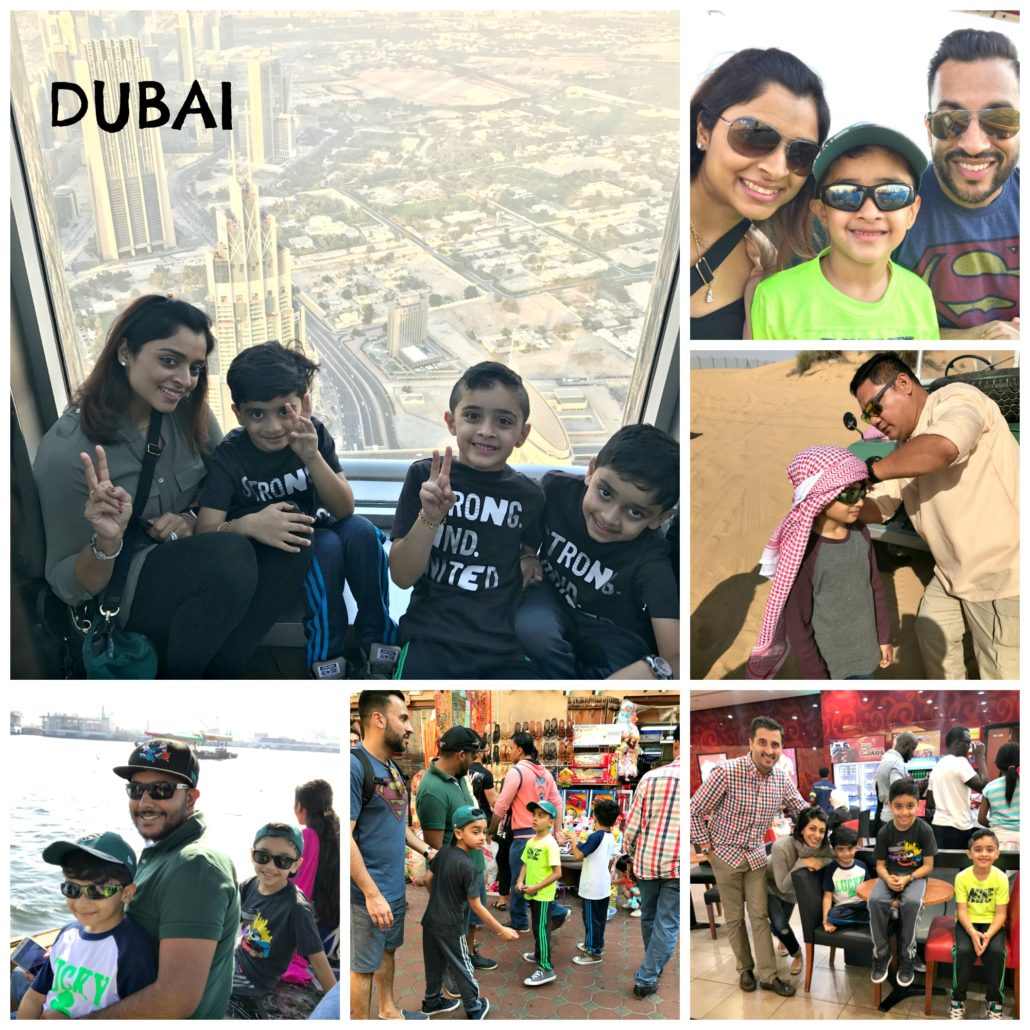 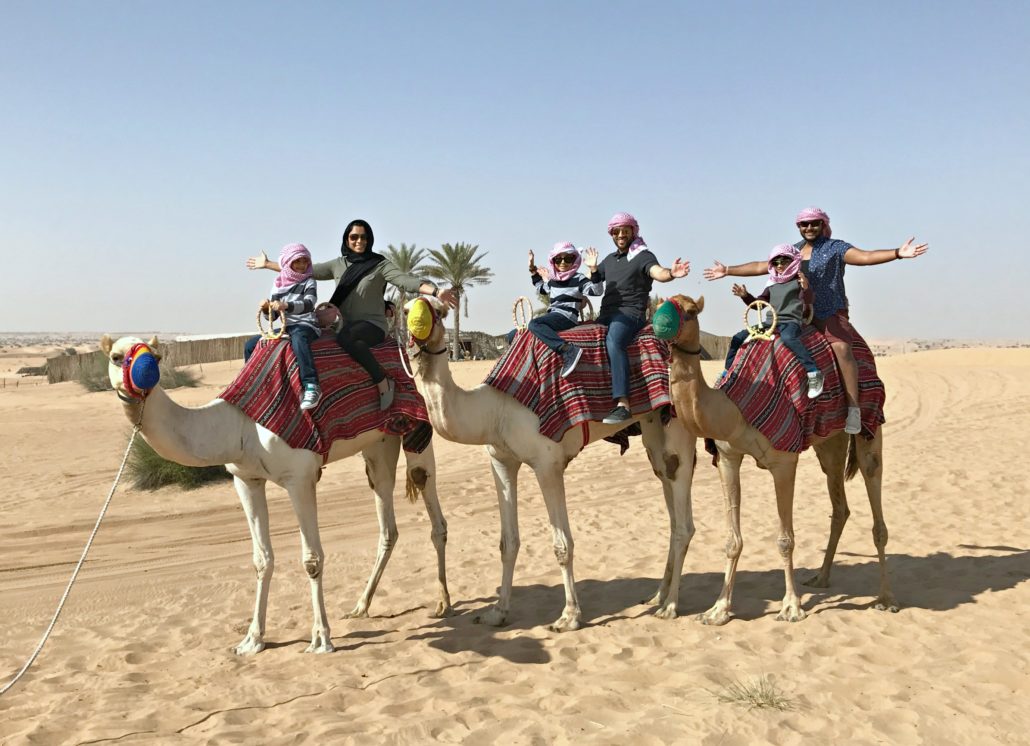 Stopping over a few days in Dubai was the best idea. It gave the kids, Sheena and Samir a nice little layover to explore the city, catch up on the time difference and see family and friends that live there. The boys absolutely loved Dubai, everything was out of this world to them (and to Sheena and Samir too quite frankly). The jet lag took a day to adjust on the way there; however, the jet lag on the way home was definitely more difficult. It took them all about a week to get back to their routine. The kids were sleeping at 5pm and up at 2am for a couple of days straight. It was a struggle but it was nice that they were in their own home for this adjustment. 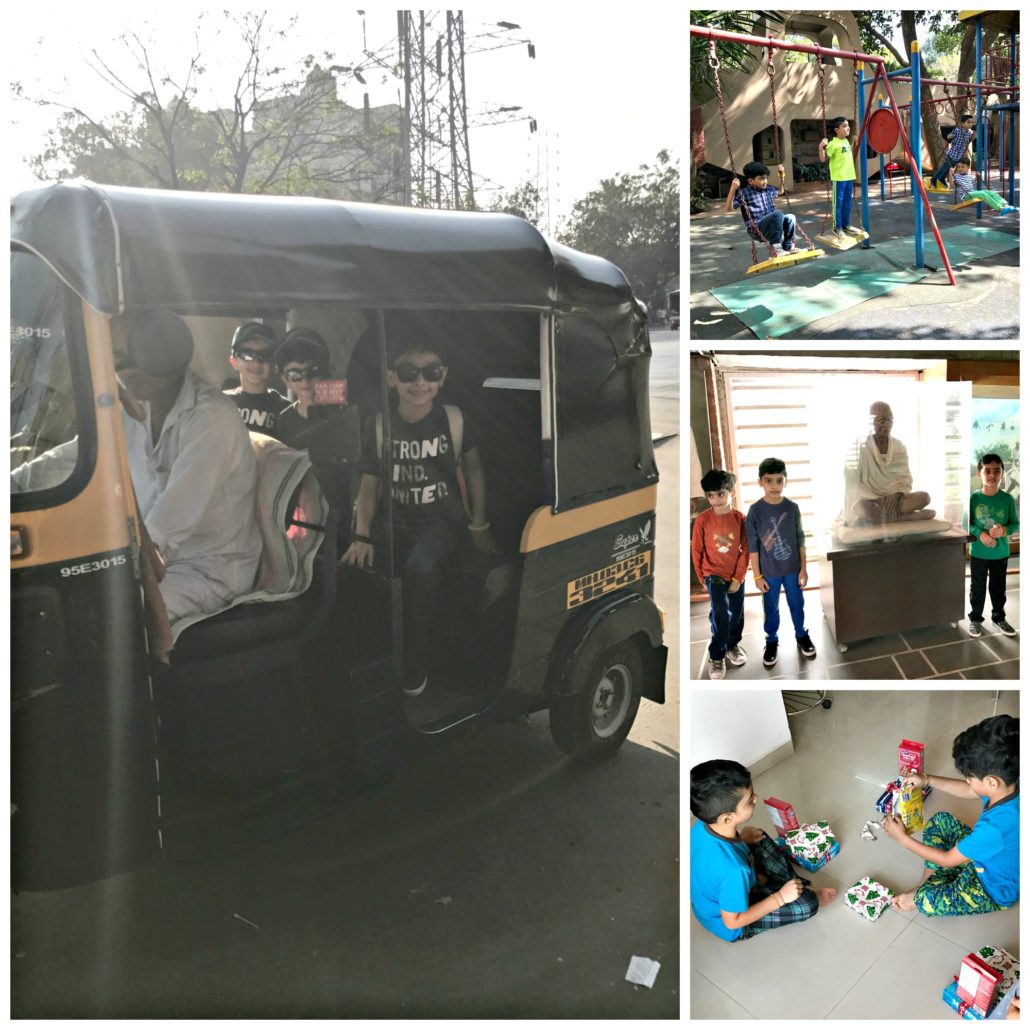 Sheena went into this trip with the absolute worst case scenario in mind (as you all saw from her “before math” post). She packed the entire American grocery store into her suitcases, thinking the kids wouldn’t like any of the food, milk, yogurt, snacks, etc. there. To her surprise, they kids loved everything there and adjusted seamlessly. They ended up drinking the milk and eating the yogurt there (she got the Nestle A+ brand) and were completely fine with it. She mostly stuck to home cooked meals and took them to restaurants maybe twice the entire time – mainly due to their nut allergies. She didn’t have any problems whatsoever with the restaurants accommodating them there. They did enjoy their snacks and food from home as well, so it was a great balance. A list of what she packed in their food luggage is coming soon with necessity tips beside it. Luckily, there were no sick kids during the trip and that was a huge relief. 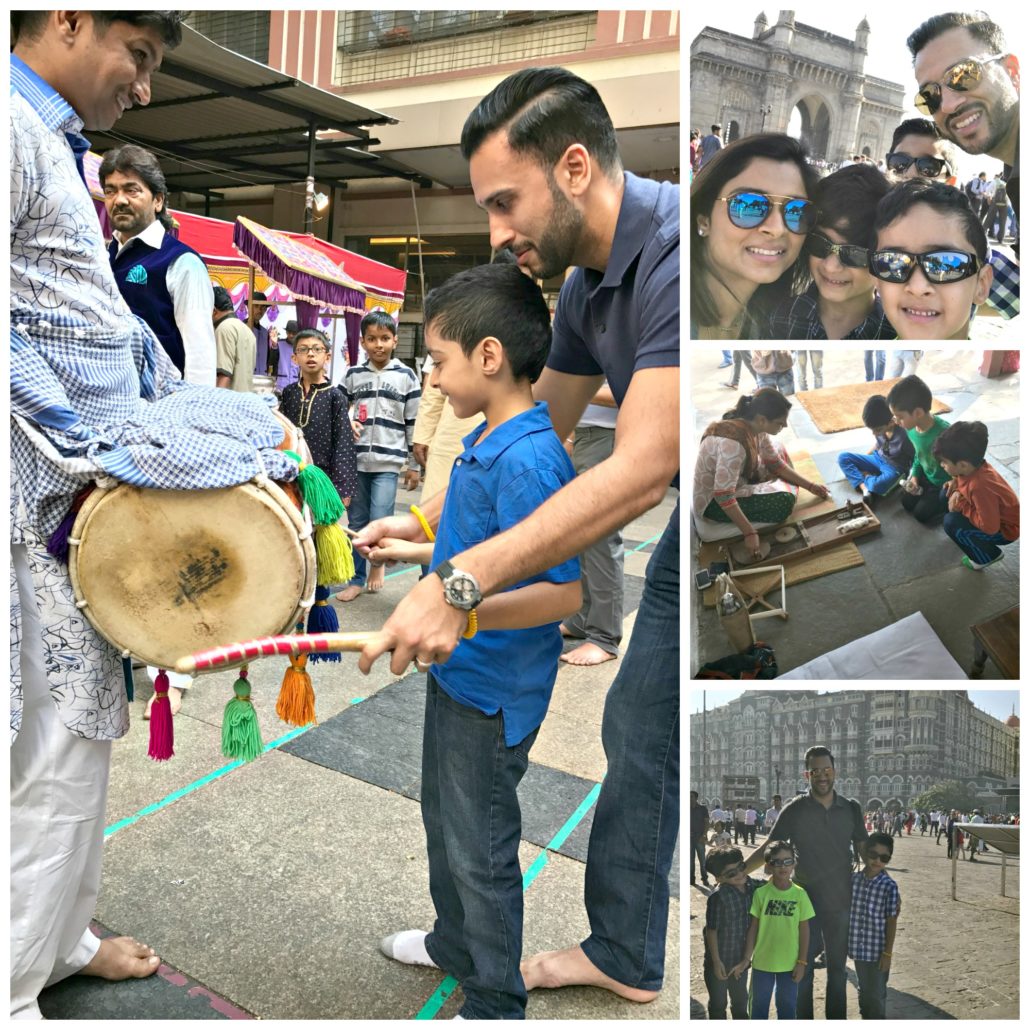 This was the other major fear of Sheena’s after food. With all the diseases going around in India, Sheena was terrified of what may happen in regards to mosquito bites. She went above and beyond packing all kids of repellents from home as well as getting ones there. She was very diligent in making sure they were covered from head to toe with repellant at all times. She also made sure she and Samir were just as protected, as those little buggers can be lethal. She did decide on everyone taking the Malaria tablets; however, after a couple of weeks of Shailin having extreme stomach cramps from them (as well as loss of appetite and energy), she decided that it was too much for him. She and Samir then decided that they would stop the pills for everyone. She would say that was a luck of the draw situation and doesn’t recommend anyone do that without consulting a doctor. Luckily, everyone walked away bite free (she credits it to her over protection) and came home in perfect health. A full list of what she packed for their repellents is also coming soon with detailed techniques of application. 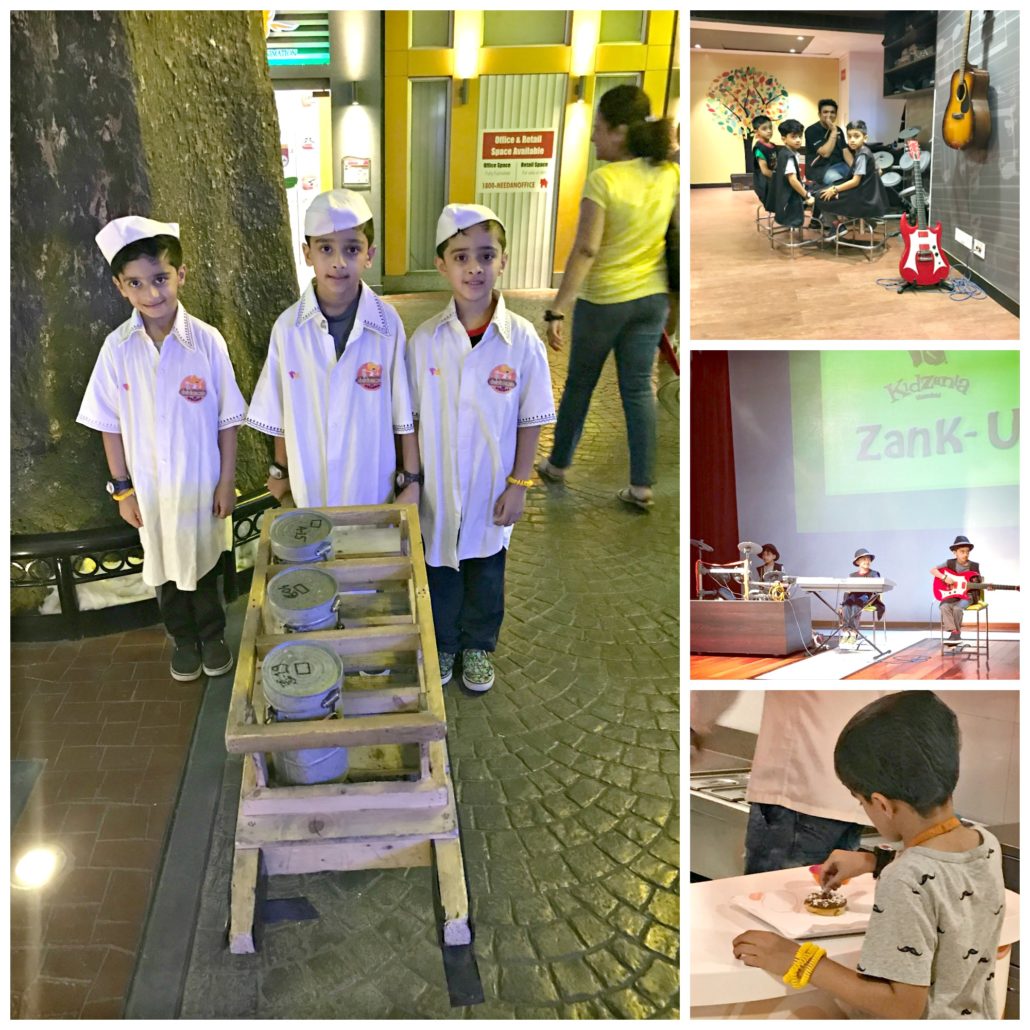 Forget the boys, Samir had the biggest culture shock of his life. He hadn’t been to India for 8 years and he was absolutely floored to see how much Mumbai has changed – for the better. He was amazed at how quickly the country got up to speed with the rest of the world compared to the last time he was there. Between amazing highways across the city, Uber, apps and nightlife, he was pleasantly surprised. As for the kids, Sheena thought they would be completely shocked to see the difference in culture of how kids live in America versus how kids live in India (the dichotomy between the rich and the poor). Seeing homeless kids, beggars, noise, pollution and a country where they didn’t understand most of the people speaking, they had A LOT of questions, but very little judgement. Sheena is truly humbled by her boys reaction to being in India and visiting their motherland for the first time. 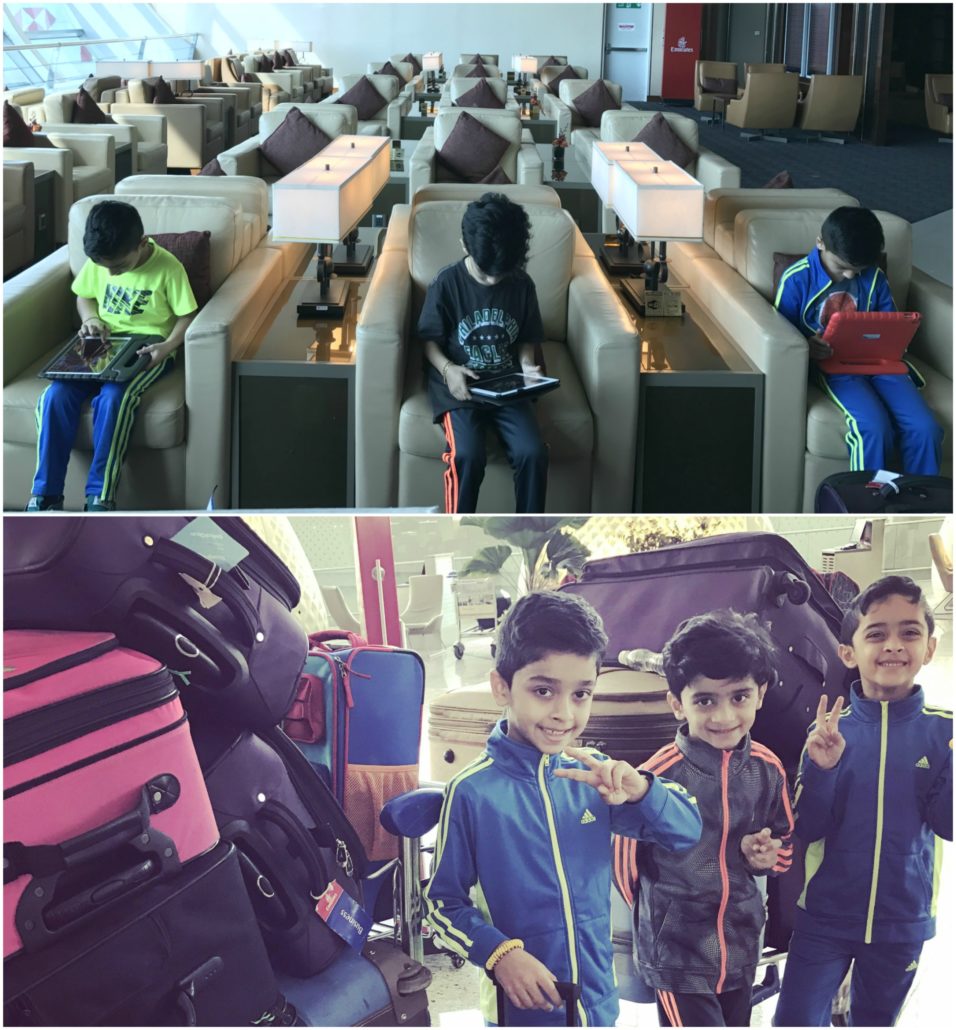 Overall, the entire trip was actually amazing. Thank you god for iPads and headphones 🙂 As nervous as Sheena and Samir were to take the boys to India, they are so happy they finally did it – but are definitely glad they waited until the boys were this age so that they could easily communicate if something was wrong. The immense joy all of Samir’s family felt meeting the kids and being able to interact with them was reason enough. Seeing them adapt so well made them proud of their boys and they can only wish that every trip here on out goes this way. It definitely helped to stay at “home” with Samir’s parents in Mumbai, as that made everything there more comfortable. Having their help was also priceless. They hope that the boys remember their first experience traveling to Dubai and India!!! Would they do it again? Yes, probably, but not for a while now. Missing 1.5 weeks of school was not fun! We appreciate all the feedback, recommendations and advice everyone gave them, it helped a lot! Back to the grind we go!

Stay tuned for a complete list of EVERYTHING Sheena packed for this trip (in those 15 suitcases) and what she deemed completely necessary and what she could have lived without. We would love to hear your experiences taking your little ones to India as well. Do share them with us for next time!
Comments 0
Share This Post
Comments 0
Previous Post Next Post