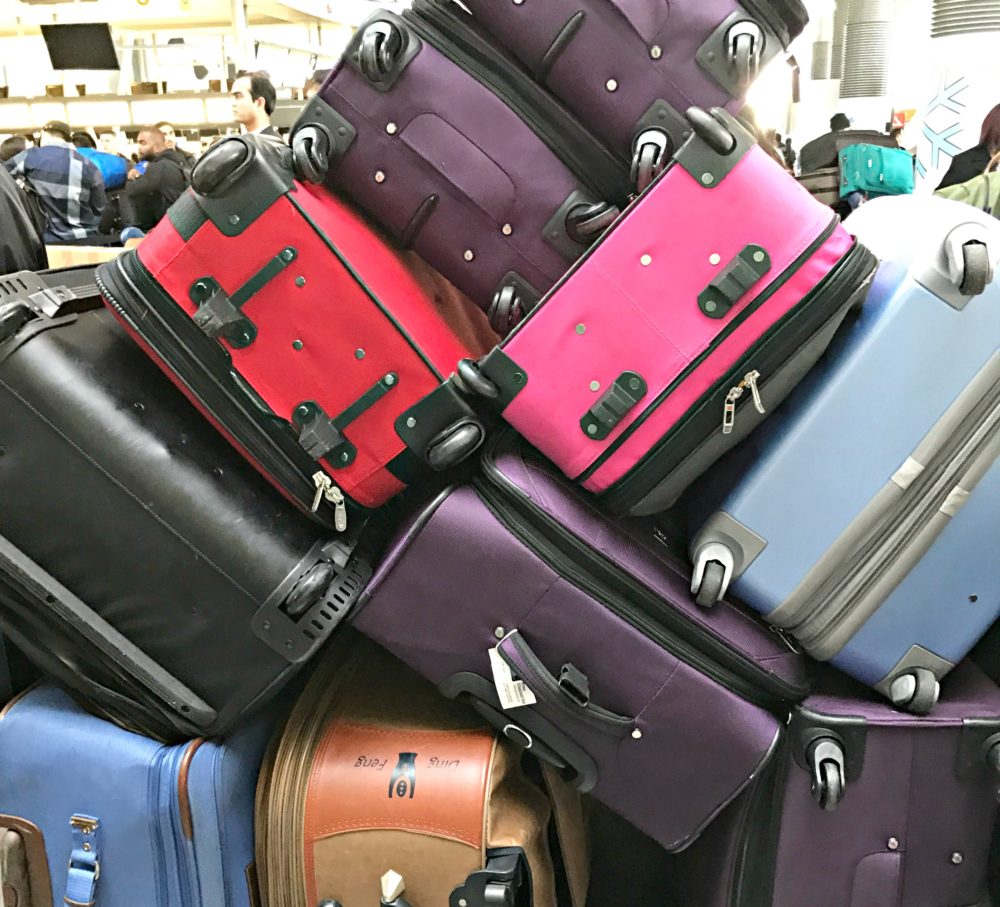 This is a long one….Be prepared… 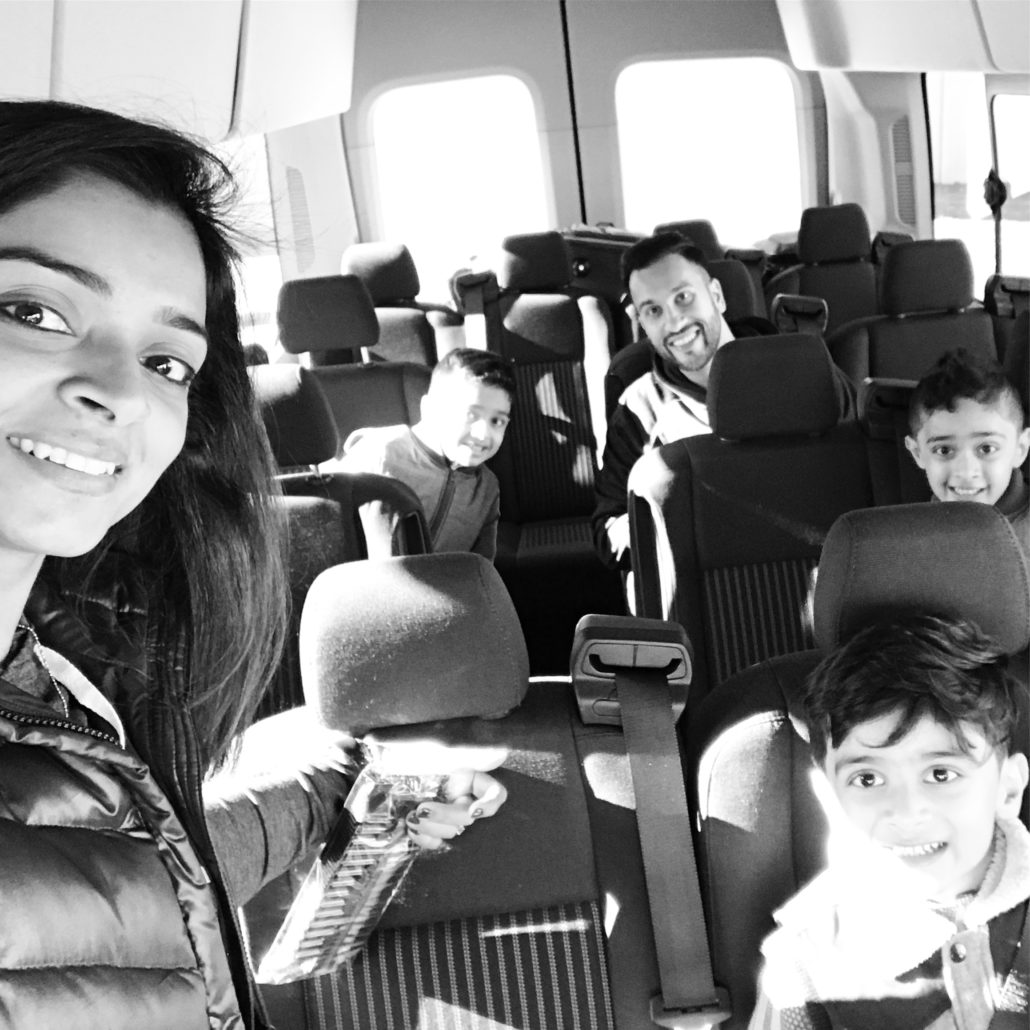 We know, it is absolutely absurd to pack anything and everything in sight when traveling abroad, but for a first time trip to India, Sheena went a little crazy, and rightfully so! She very well knows from her multiple trips there that you can get everything there that you can get here, but she wanted to be overly prepared and she is glad she did it. She wouldn’t have been confident enough to do the trip without her 15 bags of goodness packed away.

She is sharing her packing list of food, mosquito repellants, medicines, kids toys and miscellaneous for those parents that may feel the same way she did. She includes some tips and tricks that she learned along the way as well.

She knew the boys would live on Indian food while there as she planned to feed them home cooked, hot meals as much as she could. Two of them have the nut allergies (explained in detail here) that she thought would remain under control if everything was cooked at home or brought from home where the ingredients are clearly listed on each item. Knowing her boys, she knew that about a week or so of Indian food, they would be missing their other cuisines, so she packed some meal items and a bunch of snacks. Here are her lists!

Milk! This was a huge debate for Sheena and Samir before they left for India. She had heard mixed experiences for some kids being completely fine with dairy abroad and others having an awful reaction to it. Closer to when they left, they had decided that they didn’t want to take the chance there and would just not give them any dairy for the time they were there. However, Sheena knows her boys and they LOVE their milk. She then decided to pack Horizon Milk Cartons – enough for at least once a day for each of them. Yes, that is a lot of milk to pack, but hey, she figured with this much on the list, what’s another 6 cases of milk! She took them along and for the first few days, they were drinking only that milk and so fast, that there definitely wouldn’t be enough to last them the whole trip. Samir then decided to let them try the Nestle A+ brand milk there and see how they did with it. He tried it first and thought it tasted very close to home. The boys tried it, loved it and did great with it. They ended up drinking that milk and the Nestle A+ brand yogurt as well! At the end, we ended up having extra Horizon milk boxes because the boys were drinking only the Nestle one. It was a huge relief to know those fears were put to rest.

She also packed a laundry list of snacks to either bribe the kids with (sugary stuff) or just have on the go incase they got hungry and they were stuck in the horrific Mumbai traffic (which thankfully didn’t happen). These snacks came in handy from takeoff to landing in and out of home. There were some that were more handy than others. For the plane ride, she had her mom make thepla (Indian food) and packed cold yogurt in a FreezeIt lunch bag in her hand luggage. It went through airport security perfectly fine. Snacks…

Besides food, Sheena was overly prepared with medicines! She wasn’t taking any chances whatsoever. She wanted all American brand medications only because she wasn’t sure if the boys would have any alternate reactions to the Indian medications if they needed it. Her list of medications and mosquito repellents is below.

As for the repellents, Sheena realizes she went a little crazy but that was such a big fear going into it that she didn’t want to take any chances. Her basic routine for the boys and even herself, right after bath, she would mix a drop or two of the tea tree oil into the lotion that she was applying all over the body. She would then spray the kids clothes with the Family Care OFF repellent before putting it on them and then dress them. She would do the same for herself and Samir, however, she used the Deep Woods OFF for her and his clothes. Before leaving the home, she would stray the kids with the Badger Balm Spray and place a patch on their shirt near the shoulder area. She would put one of the bands on the ankle and another on the wrist before they went out for everyone! The GoodNight PlugIns were always plugged in around the home at all times. Yes it was a little obsessive, but hey, better safe than sorry! Thanks to her besties for recommending most of the products on this list, it was a huge help (all links in chart above)!

Another big thing was water! Sheena’s mother in law knew how crazy nervous she was about the boys accidentally drinking any unfiltered, non-bottled water there. Her MIL boiled the bottled water for the boys every morning so that Sheena could have some peace of mind. Sheena was so nervous that she even had them brushing their teeth with the boiled water. A few days of the brushing and Samir lost his cool and started brushing them with regular tap water without Sheena knowing. Shailin spilled the beans to Sheena and WW1 broke out. Quickly, Sheena realized that maybe the brushing part was a bit to much because the boys know how to spit it out, so she let it be since they were ok. Other than that, they were strictly drinking boiled water and on the occasion, bottled water.

In all the maddess of food, milk, water, lysol wipes (tons) and mosquitos, there was also a lot of fun. Since it was going to be Christmas while in Mumbai, she didn’t want the kids to miss out on the spirt of Santa Clause and everything that comes with the holiday. The boys wrote really sweet letters to Santa telling him they will be in India and if he could detour a little and drop their gifts off there. Sheena’s heart melted, so she packed in a few Christmas decor items and presents for the boys to open Christmas morning (India time). They loved it and were so happy “Santa made the trip out there.”

As for clothes, Sheena was convinced that she would have them wear long sleeves and pants the entire duration of the trip so they wouldn’t get bitten my the mosquitos. She figured, they would be in air conditioning for the most part, so they will be fine. However, that plan backfired. It was so incredibly hot there, the kids were utterly uncomfortable in long sleeves, so luckily she had packed short sleeve shirts as well. She ended up overpacking in that department because she just wasn’t sure of the weather. Momma D also ended up doing laundry everyday, so there was never a shortage of clothes. Ah the pleasures of living in your own home when traveling.

All in all, they realize they were OVER prepared for this trip, but it set the tone for the trips to come. They won’t be as nervous and may end up packing 10 bags instead of 15 next time. We hope these lists help you sort out life before traveling to India. It was an amazing trip and they did lots of amazing things, which you can see a lot of on her Instagram. Those that were asking what was in those 15 suitcases, there you have it 🙂 If you have any questions, feel free to email us at info@runwaysandrattles.com or ask below! Happy Traveling!

Remember when Sheena dished on everything she was fearing before this trip? Well, she is glad those fears are over.

Behind the Scenes Part XV