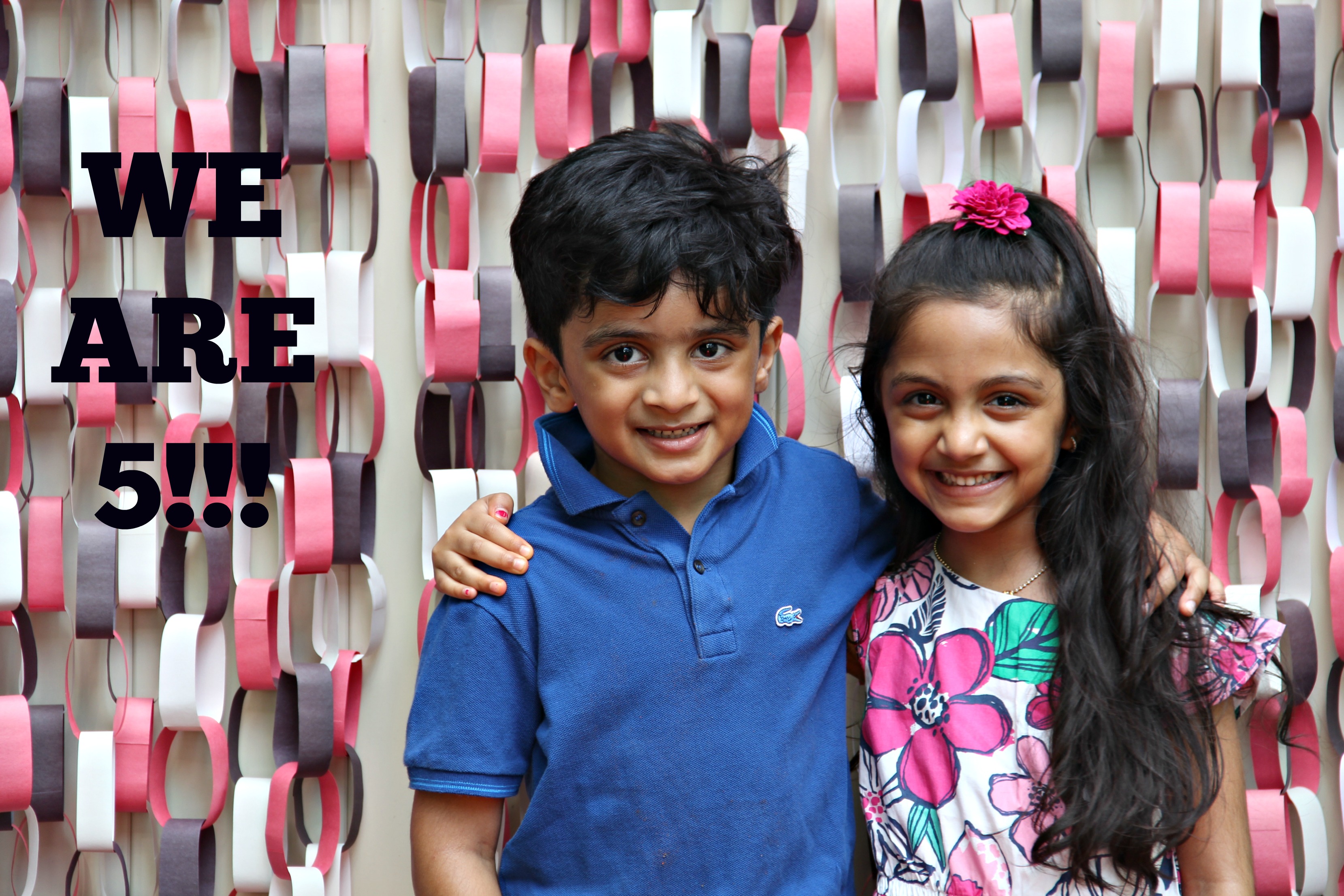 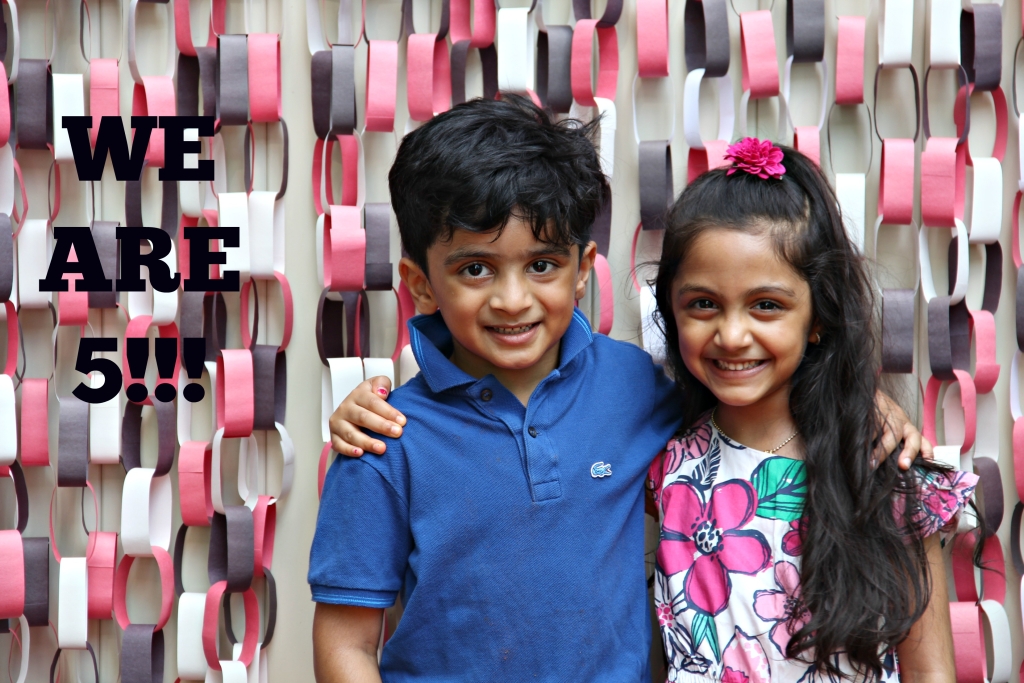 It seems like time is just flying by as these kiddos grow older and older. Seeing them go from little babies, to tantrum throwing toddlers, to understanding (most of the time) little people, has been quite amazing. The things that come out of their mouths and the maturity they sometimes show always blows our minds in the moment. Let’s not get carried away though, there are still those insane tantrums and complete loss off logic moments, but we still love these little humans in our lives.

Sheena’s baby and Nina’s first born turned 5 this month and we all celebrated with a bang! Sheena is all about big birthday parties every year and Nina is more about celebrating the milestone birthdays. This year was just that and we partied hard! We started with the pool party idea at Nina’s house, but then that completely changed the concept once Nesa (Nina’s little one) was born and we realized hosting the birthday celebrations at her house would just be chaos with an infant in tow. That’s when we went back to the drawing board! With the idea from Sheena’s friend, Rena, we came up with a ‘Movie Under the Stars’ in Saiyan and Naya’s Backyard Movie Theater theme and it all snowballed from there!

Rena created a lot of the decor for us, like the chain backdrop in our cover photo! She strung together red, white and black strips of construction paper to create these chains that looked amazing to take photos against! We set up a snack table full of different snacks for the kids to munch on before dinner that kept their little tummies satisfied. 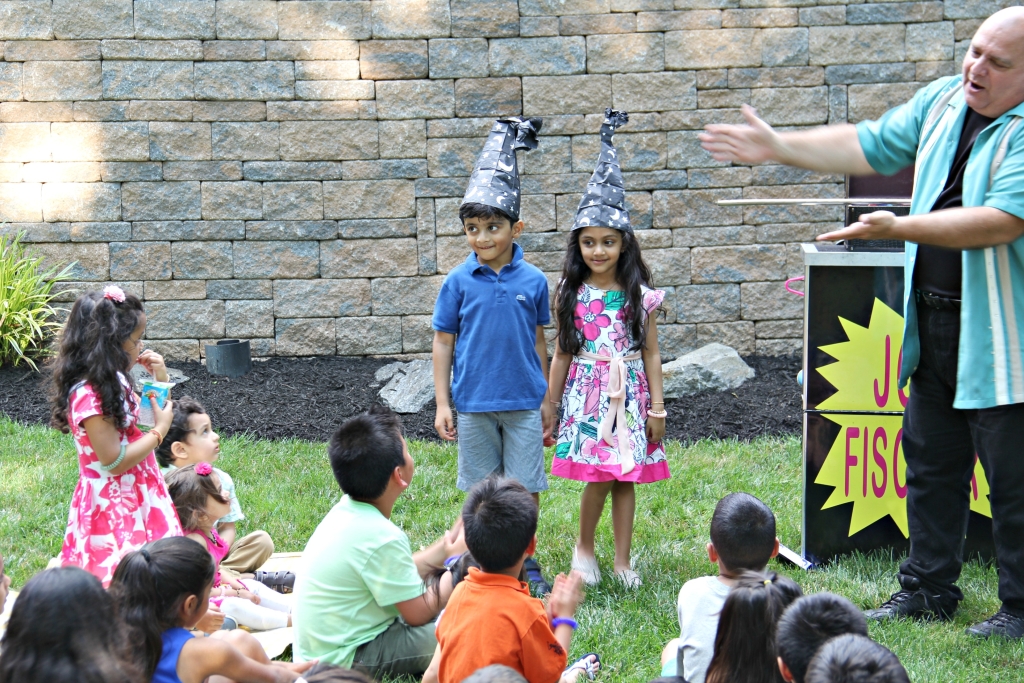 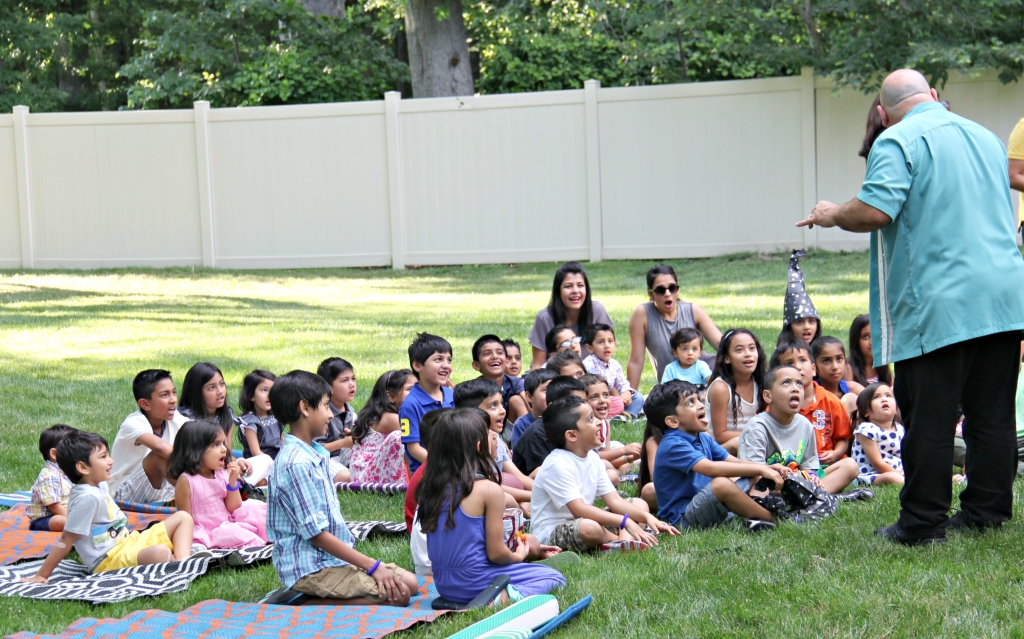 We called all our guests over at 5pm and started with a magic show for an hour. This magician was an expert with little kiddos, he was able to keep all their attention for the full hour! The kids were kept busy and the adults were able to chit chat! The magician involved most of the kids (especially the birthday children) in all of his tricks, which kept them all interested! Sheena bought awesome beach mats from 5 Below and spread them on the grass for the kids to sit on! 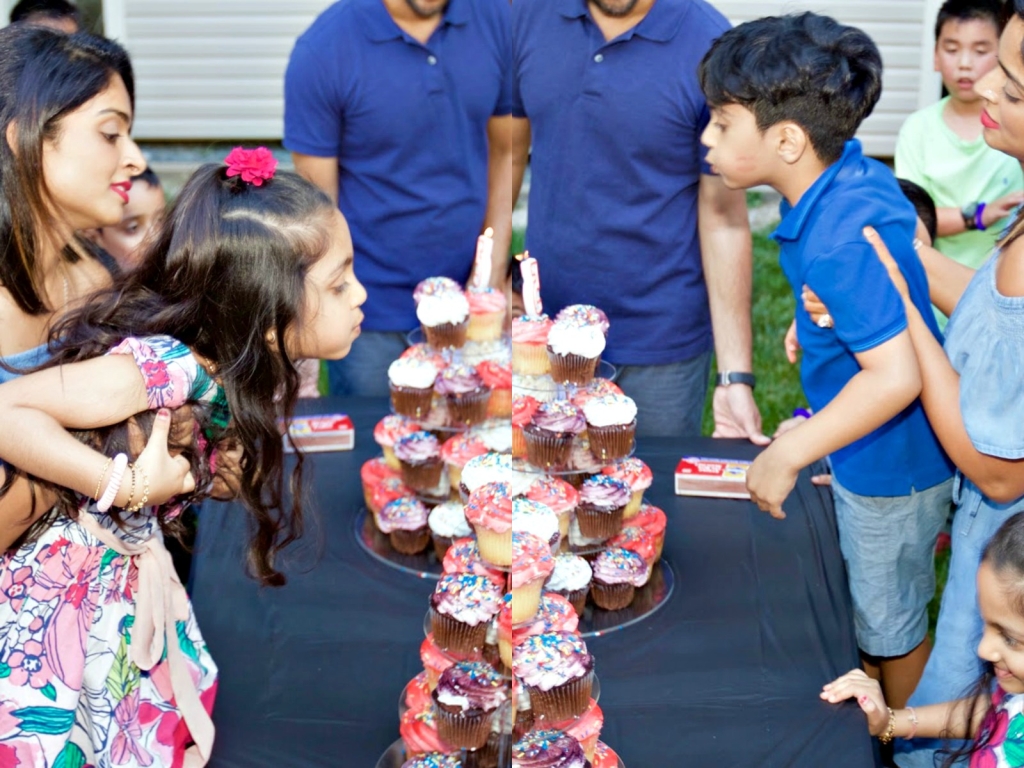 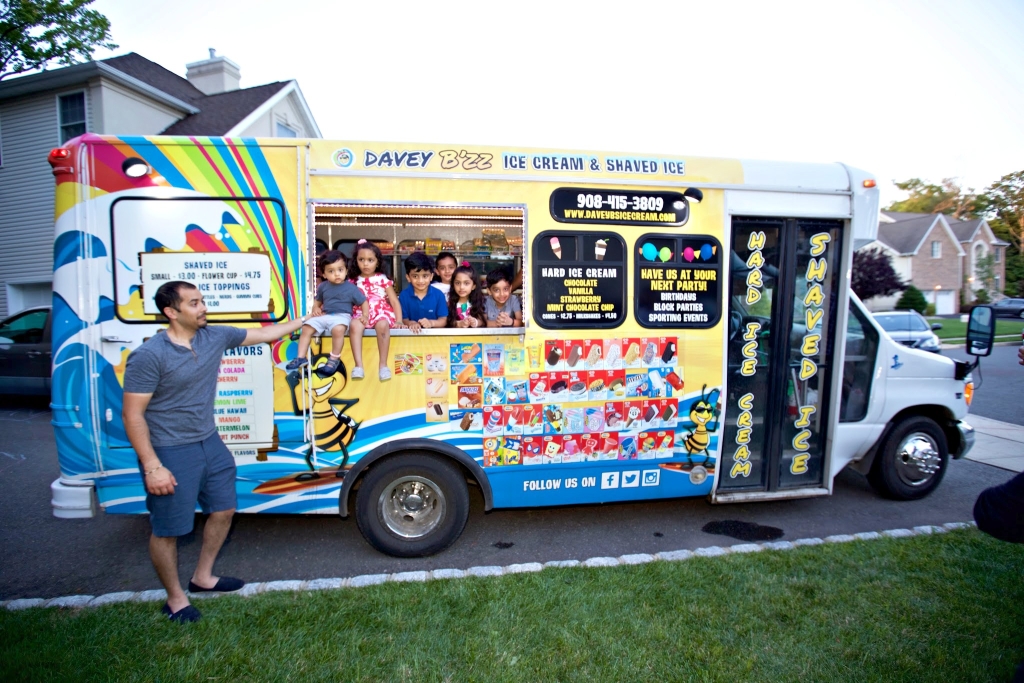 After dinner came DESSERT! This was a total sugar rush for the kids! After cupcakes, we hired an awesome Ice Cream truck to come to the house to serve all the kiddos their favorite ice creams and shaved ice! The truck came down the street playing the Ice Cream truck music to grab everyone’s attention. The kids were so excited, they all ran to their parents to ask for money and ran over to the truck! It was so cute to see all their faces light up when they realized they didn’t actually have to pay for the ice cream! 🙂  The highlight of the truck was that Saiyan and Naya were able to get on that truck and serve ice cream to all their friends! 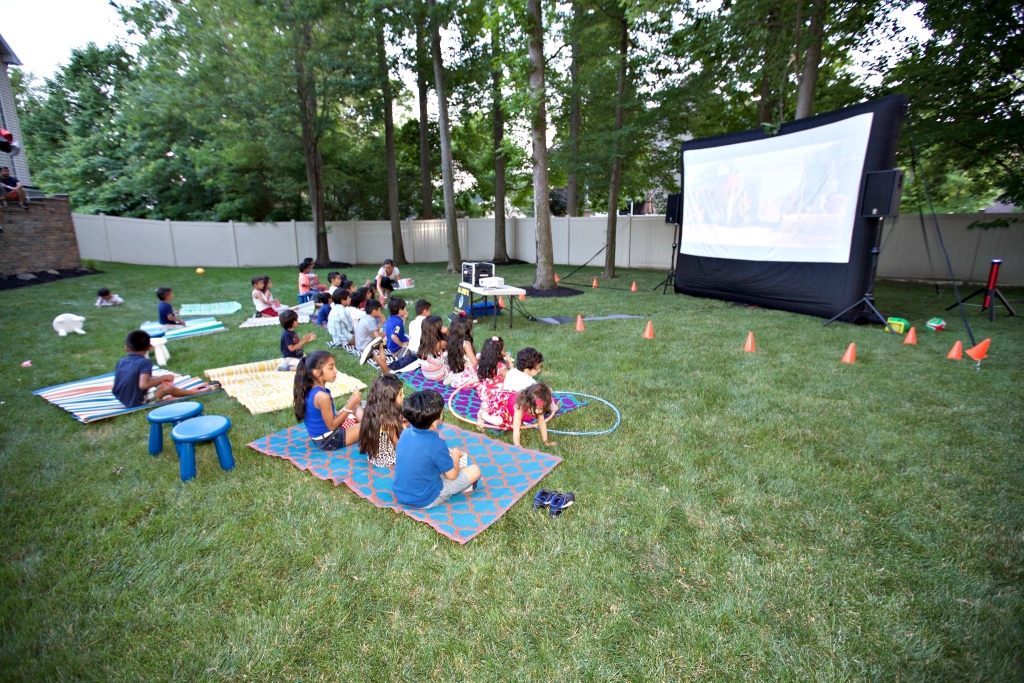 Since we were hosting a bunch of 5 year olds (for the most part) we had one small issue with this theme! At the end of June, the sun doesn’t set until 8:45pm, so for it to be dark enough for the movie to actually show up, we needed to wait until then. However, with a bunch of little kids, it was hard to wait till so late with early bedtimes.

We rented a huge 12×7 inflatable movie screen with projector and speakers from a local rental company. They came and set the whole thing up and sent a technician to stay there during the movie incase there were any mishaps. Once it started to get dark and the shade really set in, we started the movie! The kids are obsessed with Zootopia right now as it was the most recent movie they saw in theater and all their friends are still talking about it. We showed that movie and all the kids had so much fun watching it. We served popcorn during the movie to create a theater experience. 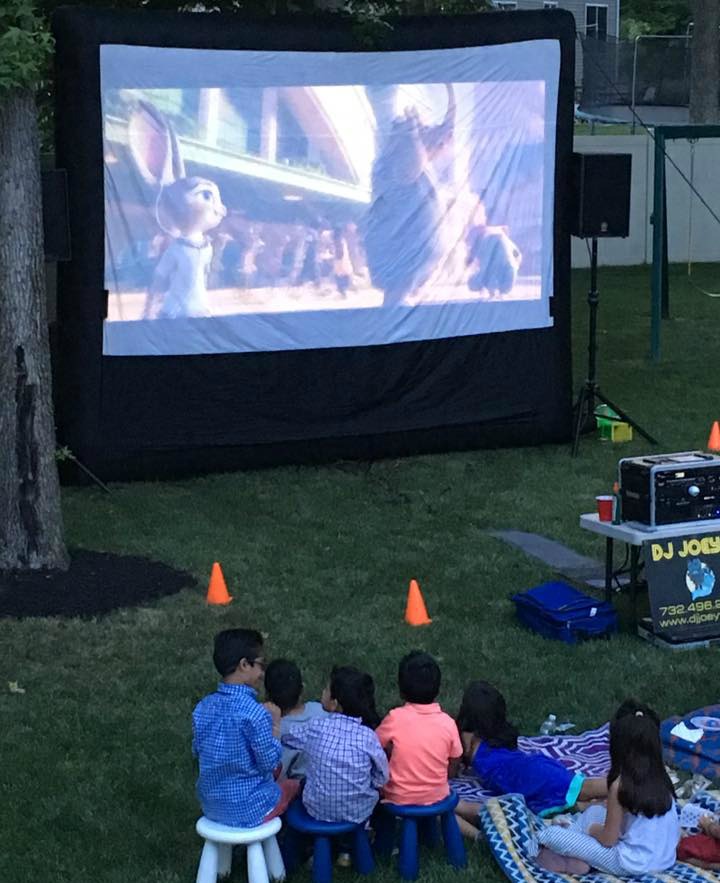 The kids had fun, the adults had fun and our kiddos are now a year older and starting Kindergarten in the Fall! Time really does fly when you are having fun! A special thanks to all their friends for coming out and celebrating these two with us, we all truly enjoyed your company!

Behind the Scenes Part IV