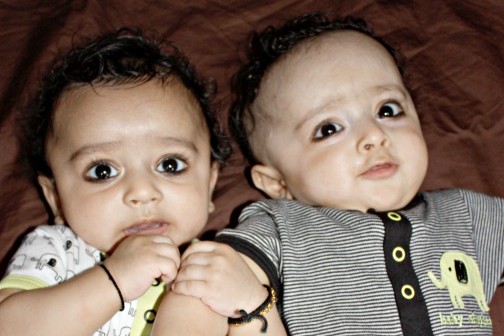 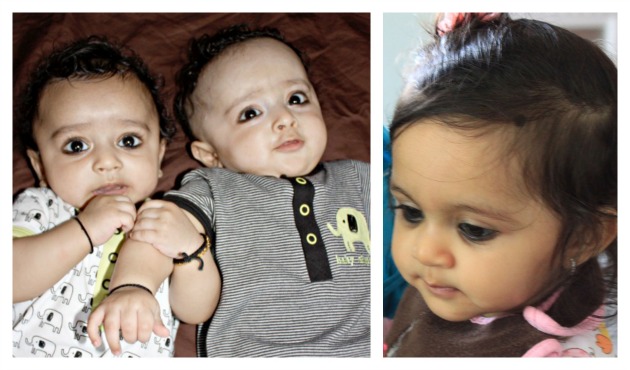 Our mom swears that applying black kohl in babies’ eyes (both, girls and boys) will strengthen their eyesight as they are growing up.  Kohl is also traditionally used to place a black dot on children and adults to ward off the “evil eye,” which we’ve been doing in our family for generations! Mommy Vaid loves reminiscing about when we were babies and how she used to put it in our eyes and behind our ears every day.  She says that is the reason none of us had glasses until Dipti in her late 20s (and she blames that on computers!).  So as per Mommy Vaid we do what we’re told. The best part of Mom’s advice is to make the kohl ourselves instead of buying ready-made stuff from the Indian store so as to keep it all-natural. Check out Mom’s method below: 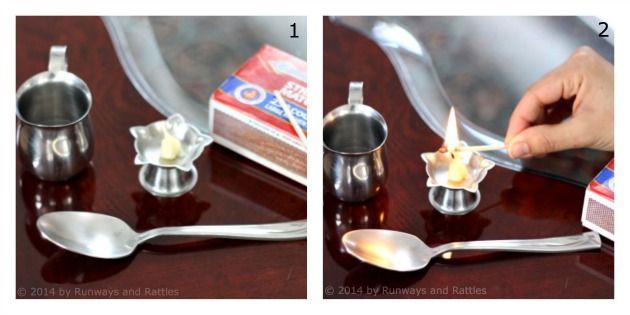 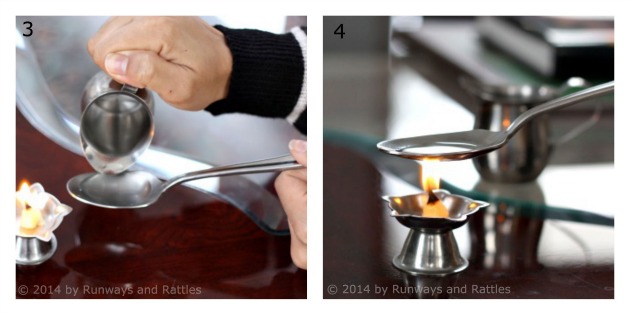 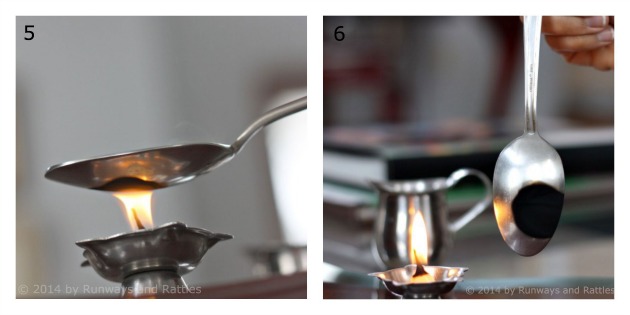 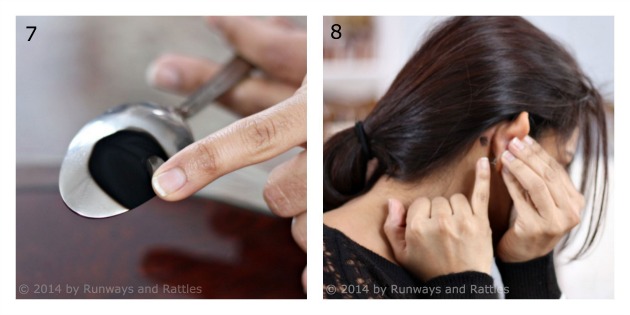 1. Materials: metal spoon, box of matches, water and a castor oil diya (usually made from a cotton wick dipped in castor oil).

3. Add a small amount of water to the spoon

4. Hold the spoon on top of lit diya (as shown) so the bottom of the spoon is touching the fire.

5. Move the spoon around ever so slightly so the black kohl that is developing at the bottom is developing on a larger surface under spoon.

6. Once the kohl is made, discard the water from the spoon. You can make as much or as little by moving the spoon around while it is touching the fire to cover as much area as you would like. Make sure to blow out the diya once you are finished making it.

7. You can use the kohl by rubbing your finger on the bottom of the spoon to get the kohl on your finger and apply where desired.

Top 5 Recipes in Under 10 Minutes