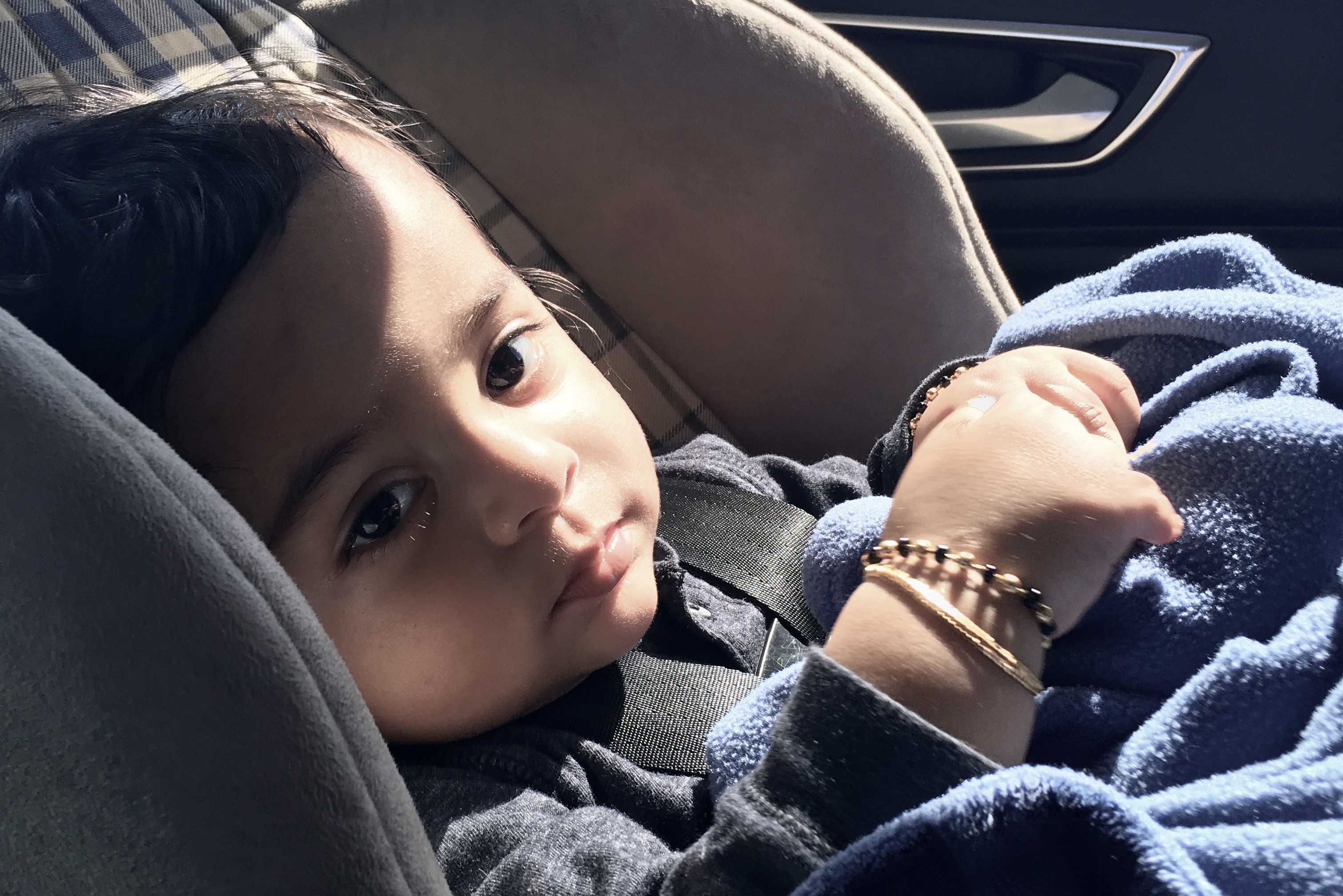 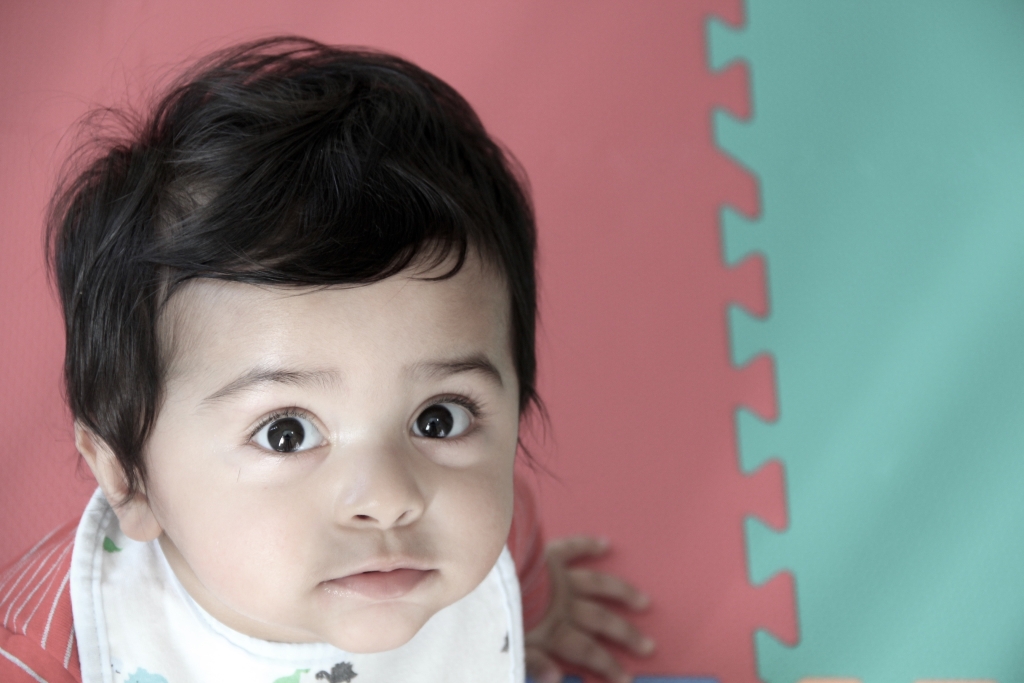 Okay, let us start off with a disclaimer: this is NOT a medical blog, not medical advice, not meant to be in any way taken as the norm of what happens to every kid with this disease. This is Dipti’s experience with this horrible virus, only being shared in hopes that people will read it and share their experiences of what happened, what worked, and what didn’t.

Baby D’s experience with Hand Foot Mouth Disease (HFMD) was quite the experience for us all. None of the other kids had it before so it was a first time for everyone. Luckily Dipti had the help of some of the best doctors, nurses and friends in the world who all helped them get through this miserable experience! Here is how it went (please note that the experience below is from Dipti and Sachin’s perspective):

Day 1: We noticed D had 2 bumps on the back of his hand and one under his lip and thought that he had gotten bug bites 3 days before when we spent all day out at kids’ birthday parties. So, we thought nothing of it. He also had a bad diaper rash from transitioning to whole milk which all of a sudden was burning when we wiped him but we didn’t put the two together. We were using Desitin for the diaper rash and using only water to wipe him down.

Day 2: The bug bites became 3 on his hand which was weird but still thought nothing (don’t judge, we didn’t even know what HFMD was!). That evening D randomly got a fever of 102.1 degrees F for the first time in his life. We were distraught and had no idea what was going on. We gave him Tylenol, he threw it up. A couple of hours later we tried giving him Motrin and he kept it down. Around 8:30pm he still had a fever of 101 degrees F so we called the doctor. The nurse told us to bring him in the morning if he still had a fever. That night D stayed up all night with a fever, tossing and turning, super uncomfortable. We tried to monitor and control the fever with Tylenol/Motrin throughout the night but he continued to remain very uncomfortable.

Day 3: D had a fever of 102.4 degrees F when he woke up so we took him to the doctor. We mentioned the bug bites and diaper rash so the doctor checked his body to find 2 more bumps on the side of his feet and thankfully none in his mouth. He was officially diagnosed with the Coxsackie string of HFMD. That day D barely had any solids and stuck to milk the entire day. He was making wet diapers though so we were told it was okay to skip solids. More bumps started appearing under his mouth, on his cheeks and behind his knees. That night he was up all night with a fever of around 101 degrees F. Again, we tried to control it with Tylenol/Motrin.

Day 4: Thankfully, he woke up with no fever. He did, however, have blisters all over his mouth and cheeks, tons on the back of his hands, and more behind both knees. He was itchy, cranky, and still not eating solids. He stuck to milk and had maybe a total of 4 ounces of very liquidy food. The blisters were itching him like crazy so we put Benadryl itch cooling gel on them. Some of the blisters had gotten really big and red so we also put children’s Neosporin on those to prevent any skin infection. The itching didn’t stop so we finally decided to give him Benadryl for the night in hopes that he would get a night of rest without itching. It worked! He finally slept the whole night.

Day 5: More blisters! I was beside myself because I thought Day 5 would be the turning point to being on the mend. D woke up with more blisters on his fingers and feet. None on the soles of either, which we thought was weird because HFMD blisters are usually on the insides of hands and feet (I don’t recommend google images, it’s horrible!) but the doctors assured us it was normal. He was still itchy so we gave him a bath using Aveeno Soothing Oatmeal Bath and used Aveeno Eczema Moisturizer mixed with Neosporin on the bad blisters. We also gave him Benadryl again to help the itching while he slept.

Day 6: A new rash! The universe was cruel. D broke out in a rash all over his legs – teeny tiny red dots all over his legs. They didn’t seem to bother him but they were new. The doctor said they were normal and a sign of recovery – really?! His blisters started to scab over and looked worse than ever before. He was eating solids again, drinking milk normally, and in much better spirits. (He even started walking more than 2 steps!!! Sick but productive!) We still bathed him in the Oatmeal bath and used the Aveeno lotion. His itching seemed to subside slightly so we put the Bendaryl gel on but didn’t do any liquid Bendaryl. Thankfully he slept.

Day 7: No more fevers, no more new blisters, no more cranky baby, and no more medicine! We are officially on the mend! D was back to eating and drinking properly, playing, and generally my happy little baby again! His older blisters were almost all scabbed over. We were still bathing him in the Oatmeal products and putting Bendaryl itch cooling gel on his blisters. The new rash was still there but didn’t seem to be bothering him. The blisters didn’t seem to be itching him too much so we tried not giving him Benadryl at night and thankfully he was comfortable and slept.

Day 8-10: Sanitizing the house! After much research we used Seventh Generation Sanitizing Spray for his toys (spray and wipe with paper towels) and Lysol for the playroom mats, his changing table, the couches in the playroom, and basically everything else. I also sprayed down the entire house (everything from floors to tables to carpets to kitchen cabinets – anything he could have gotten his hands on). By the way, I did this first on Day 5 just to get a head start and make sure he wasn’t spreading his germs too far! I did it again on Day 8 and 10. We also tried to use diaper rash creams and A&D from tubes so that we didn’t infect whole tubs of it with the virus. 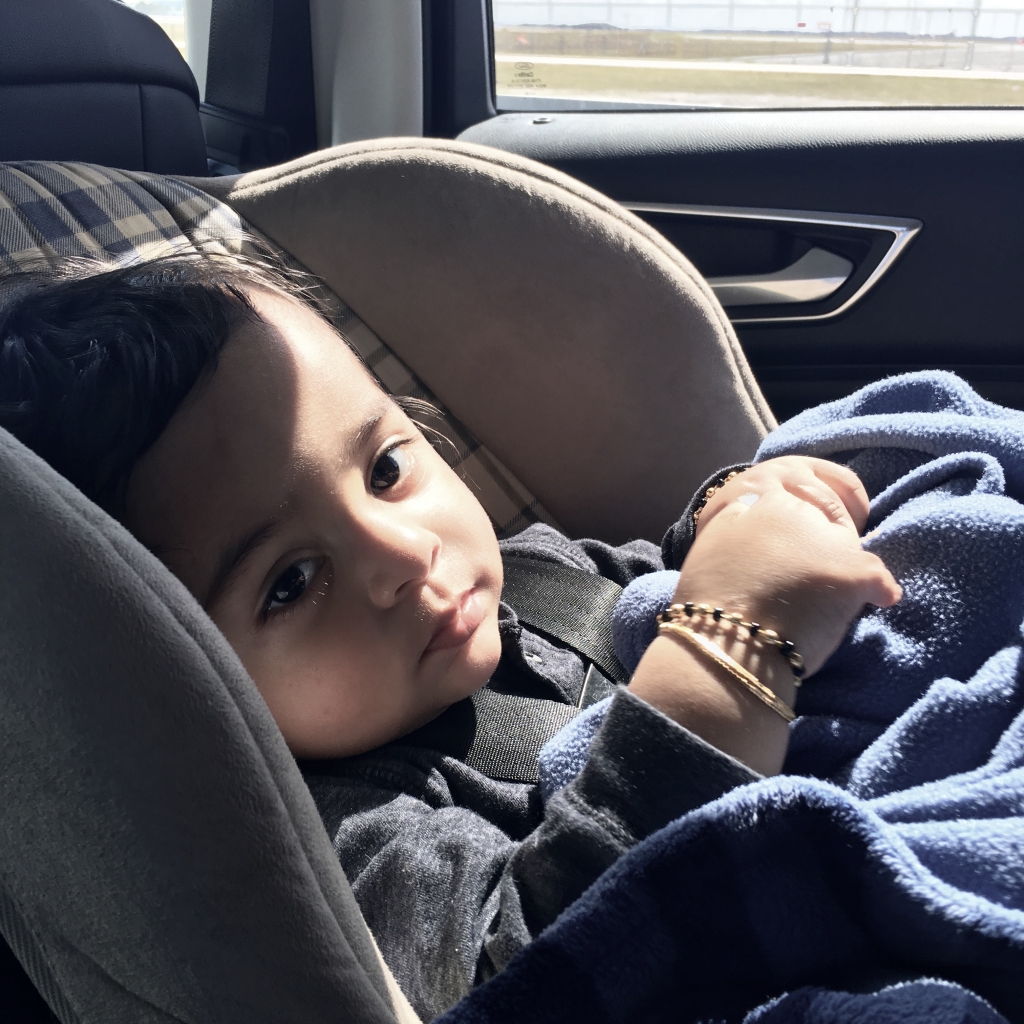 Day 11-13: All his scabs came off and I saw his new pink skin – FINALLY! Sheena suggested I put Vitamin E oil on his new skin to prevent any scarring so we’ve been doing that for 2 days. His diaper rash is all gone, the blisters behind his knees and on his face are all cleared up with no scars. The scabs on his hands came off and the skin is on its way to healing. He finally left the house on Day 12 to go to his Nani’s house where he’s his happiest! He even got to see his brothers who he is obsessed with! Sachin and I also finally left the house and spent the weekend with friends. We’re back to our normal life and HFMD is hopefully behind us. Of course we know that the virus is still dormant in his stool and saliva so we are VERY diligent about washing our hands, making sure to tell others to wash their hands and being sanitary with his diapers. We are still using diaper creams from tubes to prevent contaminating the tubs and clean up thoroughly after poops.

Though this was the worst few days in the Junior Dedhia household, we got through it! I wanted to share this story because I had a tough time finding things online that helped me day by day. I hope this helps parents in the future!

Hand Foot Mouth Disease, YOU STINK and I HATE YOU!

Gown Fit For a Gala

A little bit about Sheena…